Suh sticks with sticks that work to begin pro career 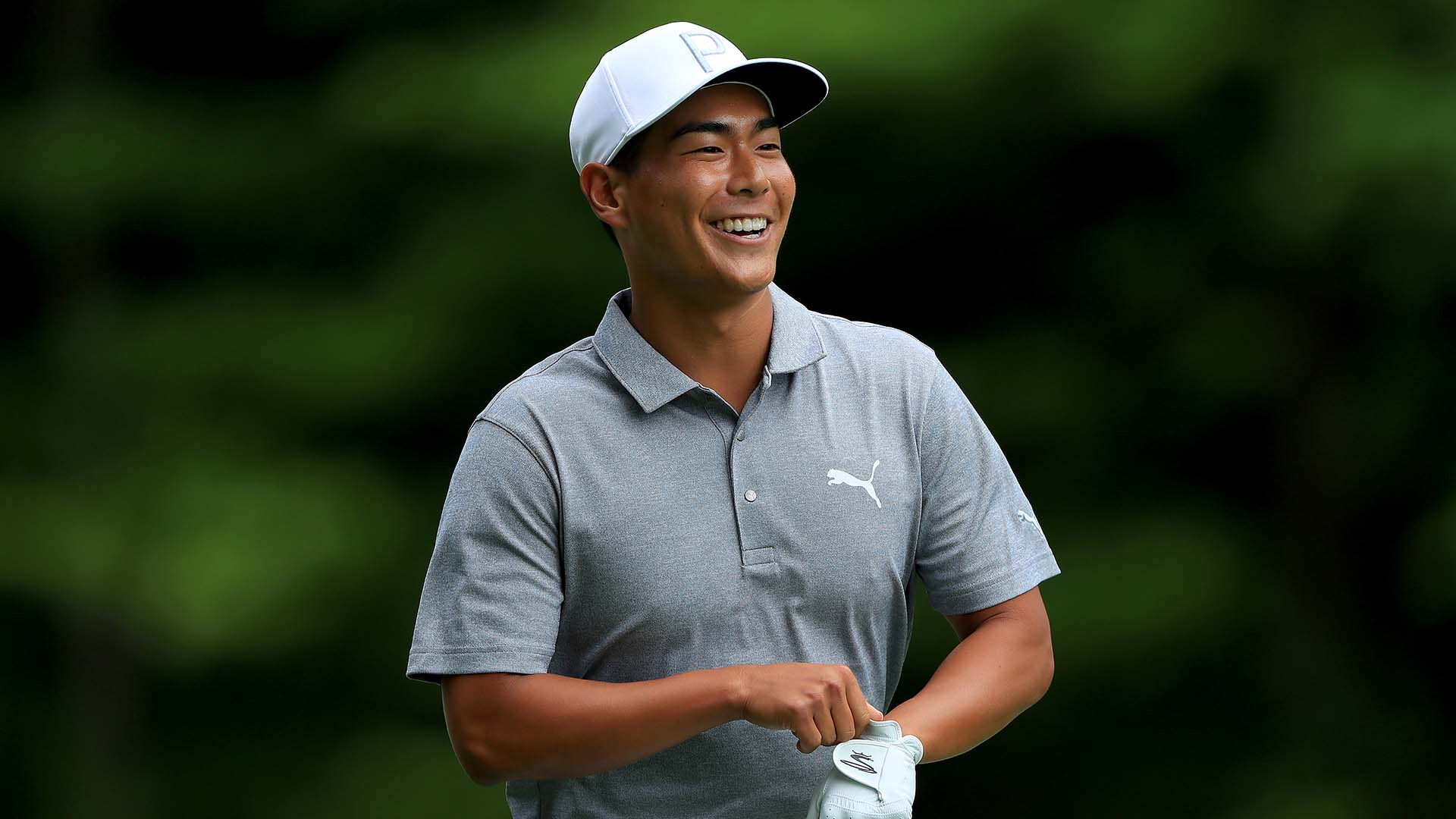 When Justin Suh was a freshman in high school, he bent the shaft of his putter before a Northern California Golf Association junior tournament. He went in the pro shop, grabbed a $50 Nike Method mallet putter off the rack and went back out to the practice green.

Suh shot 64 the next day and the rest is history. Suh used the trusty putter to finish off a junior career that included an NCGA-record 11 wins, five more than Bryson DeChambeau. He got Nike to send him the same model, only with his initials on it, and retired the original. As a standout at USC, Suh won eight times and was twice a first-team All-American while reaching No. 1 in the World Amateur Golf Ranking last summer.

(Suh also bought a third Method putter on eBay a few years ago after Nike exited the equipment business.)

“That putter is something I feel extremely comfortable with,” Suh said.

When Suh turned pro after last month’s NCAA Championship and teed it up in the Memorial Tournament, the flatstick remained in the bag. So did Suh’s other 13 clubs.

While Suh signed a head-to-toe apparel and bag deal with Puma and a contract with Titleist to continue playing the Pro V1x ball, he decided to hold off on an equipment agreement and continue using his all-Ping setup that he’s used for three years.

It’s a rare move during a time where the top amateurs are chasing six-figure paydays from equipment companies.

Suh missed the cut at Muirfield Village thanks to an uncharacteristically poor two days on the greens. USC head coach Chris Zambri calls Suh “the best putter from outside of 30 feet I’ve ever seen.” Suh is also an elite driver of the golf ball, possessing above-average accuracy that allows him to hit driver often. (He won last year’s Northeast Amateur on a tight Wannamoisett layout after hitting the fairway on every hole he pulled driver on in the final round.)

The 22-year-old Suh is just one of several elite amateurs turning pro this summer. Cal standout Collin Morikawa made his pro debut at the RBC Canadian Open and tied for 14th. Oklahoma State teammates Matthew Wolff and Viktor Hovland, who was low amateur at the U.S. Open, will each make their first starts as professional at this week’s Travelers Championship.

Suh will join all three at TPC River Highlands and already has sponsor exemptions lined up for next week’s Rocket Mortgage Classic, John Deere Classic and Barracuda Championship. Suh’s agent, Peter Webb of p3SportsReps (whose clients include Suh’s friend and another former top-ranked amateur Maverick McNealy), said another invite is in the works, too, which would give Suh the maximum seven that are allowed per season.

Of course, Suh would love to earn special temporary status and unlimited sponsor exemptions this summer, or better yet lock up his PGA Tour card for next season. He’ll have the right tools, at least, including his faithful flatstick.

“You have to play with the clubs that you feel the most comfortable with,” Suh said. “For me, it’s difficult for me to see something new in the bag and feel confident that I’m going to go into the next week with the amount of comfort needed to play my best.”

Suh will work with Cobra later this year on finding comfort with a new set of clubs. But for now, he’s sticking with the sticks that work. 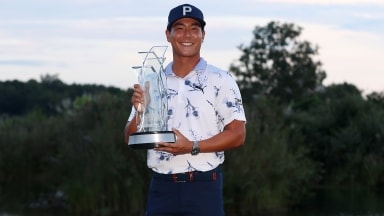 Justin Suh, one of the top college grads of 2019, will be fully exempt on the PGA Tour next season as a rookie after his win Sunday at the KFT Championship. 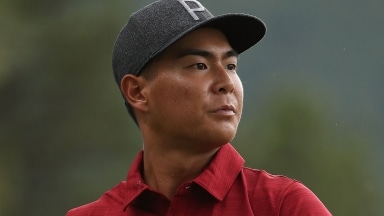 Justin Suh's bid to rejoin his Tour-winning peers on the PGA Tour has been put on hold during the coronavirus pandemic.