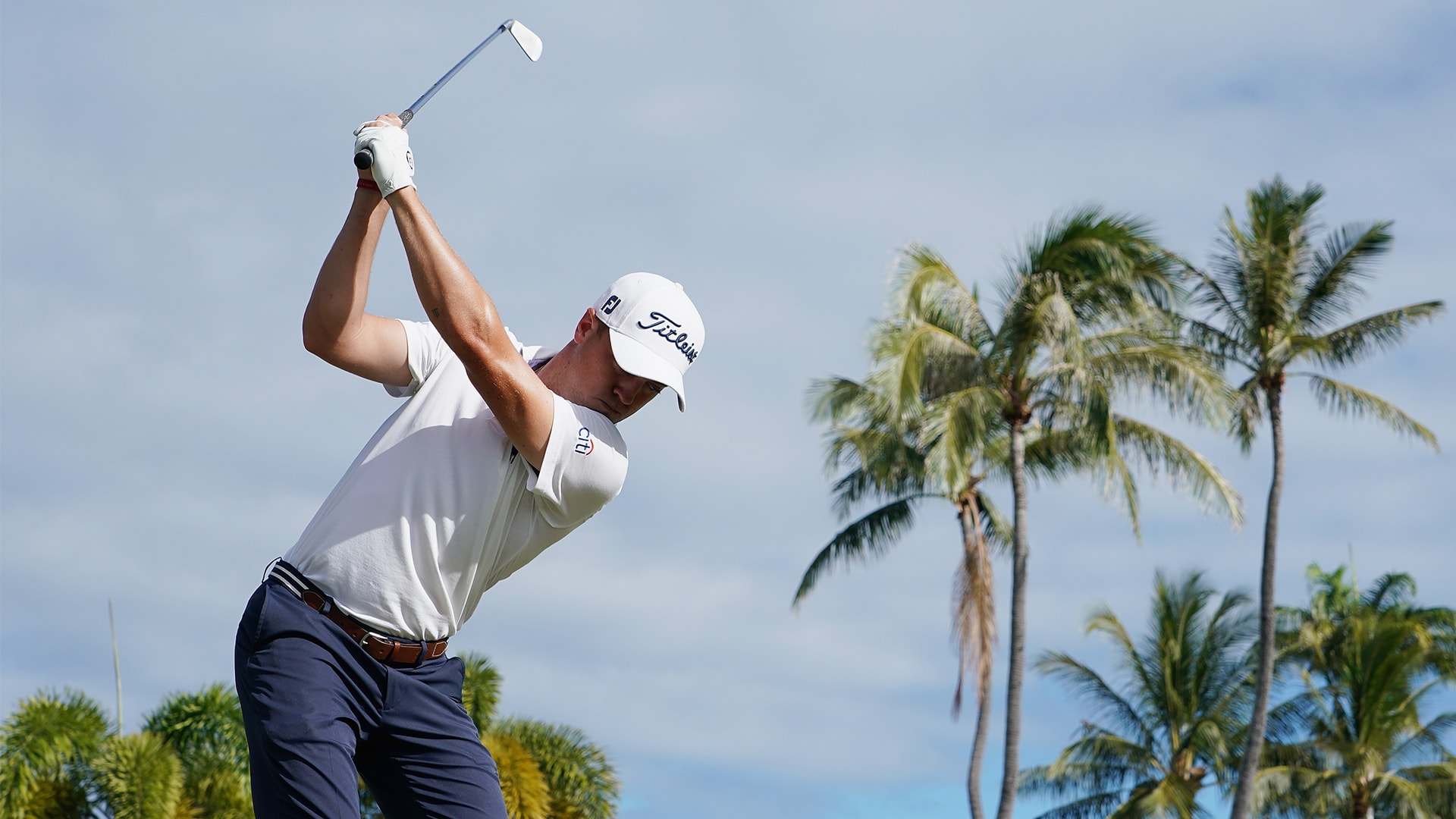 HONOLULU – Justin Thomas began his first round at the Sony Open shooting 4 under on the front nine to climb the leaderboard. It seemed so familiar.

Although it’s always best to keep thoughts of a 59 out of your mind until the very end, early in Thursday’s round there were a few déjà vu moments for Thomas, when he opened his day with birdies at Nos. 1 and 4 and an eagle at the ninth hole. His 12-footer for eagle at No. 9 was certainly similar to the 15-footer he made two years ago for a walk-off eagle.

Thomas’ second nine on Thursday, however, took a different turn, with bogeys at Nos. 11, 15, 16 and 17. He closed his day with a second eagle when he holed out from the greenside bunker at the par-5 18th hole for a 3-under 67 that left him tied for 17th place.