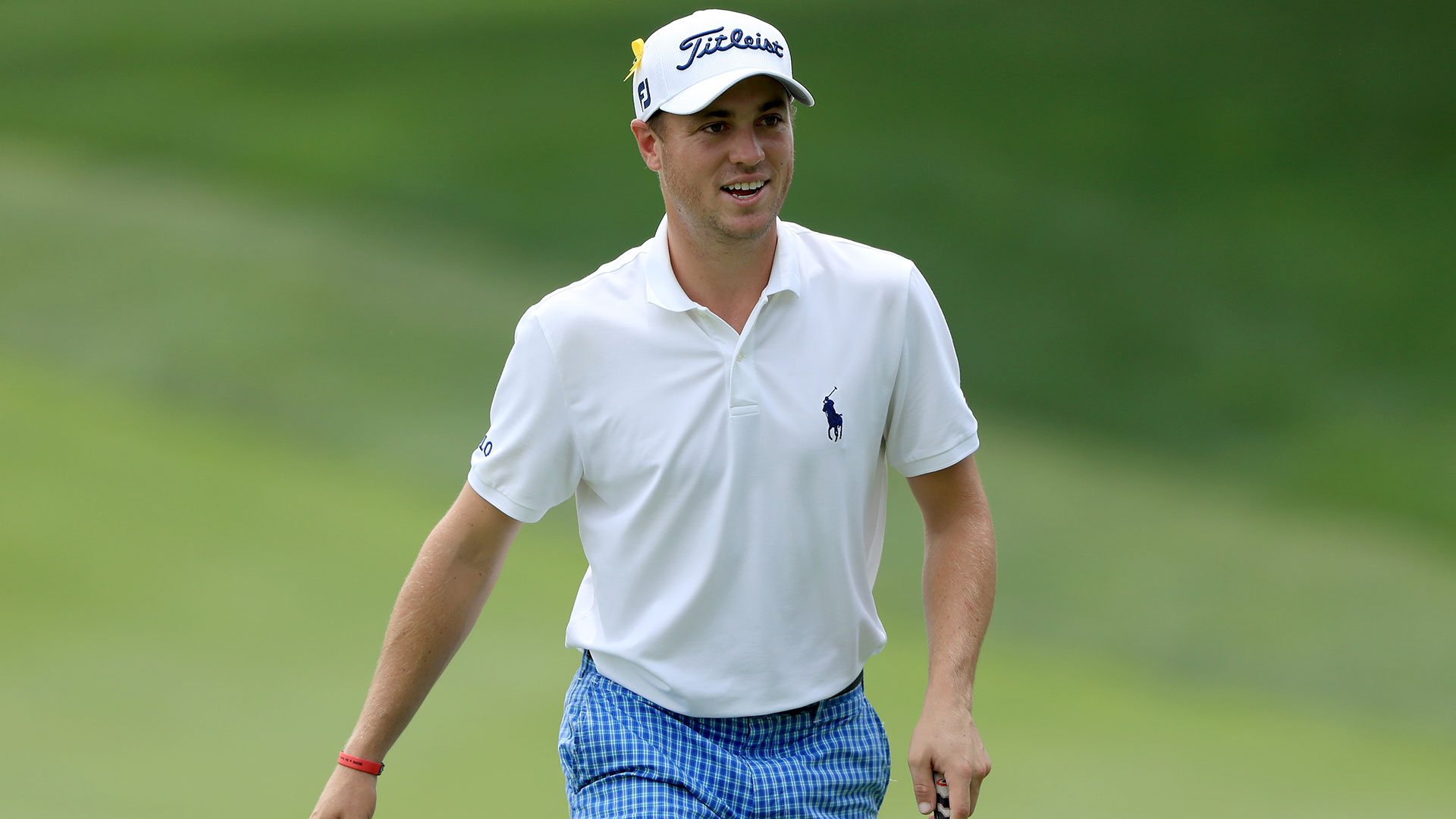 AKRON, Ohio – Justin Thomas had just signed for a second-round 64 that left him tied for the clubhouse lead at the WGC-Bridgestone Invitational.

Well, like every other golfer the eight-time PGA Tour winner went a different direction when asked to assess his round.

“I had one mistake there on 16, which is a bad mistake by both [caddie Jimmy Johnson] and myself, the decision that we made, but we were able to get away with the bogey, so it's all right,” Thomas said.

Thomas had seven birdies and just the lone bogey at the 16th hole, but it was his mental lapse on the par 5 that still lingered after he pushed his drive right, hit a tree with his next attempt and mistakenly tried to reach the green with his third shot from 284 yards. His third shot found the pond in front of the green.

“We hit 3-wood and it just wasn't necessary,” Thomas said of his third shot at No. 16. “I mean, I wasn't going to make 4 [birdie]. If I lay up, as good as my wedge game is right now, I'd probably make 5, but I don't make worse than 6. I just pushed it too far right and hit it in the water and we were lucky to get up and down for 6, but that was a stupid decision.”

His miscue aside, Thomas’ putting was enough to change his mood. Following a relatively pedestrian putting day on Thursday when he made just 56 feet of putts, he more than doubled that on Day 2 with 122 feet of putts, including a 20-footer for birdie at No. 1.

“It was definitely one of the better putting days I've had in a while. I just hit a lot of quality putts,” he said. “Days like yesterday, I've had days where I've missed more but putted better, if that makes sense. Those first couple days, if you're hitting a lot of good putts that are burning edges or lipping out, you know they're going to fall.”