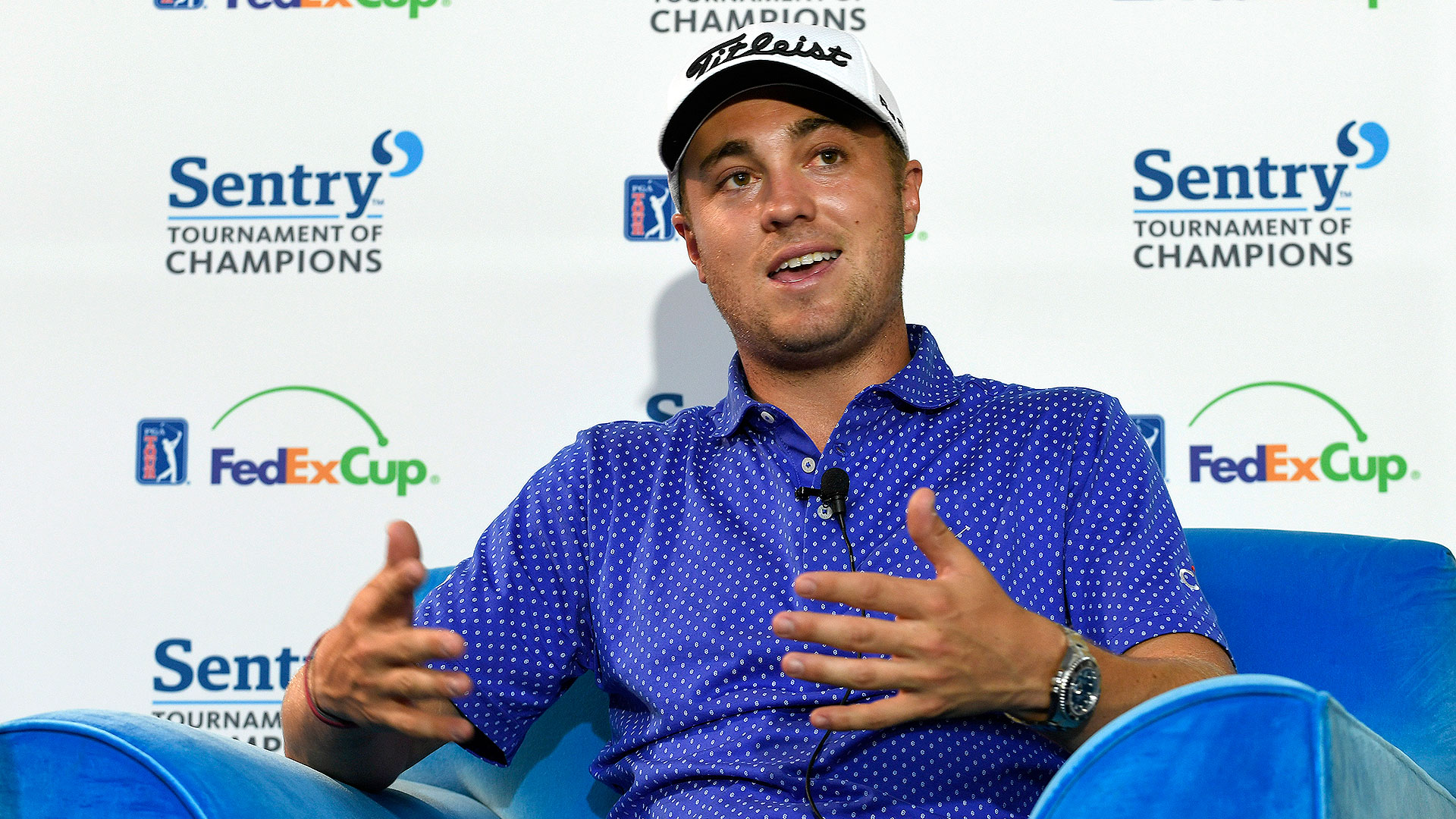 KAPALUA, Hawaii – At this juncture last year, Justin Thomas was ranked 22nd in the world, he was a winner on the PGA Tour and widely considered one of the game’s promising up-and-coming players.

He could quietly go about his business without great distraction and was probably just as focused on the impending NCAA championship game between his beloved Alabama and Clemson as he was his place in the PGA Tour hierarchy.

That all began to change on the windswept bluffs of Kapalua.

He outdueled Hideki Matsuyama – at the time arguably the hottest player in golf – with back-to-back birdies to close his week and followed that performance with an opening 59 at the Sony Open on his way to his second consecutive Tour victory.

He will tell you things didn’t go as planned from there. That his consistency dropped off, which is understandable considering his blistering start and the inevitability of a natural lull. He missed the cut in three of his next five starts.

“I want to stop missing cuts, which just irritates the crap out of me,” he said on Wednesday as he prepared for his title defense on Maui.

At one point in 2017, Thomas missed three consecutive weekends, which dropped him all the way to fourth on the season-long points list. It was all part of what he called a “weird year.” But then “weird” is a relative term.

He did, after all, add two more tilts to his trophy case before the season was finished, won his first major and claimed the lucrative FedExCup. But in terms of how the 24-year-old has been able to reflect on his historic campaign, there doesn’t seem to have been much self-realization since he ended his year at the Tour Championship.

“It was obviously a great year and really enjoyable, but I think the timing of all the wins were just odd,” Thomas said. “You want to enjoy the victories, you want to celebrate, but I swear I celebrate my friends' victories more than I do my own. It's bizarre but it's like, when you win, I'm exhausted, I'm tired, I want to keep doing it.”

His encore begins this week in Maui.

Just like last year, and every year since he began playing competitive golf, Thomas created a specific set of goals for 2018, ranging from the straightforward (such as winning a major) to the esoteric (like finishing with a certain average in a specific statistical category).

Although he declined to give his specific goals, after joining an elite club in 2017 it’s clear Thomas has the general formula for success figured out.

“You look at Rickie [Fowler] out of the bunker, I would love to have his sand save percentage,” Thomas said. “I just felt that the goals that I had written down specifically were the ones that I really needed to improve on to have a year like I did last year.”

But that’s the specifics of his game, perhaps the biggest hurdle coming into this year’s campaign will be the expectations, be they external or otherwise, that a season like 2017 can create.

Winning five times and a major can, in all reality, be an unrealistically high benchmark even for the game’s best players. Although Thomas has already won once this season - at October’s CJ Club in South Korea - as the Tour begins to enter the meat of its schedule, there will be a desire to somehow match his 2017 scorecard.

Luckily for Thomas, he has a few built-in sounding boards when it comes to such heightened expectations, like his South Florida neighbor Tiger Woods and good friend Jordan Spieth.

“He's reached out and we have talked a bit about it on a serious note. Just what advice after coming off a year like he had similar to mine in 2015,” Spieth said. “I was able to, I hope, to share just a couple insights that maybe I wasn't prepared for that could have helped me, not necessarily on the golf course, but more in just kind of way of life and blocking out stuff and staying focused.”

It’s a concept that at least partially explains why Thomas’ goals – which in 2017 included finishing with an average over one shot in the strokes gained-tee to green category – are statistically specific.

Fowler, for example, pointed out that it’s Thomas’ short game, more so than his power off the tee or putting, that he admires the most about the reigning PGA Tour Player of the Year.

“Whenever we have chipping contest when we're at home I don't know if I've ever beat him in a chipping contest,” Fowler said. “He pitches the ball well where he doesn't have to make many putts, because he chips them close enough.”

It’s the kind of minutia that Thomas will focus on in 2018. It has to be, because the alternative – winning a certain number of events or contending in majors – is its own form of competitive quicksand.

“I understand that the expectations will be a lot more not only from fans and peers, but from you all [media] and you’re probably going to be reminded of that quite often, so I just have to deal with it,” Thomas said. “I can't compare any years to past years or last year, it's just golf so I have to go out and do what I'm doing and just don't get affected by that stuff.”

The time for reflecting is over, regardless of how much ground he covered in 2017. At least in his own mind, Thomas is once again nothing more than simply one of the game’s promising up-and-coming players.