Thomas 'out of my comfort zone' with errant first pitch 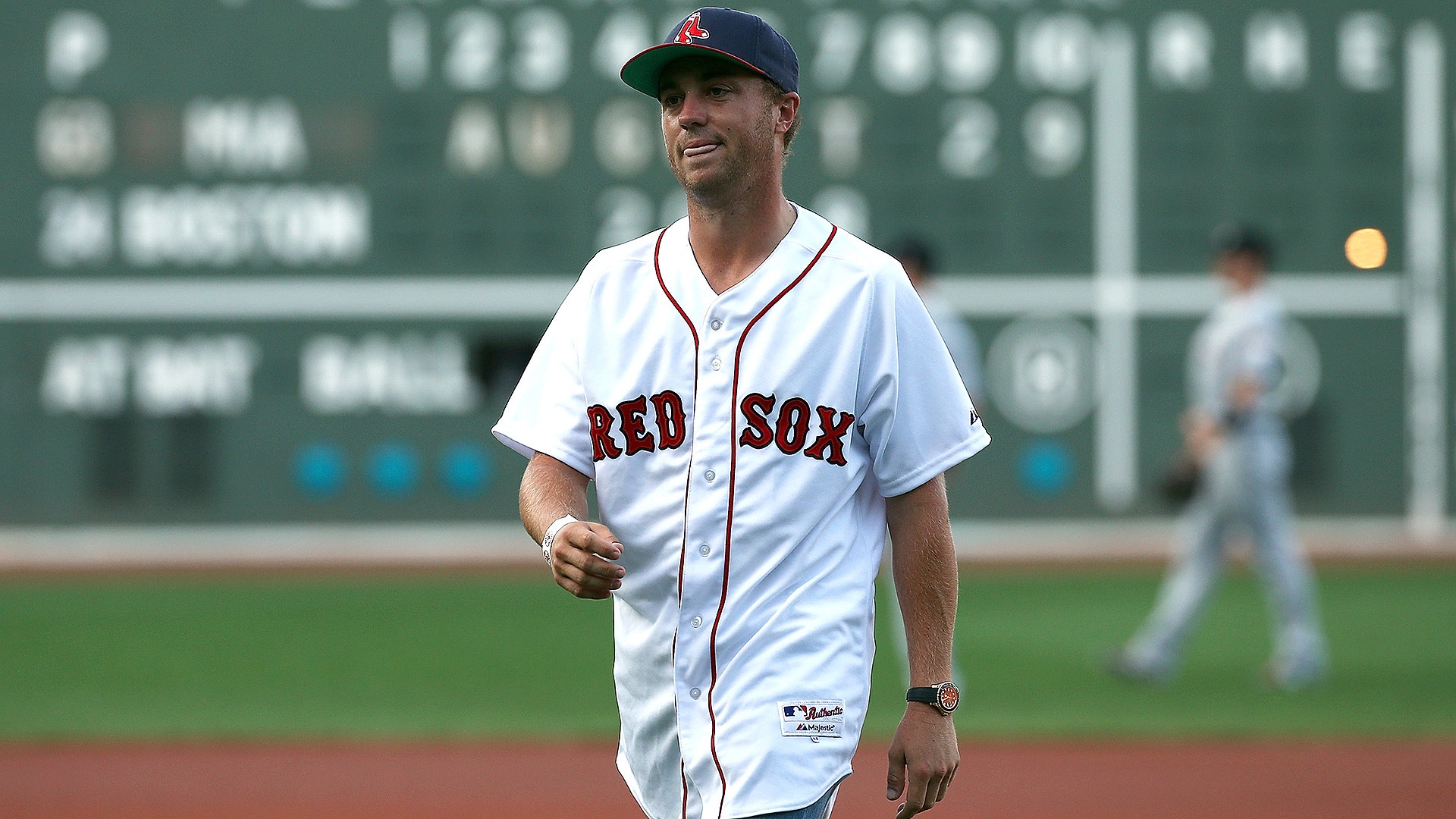 NORTON, Mass. – Justin Thomas grew up a Boston Red Sox fan, still puts “34” on all of his social media accounts in honor of David Ortiz, and attended his first game at Fenway Park when he was 12 years old, so the chance on Wednesday to throw out the first pitch at the Red Sox game against the Miami Marlins was as exciting as it was nerve wracking (click here for photos).

Before heading to the park, Thomas said he got plenty of advice about what not to do, and that probably didn’t help.

“All of my baseball buddies said the same thing, just don’t throw it in the dirt and it just gets stuck in your head,” he laughed.

Thomas’ effort didn’t fly into the dirt, but it was also nowhere near the strike zone, with his effort flying well high and outside.

“I'm pretty disappointed with the effort for my first pitch. But I was nervous, man, out of my comfort zone,” said Thomas, who is the defending champion this week at TPC Boston. “I'm more than happy to hit a golf ball and do whatever I need to do with it in front of millions of people. Throwing a first pitch with no warm ups, isn't exactly on the top of my favorite things to do.”

Thomas was the second PGA Tour player this week to throw out the first pitch at a Major League game. Bryson DeChambeau was on the mound on Monday night at Yankee Stadium following his victory on Sunday at The Northern Trust. DeChambeau was a little better than Thomas, with his curveball finding the top half of the strike zone.

From the @TheNTGolf to the @MLB.@B_DeChambeau threw out the the first pitch @Yankees game tonight. pic.twitter.com/PD3vQi4grg