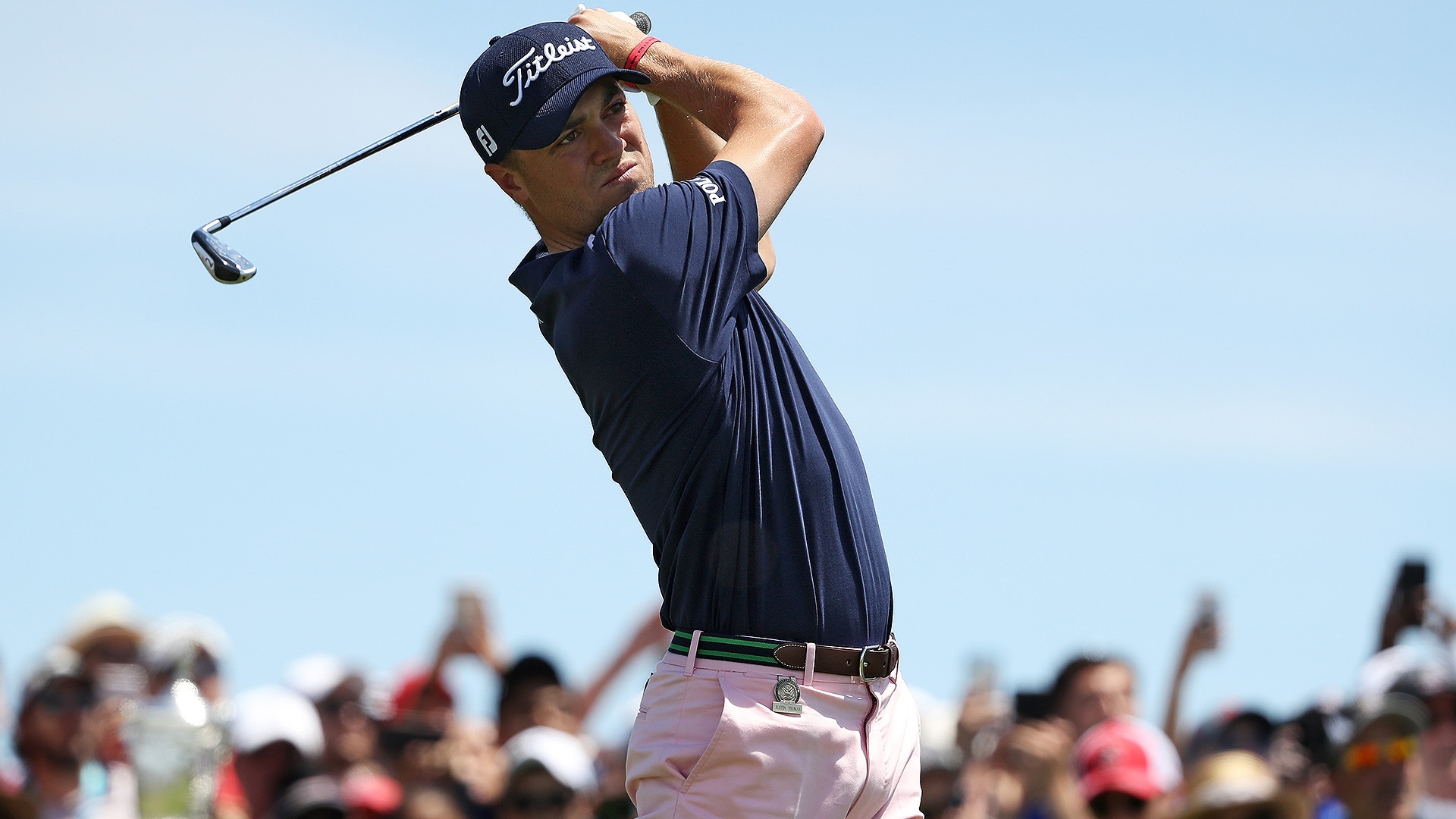 While the PGA Tour heads to the nation's capital this week, the reigning Player of the Year is on a scouting mission across the Atlantic.

Justin Thomas is making a rare European Tour start this week at the HNA French Open, and it has everything to do with the tournament's venue as Le Golf National will double as host of the Ryder Cup in late September. Thomas is currently ranked No. 2 in the world and No. 4 in the U.S. Ryder Cup points list, and with his first appearance in the biennial matches all but assured he decided to get a preview this week outside Paris.

"With the Ryder Cup this fall, it just worked out in the schedule to where I really wanted to come here, and it worked out well to do so," Thomas told reporters. "It's a big deal on the European Tour, and I'm very happy and lucky that you all are letting me come over here and crash the party a little bit this week."

Thomas is making his third straight start following the U.S. Open and Travelers Championship, and he plans to make this his final competitive appearance before The Open. While some U.S. team hopefuls will make a scouting trip to Le Golf National with captain Jim Furyk the weekend before Carnoustie, Thomas will instead play this week and focus on the claret jug next month.

"I felt coming here and getting hopefully four competitive rounds and some practice rounds in, I thought that was plenty for me," Thomas said. "I mean, The Open is a major which is what I've prepped my schedule around all year, and for me I want to be rested for that."

While Jon Rahm told reporters earlier this week that he was surprised more U.S. hopefuls didn't follow Thomas' lead by adding a start on a course just a few months before it hosts the Ryder Cup, Thomas hopes to build up a dossier that proves useful come September - even if he doesn't expect to glean much special insight to share with his future teammates.

"It all being right in front of you, it's not like there's that many tricks or crazy knowledge that I may get this week," Thomas said. "Any way I can help, I'll be glad and happy to, but you know, the guys are good. They don't need me to hopefully play well."