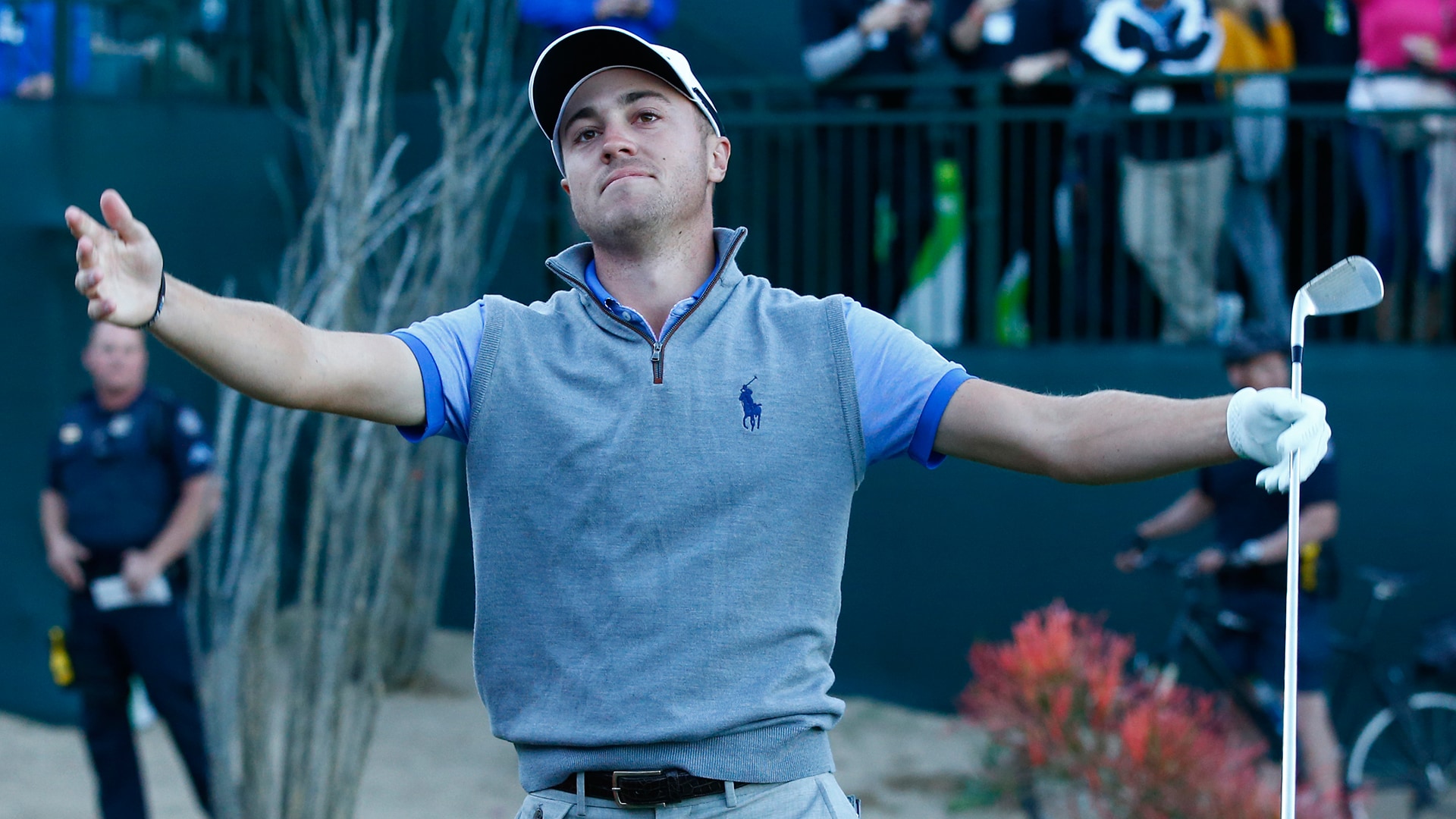 SCOTTSDALE, Ariz. – Justin Thomas is making his third start of the new year, and he’s doing so with his third different caddie.

Thomas’ regular looper, Jimmy Johnson, remains on the mend after plantar fasciitis knocked him out after two rounds of the Sentry Tournament of Champions. Thomas called upon Jim “Bones” Mackay to fill in at the Sony Open, but this week at the Waste Management Phoenix Open he’s turning to putting coach Matt Killen.

“He’s caddied for me a couple times, so it’s something I’m comfortable with,” Thomas said Wednesday. “I think it will be very productive for us because there’s a lot of things I’m going to do differently on the putting green in practice than I do in tournaments, so he may be able to pick up on those things, which could be huge and very influential in terms of the rest of the year.”

Killen last caddied for Thomas at the 2015 John Deere Classic, when the pair finished in a tie for fifth. But Thomas believes they’ll make for an easy pairing since they regularly hang out socially at events like last year’s Kentucky Derby.

“That’s what’s so cool about everybody I have on my team; I don’t look at any of them as ‘Oh yeah, he’s just my putting coach,’” Thomas said. “We’re all friends. It’s not just a business-type relationship.”

As for his regular caddie, Thomas explained that Johnson is “doing better” and is now out of his walking boot. Thomas expects him back on the bag for the Genesis Open in two weeks, but he opted to keep Johnson on the bench for at least one more event with a long season ahead.

“I told him he wasn’t allowed to caddie this week, just because I didn’t want him rushing back,” Thomas said. “I want him back to 100 percent starting whenever he starts. I told him, whether it’s L.A. or it’s Match Play or Masters, whatever it is, I just didn’t want him coming back too soon and then having to take another month off.”