Thomas: USGA tweet was 'inaccurate' and 'really hurt me' 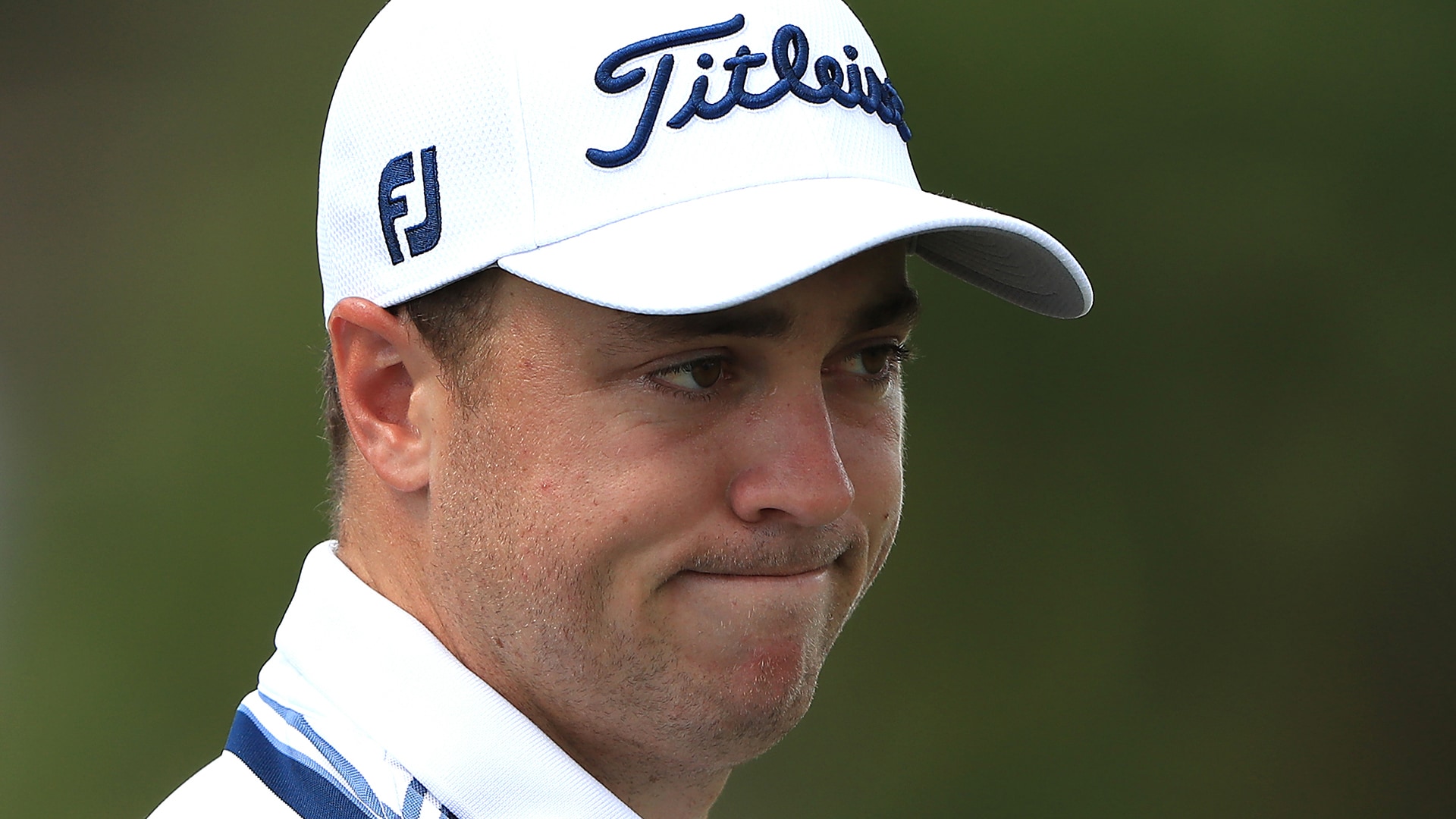 PALM BEACH GARDENS, Fla. – Justin Thomas didn’t like the Twitter response he got Saturday night after he tweeted about his hope that the USGA would better communicate with PGA Tour players over the new rules changes.

The USGA’s PR twitter account called him out for cancelling “every meeting” the organization has planned with him.

“It was a little upsetting, just because it was inaccurate,” Thomas said. “I haven't cancelled anything, especially any meetings, but it is what it is, and all I want is the best for the game of golf and the best for the sport, and that's what we're going to continue to try to communicate with each other, to get that.”

John Bodenhamer, the USGA’s senior managing director of championships, told Golf Channel’s Morning Drive that his organization has a “close bond” with Thomas, a former Walker Cup player. He said he exchanged messages with Thomas later Saturday night, with the intent to set up a meeting.

“Look, it’s clear, I’m sure to everyone, that direct communication is the best way to go,” Bodenhamer said. “That’s where we’re going to go with this.

“We are going to talk with Justin, and we are happy we will have an opportunity to have a conversation in a few days, hopefully. Look, we will do whatever it takes in cooperation with the Tour.”

Thomas confirmed there will be a conversation. He just didn’t know when.

“We're definitely going to talk at some point,” Thomas said. “We’ve had conversations this year, multiple times, with a couple different people. It's not like it hasn't happened.”

Thomas said he has had multiple conversations with USGA members this year, but not recently.

“We've tried to get on a couple calls, and I was in the middle of this three-week stretch, so I was like, 'Look, I'm sorry, this time isn't very good.' But we're definitely going to talk at some point.”

But Thomas said it wasn’t right to say he cancelled meetings.

“It is unfortunate,” he said. “It really hurt me. It was upsetting to me because the information they put out there was inaccurate in terms of me cancelling meetings, and that doesn't make me look good, and that's just when I got a little upset.

“We had talked, some communication with them, because I know those guys. I've talked to them about the rules this year. We've all tried to communicate and tried to get better relationships with them. It's just, it is what it is, and all we're looking is to better the sport and better the game.”