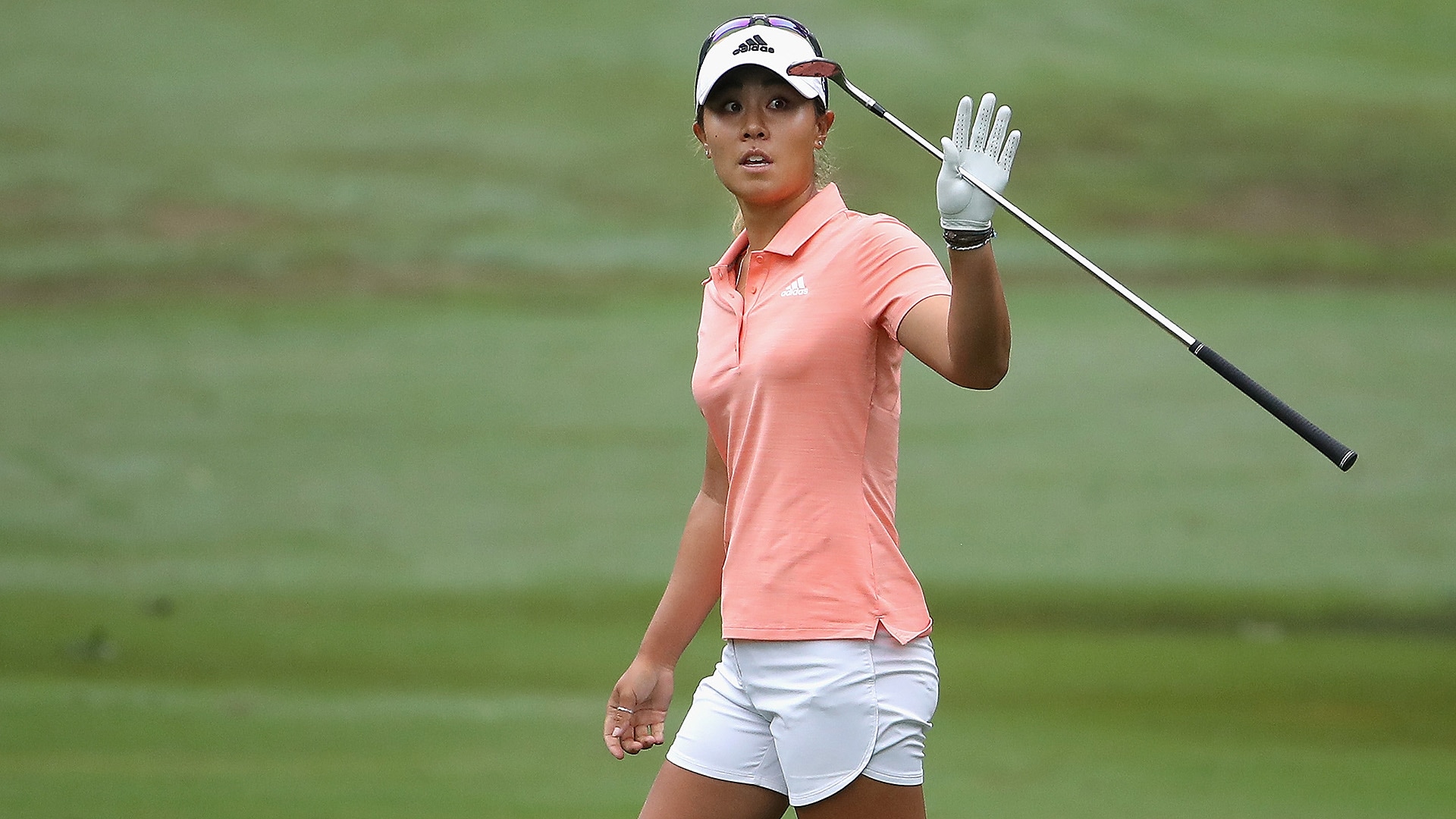 BIRMINGHAM, Ala. – So Danielle Kang’s brother isn’t so mean after all.

Making her hit mud balls when they were playing together as kids, that didn’t seem so nice back then, but the memories came back all different Thursday at the U.S. Women’s Open.

When she looked down at her ball and saw it caked with mud more than once in the first round, she didn’t freak out.

She thought of Alex.

She thought of their tough matches and big brother never sparing her a good lesson.

“I remember playing when I was 15, and I was getting so upset because the golf course was wet, and it was getting mud,” Kang said. “We were having a match, and I was trying to clean [the ball] off and he was like, ‘No, no, no, you have got to learn how to hit mud balls.’”

Kang opened with a 3-under-par 69 Thursday at Shoal Creek to get into early contention. The two-time U.S. Women’s Amateur champ is looking to add a second professional major title to her breakthrough victory last year at the KPMG Women’s PGA Championship.

She said the mud balls Thursday brought back some good memories, time spent learning to play with her brother.

“It actually gave me a sense of calm,” Kang said. “It wasn't, ‘Oh, crap, there is mud.’ You have to adjust. What is this mud going to do? How is it going to affect the shot? The fact that I have previous experience with my brother ... it definitely helped.”

Kang was asked what the secret is to hitting a mud ball.