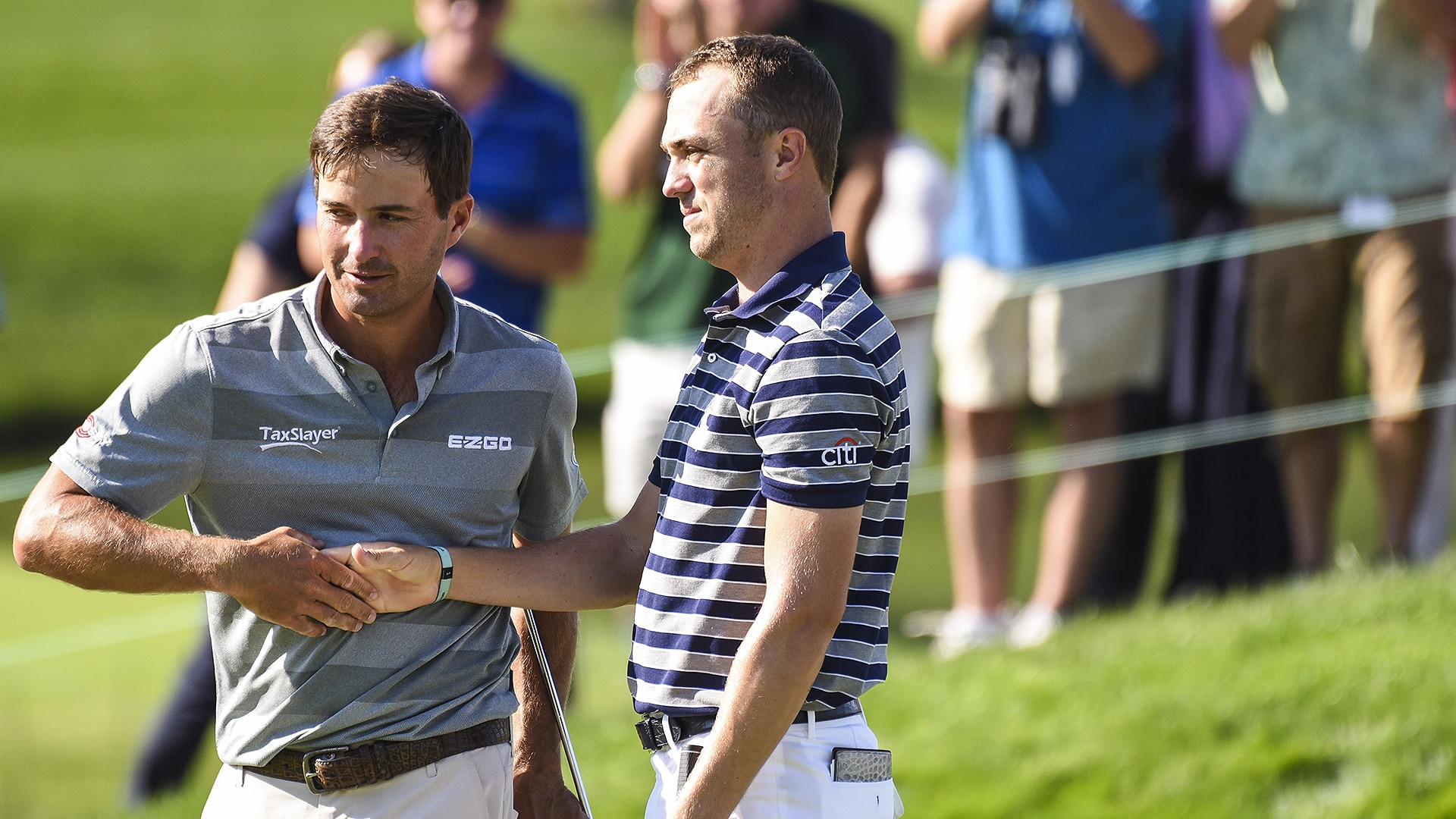 KAPALUA, Hawaii – Kevin Kisner was all business when he finished his week at the Sentry Tournament of Champions. But it wasn’t his game, his finish at Kapalua (T-17) or even his travel plans that consumed his thoughts.

Kisner, who famously sprinted off the course in September at the Tour Championship in Atlanta to catch a helicopter bound for a football game between his beloved Georgia Bulldogs and Mississippi State in Athens, Ga., was firmly fixated on Monday’s national championship game between Georgia and Alabama.

The two-time PGA Tour winner made it even more interesting, making a unique bet with Justin Thomas, the circuit’s preeminent Alabama fan.

“Whoever loses has to wear the other team’s jersey up the 17th hole next week at the Sony Open,” Kisner said. “I’m looking forward to the game, hope it goes better than my golf this week.”

Kisner planned to join a host of other Georgia fans on Monday afternoon in Honolulu to watch the game, including fellow Bulldog alum Hudson Swafford.

“Kiz has a spot picked out for us,” Hudson said. “We’ll stay away from those Alabama fans on Monday.”

Although his objectivity was understandably compromised, Kisner’s arm-chair analysis of the game was detailed, predicting a Georgia victory (24-21).