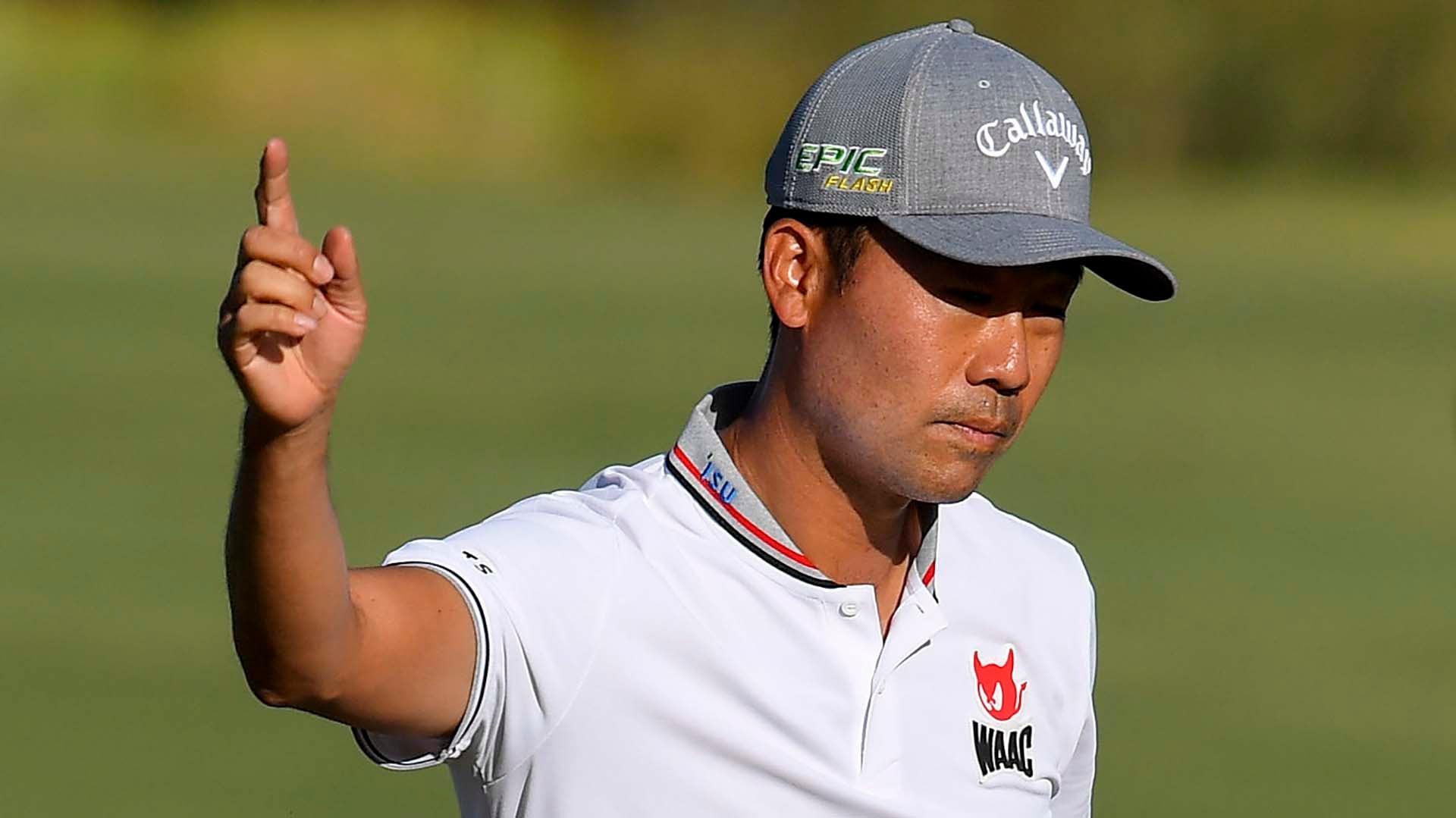 LAS VEGAS – Las Vegas resident Kevin Na had two back-nine eagles and shot a 9-under 62 on Friday for a share of the second-round lead in the Shriners Hospitals for Children Open.

Playing alongside Phil Mickelson at TPC Summerlin, Na eagled the par-5 13th and 16th holes and added birdies on the par-3 17th and par-4 18th to match Lucas Glover, 2017 winner Patrick Cantlay and Brian Stuard at 12-under 130.

''My putter was hot,'' Na said. ''I started with a 60-footer on the first hole, and I just kept making putts today. I hit a lot of good shots, too, but the putter was working.''

Na won the 2011 tournament for the first of his three tour titles. He made four long putts on the back nine Friday, holing out from 43 and 35 feet for the eagles and 23 and 22 feet on the closing birdies.

''One of those days you stand over it and you feel everything,'' Na said. ''My stroke just felt good and I felt confident over the putt. I was more into focusing on putting a good stroke on than trying to make it.''

''Same as any weekend. It's going to be a shootout,'' Glover said. ''I've got to go out there and shoot 10 or 12 more. Just stay aggressive when I can be and be smart when I have to be. If the putts go in, fine. If not, keep rolling that line end over end. That's all I can do.''

''Hit it really well,'' Cantlay said. ''Hit a lot of tee balls in play and far down there, which leaves you a lot of wedges. ... That's what it takes to play well here. If I keep driving it well, should have a lot of opportunities.''

''Just feeling comfortable with my game,'' Stuard said. ''I wanted to get off to a good start this fall and I feel like I've done that.''

Matt Jones was a stroke back after a 63.

First-round leader Nick Taylor followed his opening 63 with a 69 to top the group at 10 under.

Mickelson was 8 under, following an opening 65 with a 69.

''I didn't score great. I didn't have a very good putting day,'' Mickelson said. ''I missed five or six putts that I should have made and it took away from what could have been a really good round on the back nine. Should have been 5-, 6-under par pretty easily, and I just struggled with the putter on the greens.''

He missed the cut last week at the Safeway Open in his season debut.

Joel Dahmen ended up at 8 under, too, settling for a 64 after playing the first 10 holes in 9 under. Needing to play the final eight in 3 under to shoot 59, Dahmen was 2 over with bogeys on the par-4 second and fourth holes.

Top-ranked Brooks Koepka missed the cut in his season debut with rounds of 70 and 71. The first No. 1 player in Las Vegas since Greg Norman in 1988, Koepka had stem cell treatment on his left knee Aug. 25 after the FedEx Cup ended.

''Not really disappointing,'' Koepka said. ''Everything I've worked on - I've worked on my wedges, trying to control yardages a lot, and they were spot on all week. And I was just a hair off. Putting, just kind of reverted back to some old things, but that's going to happen. I'm not disappointed. I feel like I was very, very close.''