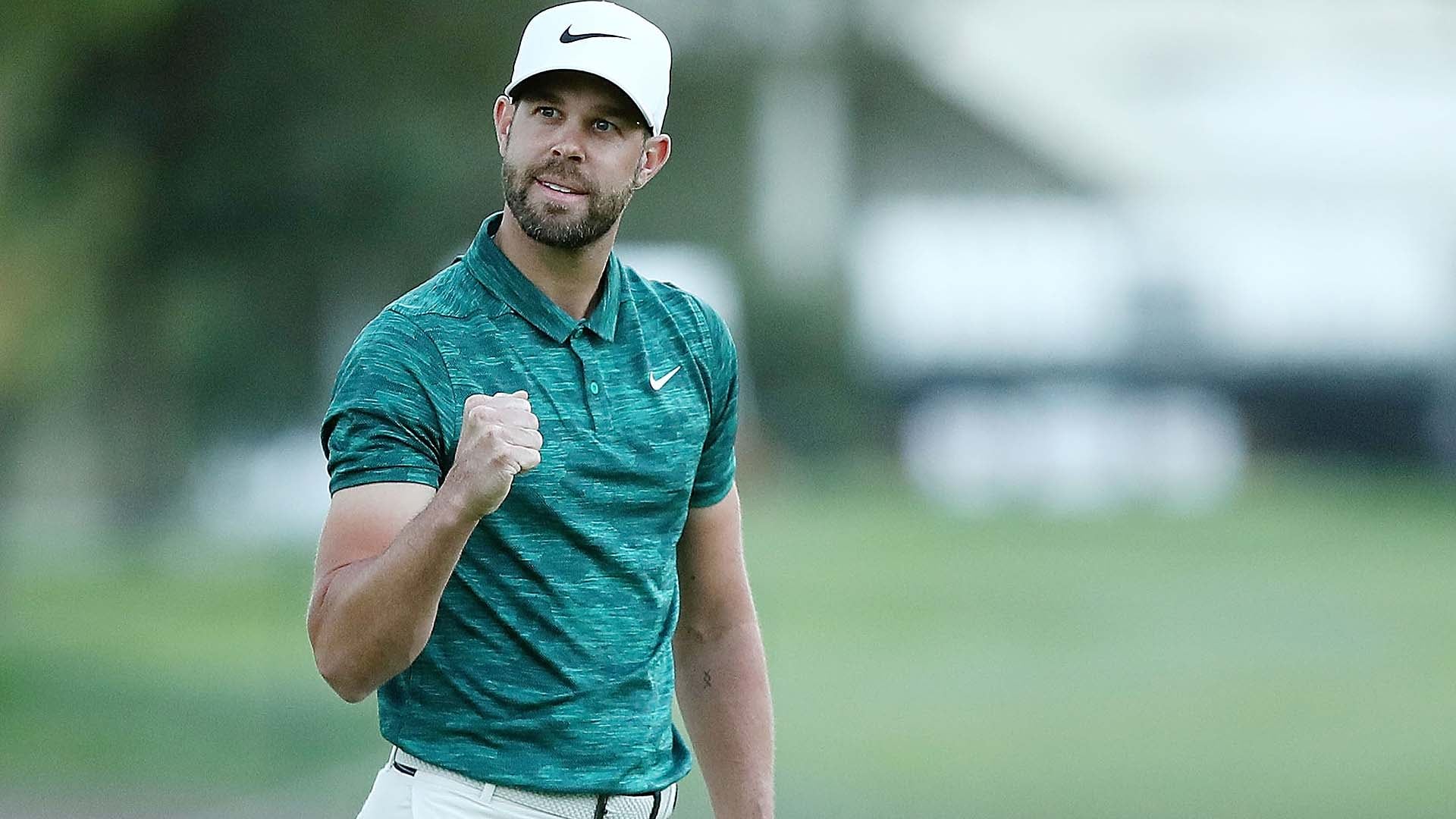 NAPA, Calif. - Kevin Tway made a 10-foot birdie putt on the third hole of a playoff Sunday to win the season-opening Safeway Open at windy Silverado for his first PGA Tour title.

The son of eight-time PGA Tour winner Bob Tway, the 30-year-old former Oklahoma State player beat Ryan Moore on the par-4 10th after Brandt Snedekerdropped out on their first extra trip down the par-5 18th.

''It was nice to get hot at the end,'' Tway said. ''I wasn't really in it on the front nine. Brandt made a couple bogeys starting the back. I was kind of right there, but kind of hanging around. Birdied 17, 18 to get into the playoff and then kept it going in the playoff - and here I am.''

After the wind died down in the late afternoon on the tree-lined North Course, Tway birdied the final two holes in regulation for a 1-under 71, then birdied all three holes in the playoff.

''I was just trying to put the ball in the fairway, which was very difficult,'' Tway said. ''I knew the last few holes were a little bit easier, so tried to just keep making pars until then.''

Snedeker, three strokes ahead entering the day and five in front with 11 to play, had four back-nine bogeys in a 74.

''Really disappointing,'' Snedeker said. ''Played a really good front nine in tough conditions and made the turn on the back nine and actually drove the ball really well. Had a lot of opportunities, just hit some really poor iron shots, left myself in places you can't do it. Didn't make any putts.''

The nine-time PGA Tour winner bogeyed the first three holes on the back nine, birdied the par-5 16th, bogeyed the par-4 17th and parred the 18th, missing from 9 feet.

''I'm going to look at that one in a few years and know I gave that one away,'' Snedeker said. ''I had that full control.''

Moore birdied three of the last four in a 67.

''I didn't even expect to be in this position,'' Moore said. ''When I finished my round, I really didn't think there was a chance of this. Golf is funny and it can work its way out sometimes, so this was a bonus. I hit some good shots in the playoff, birdied a couple holes and today just wasn't good enough.''

''Obviously, we all kind of knew the wind was going to be crazy warming up this morning,'' List said. ''There was debris flying everywhere. I was just anticipating a really tough day and it was.''

''It was challenging but yet very playable conditions,'' Mickelson said. ''Actually, I played pretty good. I hit two balls out of bounds on the fifth hole trying to go for the green, but other than that, I played pretty well.''

Fred Couples had a 75 to tie for 41st at 5 under in his final start in a regular PGA Tour event.

''For a while I didn't think we were going to play and then when we played, I didn't really play,'' the 59--year-old Hall of Famer said. ''Then I just started hitting and hoping for the best.''

Two-time defending champion Brendan Steele had a 75 to finish at 3 under. 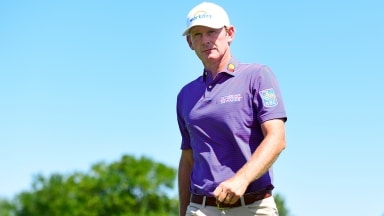 Brandt Snedeker's sudden climb up the leaderboard at The Northern Trust began almost three and a half hours before the frontrunners teed off.