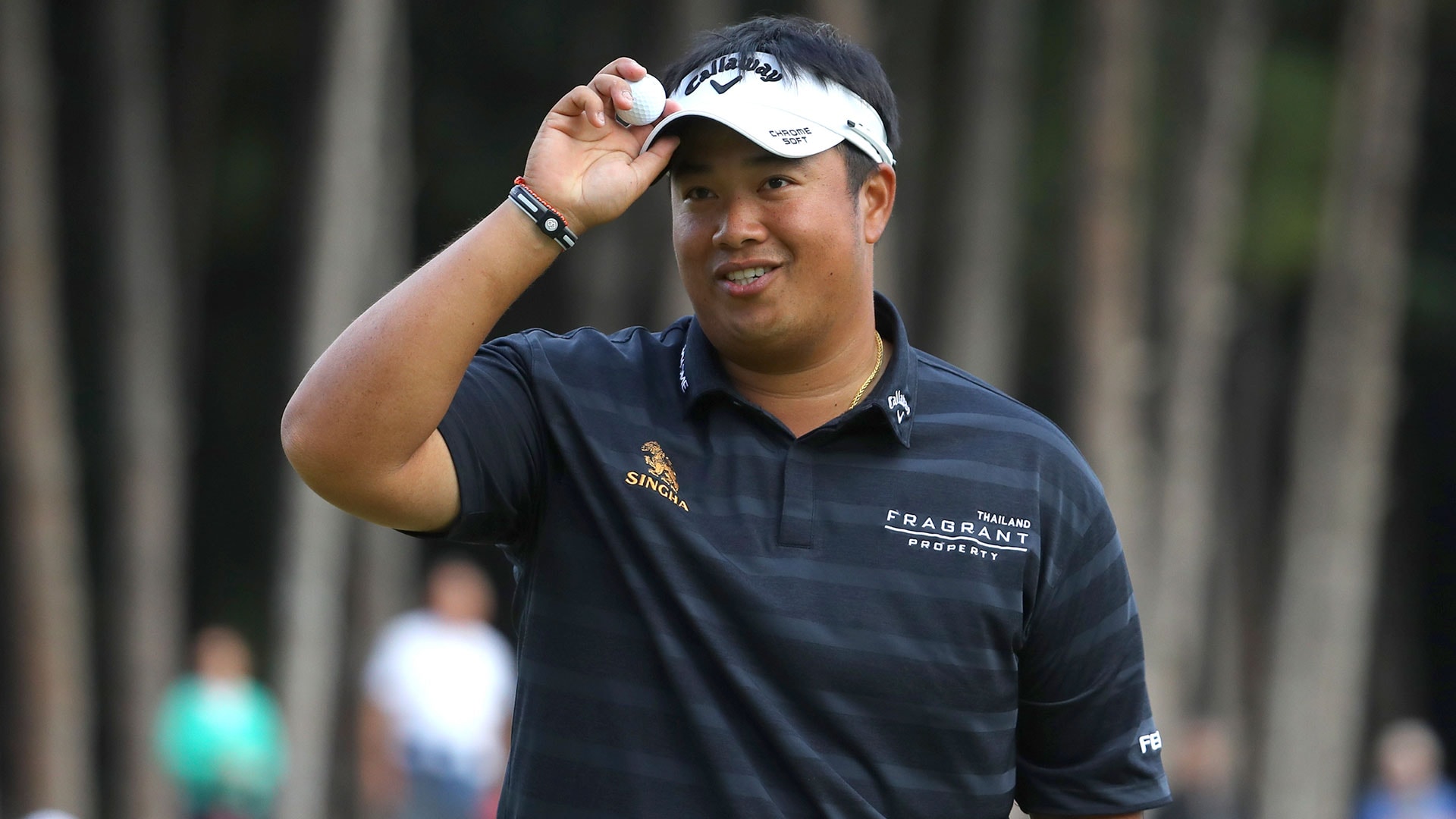 ANTALYA, Turkey – Kiradech Aphibarnrat and Shane Lowry will take a two-stroke lead into the final round of the Turkish Airlines Open.

Kiradech started the third round on Saturday five shots behind leader Nicolas Colsaerts, and Lowry was six shots back. But Colsaerts, who led by five at the turn, carded a 2-over-par 73 and gave the field hope.

Lowry shot a 6-under 65 and Kiradech posted a 66 to reach 14 under for the tournament.

Colsaerts was two behind, along with Justin Rose (64) and Padraig Harrington (64) at Regnum Carya Golf and Spa Resort.

Colsaerts appeared in control until he hit his second shot into the water on the par-4 11th hole and left with a double bogey. He dropped another shot on the par-5 12th, and found the water again on the 15th for a bogey.

Meanwhile, Lowry birdied Nos. 11, 12 and 13 to catch Colsaerts, and the Irish golfer finished with six birdies in a clean round.

He's going for a fourth European Tour title, along with Kiradech. The Thai also went bogey-free with five birdies.

Rose has gone 52 holes without a bogey, and could yet win in consecutive weeks after taking the HSBC Champions in Shanghai last weekend.

Harrington turned on 29 after five birdies, bogeyed the 15th after hitting into the water but canceled it on 17 with an eighth birdie on the day.

Defending champion Thorbjorn Olesen was in a group of six which was four off the lead.