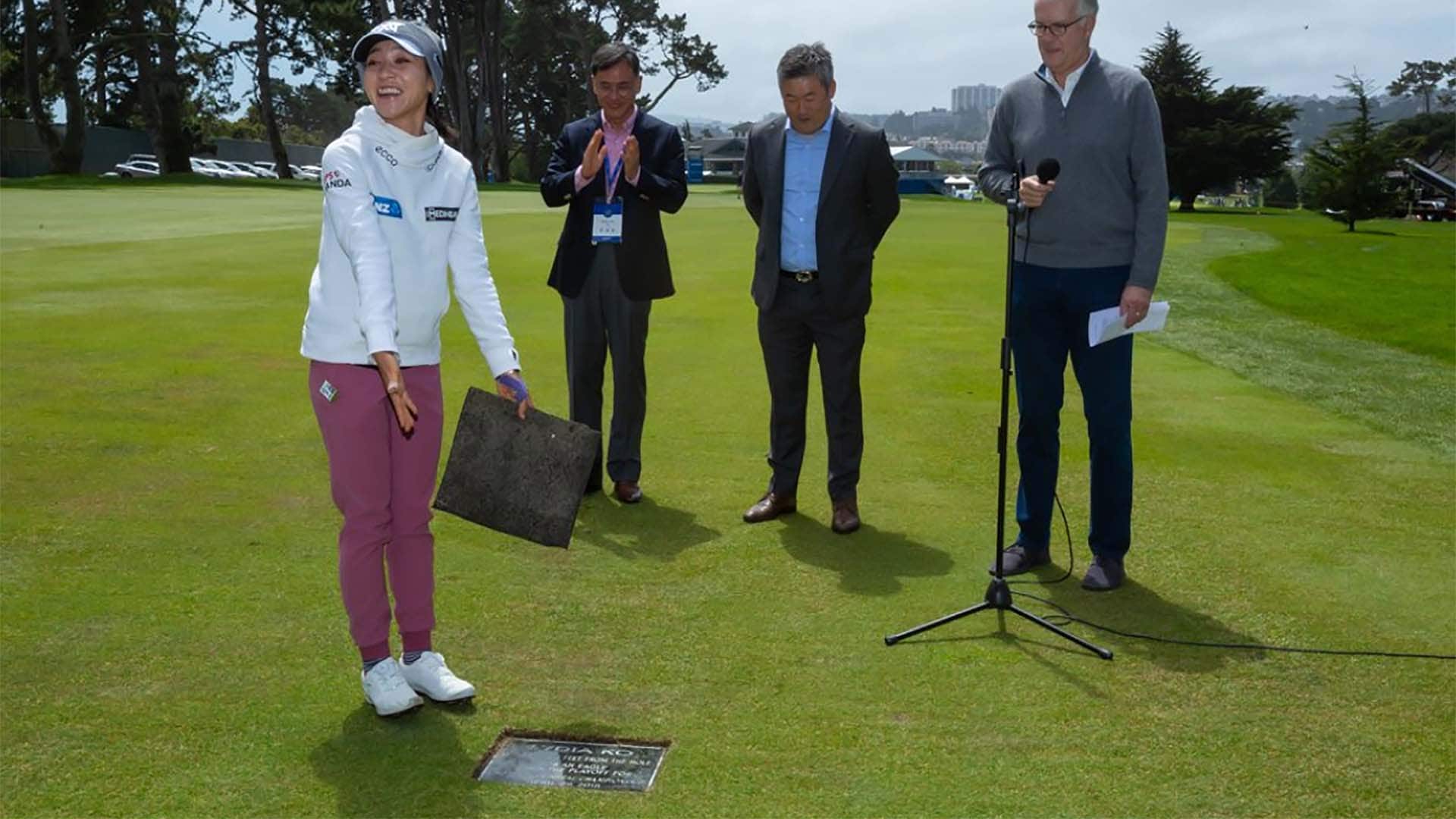 DALY CITY, Calif. – Lydia Ko was reminded in a special way Tuesday of her epic finish at Lake Merced Golf Club last year, of the 3-wood she nearly sank for double eagle to set up her victory on the first playoff hole at the LPGA Mediheal Championship.

The club placed a plaque commemorating the shot in the exact spot she played it from in the 18th fairway.

Ko was given the honor of unveiling it in a ceremony.

“This is where I’ll be buried,” Ko cracked during the ceremony. “By my greatest shot.

It was a spectacularly clutch shot, setting up a 2-foot eagle putt.

“Obviously, this is probably the best shot I’ve ever hit under pressure,” Ko said.

That’s saying something. At 22, Ko has won 15 LPGA titles, two of them major championships.

Lake Merced was special to Ko even before she beat Minjee Lee in that playoff last year. At 17, Ko won her first LPGA title as a pro here, which was also her first title on American soil. She had the date tattooed on her right wrist. She won again here the following year.

“I love coming back here,” Ko said. “I always get good vibes. I love seeing familiar faces and seeing the volunteers and the members, in the years that I've come.

She loves the golf course, too.

“The course has always been in great shape,” Ko said. “I think it's one of the toughest golf courses we play at. It really requires accuracy off the tee and really good putting, because the greens can get slopey and pretty quick.”

Of Ko’s three victories at Lake Merced, last year’s was the most emotional. It was the first time she remembered crying after a victory. It was her 15th LPGA title, ending a 21-month victory drought. It’s also her last victory.

“Obviously, I wish I had another win in the bag between then and now, but it's tough to win,” Ko said. “The girls are playing great and sometimes you feel like you played really good, but somebody plays better. All you can do is try your best and be positive and confident. It's really out of your hands from there.”

Ko has two top-10 finishes in eight starts this year.

“It's still only April and our season ends in November, so we've still got a long way to go,” Ko said. “Just got to stay patient and just believe in myself.” 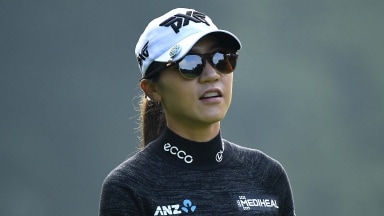 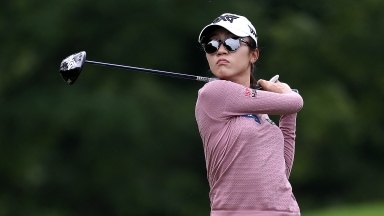 With new swing coach David Whelan helping out, Lydia Ko is seeing results after an opening-round, 1-under 70 at the KPMG Women's PGA Championship.