Tale of two Koepkas: One makes Shriners Open cut, and it's not Brooks 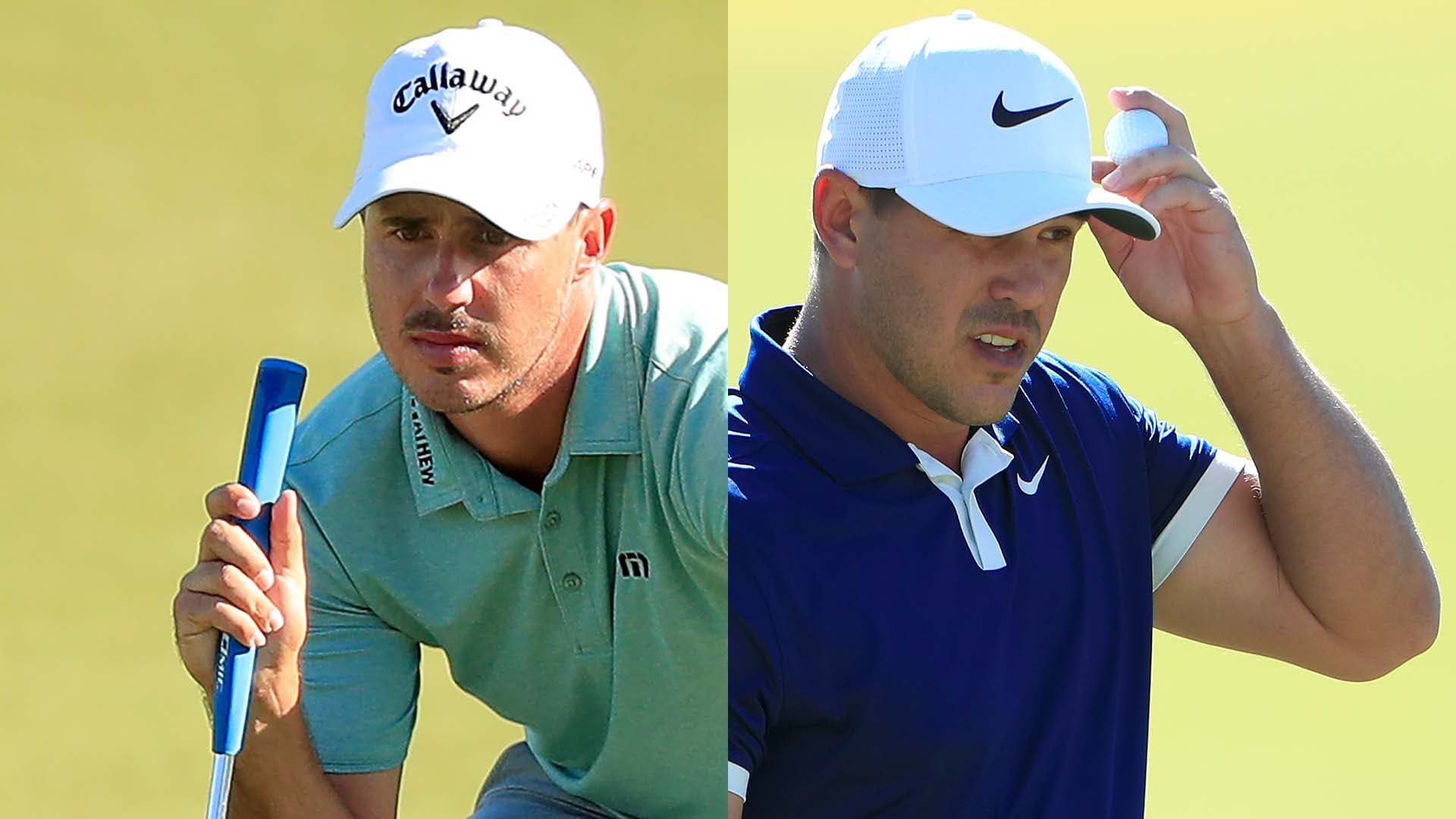 LAS VEGAS – Brooks Koepka was scanning every leaderboard he could find early in his round Friday at TPC Summerlin.

He wasn’t looking at the cut line.

He was looking for his brother.

“I was glued to the leaderboard trying to follow [him] the first couple holes of my front nine, trying to see where he was going to finish, what I was at,” he said. “I was living and dying by it yesterday. I even had the Golf Channel on trying to see if maybe he would get a couple glimpses on there.”

A Koepka will play the weekend here at Shriners, but it won’t be the world No. 1. (Brooks missed his first cut since March with rounds of 70-71.)

Playing on a sponsor exemption and making just his second solo PGA Tour start, the 25-year-old Chase will head into the weekend 7 under, five off the lead at the Shriners Hospitals for Children Open. Heady stuff for a guy who had a tough summer on the Challenge Tour and missed out on the first stage of European Tour Qualifying School just two weeks ago.

“He was expected to do what I did, I think, to miss the cut,” Brooks said. “And to make the cut, I don't think anybody really gave him a chance, especially the way he's been playing.”

Chase made just 3 of 12 cuts this summer overseas, earning just over 6,000 euros. But he was a bogey-free 10 under through his first 30 holes this week before losing ground with a bogey and a double on his way into the clubhouse.

“Other than that, it was really nice, really solid,” Chase said. “I hit it great all day, so can't complain.”

Back in the U.S., getting to spend more time with his family, Chase has fewer complaints in general. He was open on Thursday night after his first round about how much of a toll the trials and tribulations of the Challenge Tour had taken on him.

Journeying through the international minor leagues isn’t an experience a lot of American players can relate to. But if there’s anyone who knows what Chase has been going through, it’s his older brother, who took the same path on his way to the PGA Tour.

“Yeah, I had the same spell, but I was doing it when I was winning. That was the only difference. But I've been in his shoes. I've been down, ready to leave,” said Brooks, who confessed to once wanting to bail on an event when he was the 54-hole leader by three.

“There's maybe, what, 10-15 Americans that have gone over there and done that. So until they actually do it, they don't know what it's like. It's very difficult, the language barrier. You can't find things to do. Here, it's easy to go see a movie. It's in your language. There's different things like that, where you take for granted just going out to dinner. I've ordered a pepperoni pizza and it came back peppers only.” 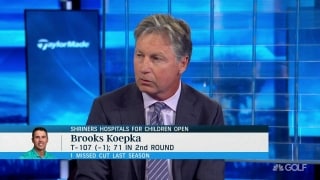 Chamblee: When it comes to MCs, Koepka is no Hogan

Brandel Chamblee reacts to Brooks Koepka's missed cut at the Shriners Open, where his brother Chase Koepka will play the weekend.

Suddenly, Chase has gone from not having status to potentially having a scheduling conflict. He’s currently slated to head to the first stage of Korn Ferry Tour Qualifying School in St. George, Utah, which runs Tuesday-Friday, and since he’s currently tied for 35th here in Vegas, that’s probably still where he’ll end up. But it’s worth noting that a top-10 finish at the Shriners would net him a spot in next week’s PGA Tour field at the Houston Open.

Unconcerned for now, Chase says that’s something he’ll worry about on Sunday night and only if it’s necessary.

“You know, there's not many chances you get where your brother can actually be a professional golfer, let alone play in the same tournament, and then if he does win, shoot, that would be a highlight of my year.” 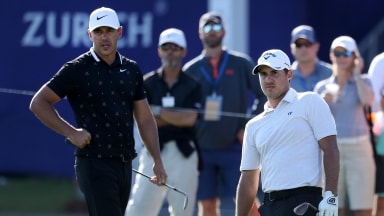 Chase Koepka made it through a five-for-two playoff to grab one of two Monday qualifying spots for the Travelers Championship. 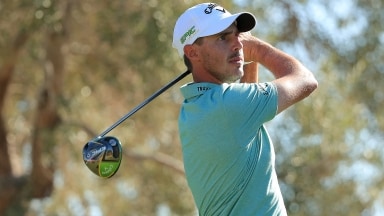 Chase Koepka is going from one extreme in professional golf to the other, following a stop at Korn Ferry Q-School with a spot in the PGA Tour's CJ Cup.

Chase Koepka doesn’t get to big time his big brother that often. So when he gets his chance, he’s going to take it.