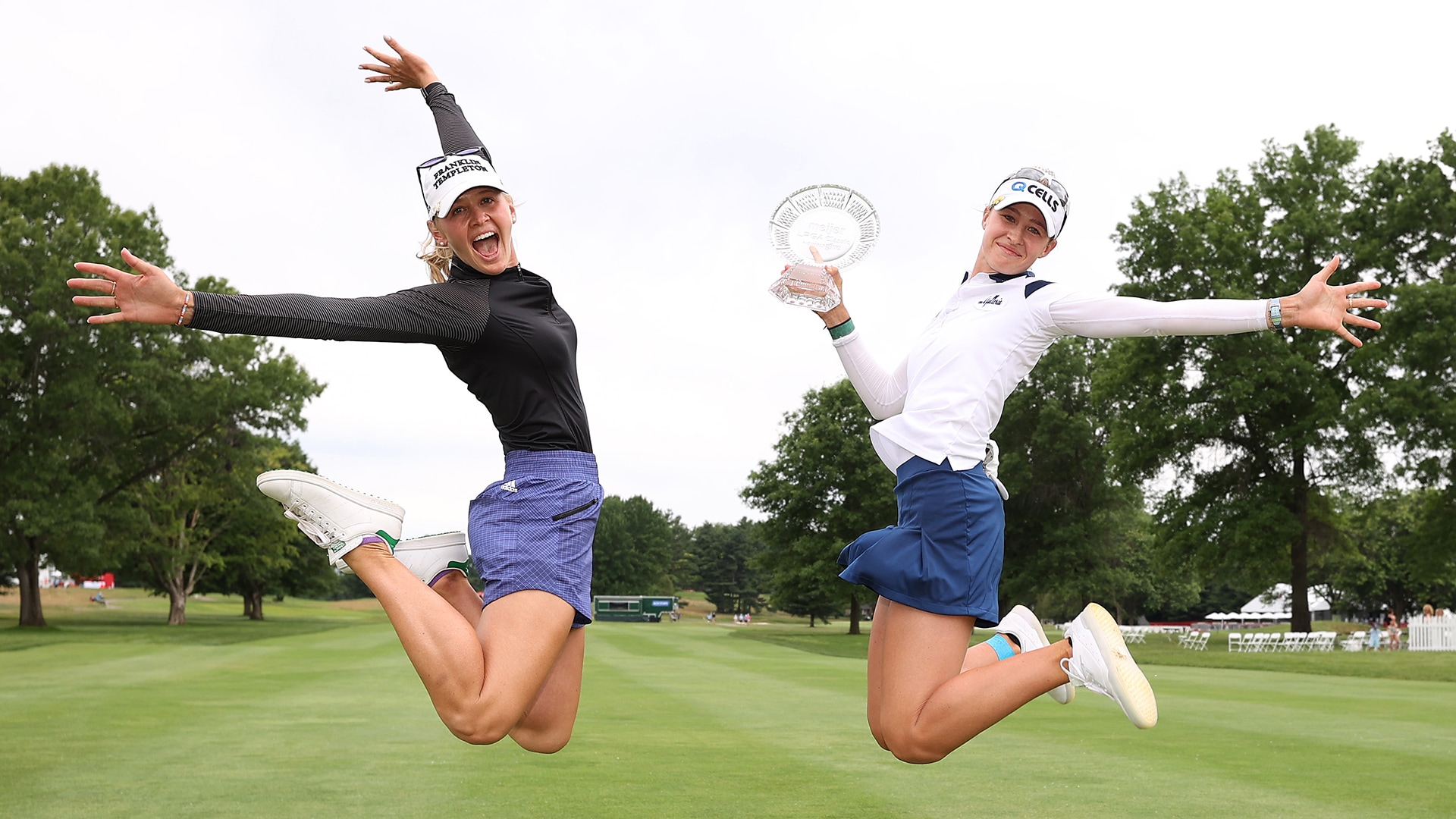 Nelly Korda’s first major victory Sunday at the KPMG Women’s PGA Championship not only moved the American to No. 1 in the Rolex Rankings but also atop the final Olympic rankings, jumping South Koreans Jin Young Ko and Inbee Park.

Korda will represent the U.S. at the Aug. 4-7 competition at Kasumigaseki Country Club near Tokyo, where she’ll be joined by fellow American Olympians Danielle Kang, Lexi Thompson and sister Jessica Korda.

The Kordas will follow in the footsteps of their mother, Regina, who was a member of the Czechoslovakian women’s tennis team at the 1988 Seoul Olympics. Of course, the Korda sisters were also be joined by their younger brother, Sebastian, in Tokyo this year, but Sebastian, the fourth highest-ranked American tennis player at No. 50 in the ATP rankings, withdrew his name from consideration for Team USA on Tuesday at Wimbledon. He told Ben Rothenberg of the New York Times that he made the decision Sunday evening to withdraw in order to focus on the upcoming U.S. Open.

Korda's agent, Patricio Apey, confirmed the decision to NBC Sports: "The decision to not play the Tokyo Olympics this summer was made after careful consideration and with the full support of the USTA."

Though not as many as the men, there were a few withdrawals, mainly a pair of Englishwomen: England's Charley Hull gave up her spot in favor of countrywoman Georgia Hall, who then also bypassed selection for Jodi Ewart Shadoff. South Africa’s Lee-Anne Pace dropped out and was replaced by Morocco's Maha Haddioui.

"I’ve been thinking long and hard over the past few months about this year’s Olympics and whether or not I’d be able to give my best performance given all the scheduling and travel challenges involved," Hull said on social media. "Obviously it would be a huge privilege to represent my country but I have, very reluctantly, made the tough decision not to travel this year which has been very hard given all the amazing memories I have from my experience in Rio five years ago."

Here is a look at the 60-player field (Editor's note: Updated after field finalized on July 6):