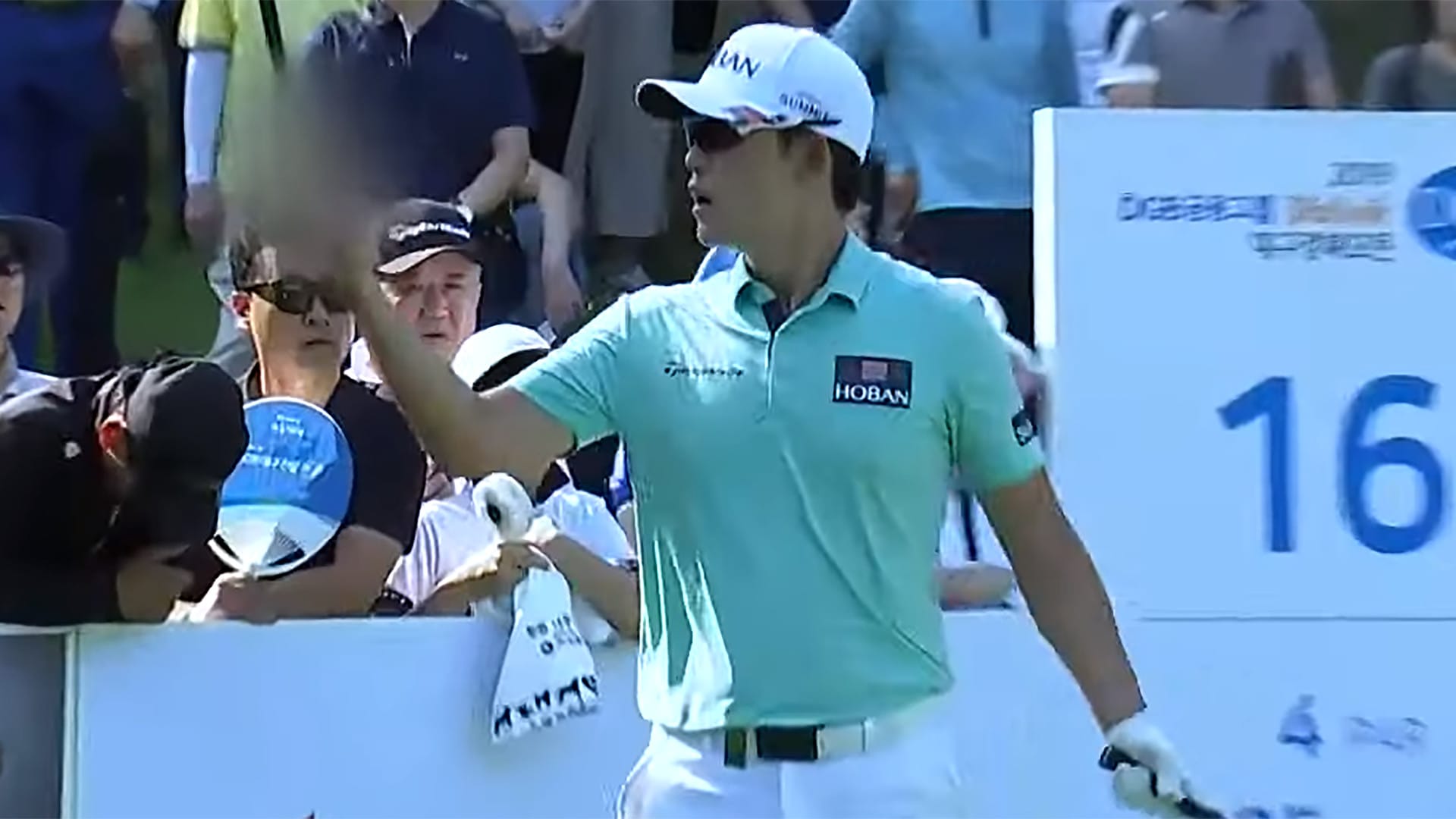 Bio Kim won on the Korean Tour Sunday, but it proved to be a costly victory.

The Korean Professional Golfers Association announced Tuesday that Kim, 29, has been suspended for three years for making an obscene gesture during the final round.

On the 16th hole Sunday at the DGB Financial Group Volvik Daegu Gyeongbuk Open, Kim reportedly lost his temper when a cellphone camera shutter went off during his downswing. According to the AFP, Kim turned and flipped off the crowd, before slamming his club into the ground.

Here is video of the incident:

Kim, who played on the PGA Tour in 2011, went on to claim his second title of the season and apologized afterward.

Apparently that mea culpa wasn’t enough to avoid a suspension, as the Korean Tour cracked down by unanimously voting to ban Kim for three years and fine him the U.S. equivalent of $8,350. After the emergency tour meeting Tuesday, news-wire photos showed Kim kneeling in front of a row of television cameras.

In a statement, the tour said: “Kim Bi-o damaged the dignity of a golfer with etiquette violation and inappropriate behavior.”

Prior to the suspension, Kim was leading the Korean Tour’s money list. 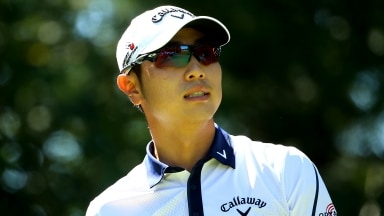 Out of military, Bae playing first event in 2 years

Sangmoon Bae is back inside the ropes for the first time in nearly two years.