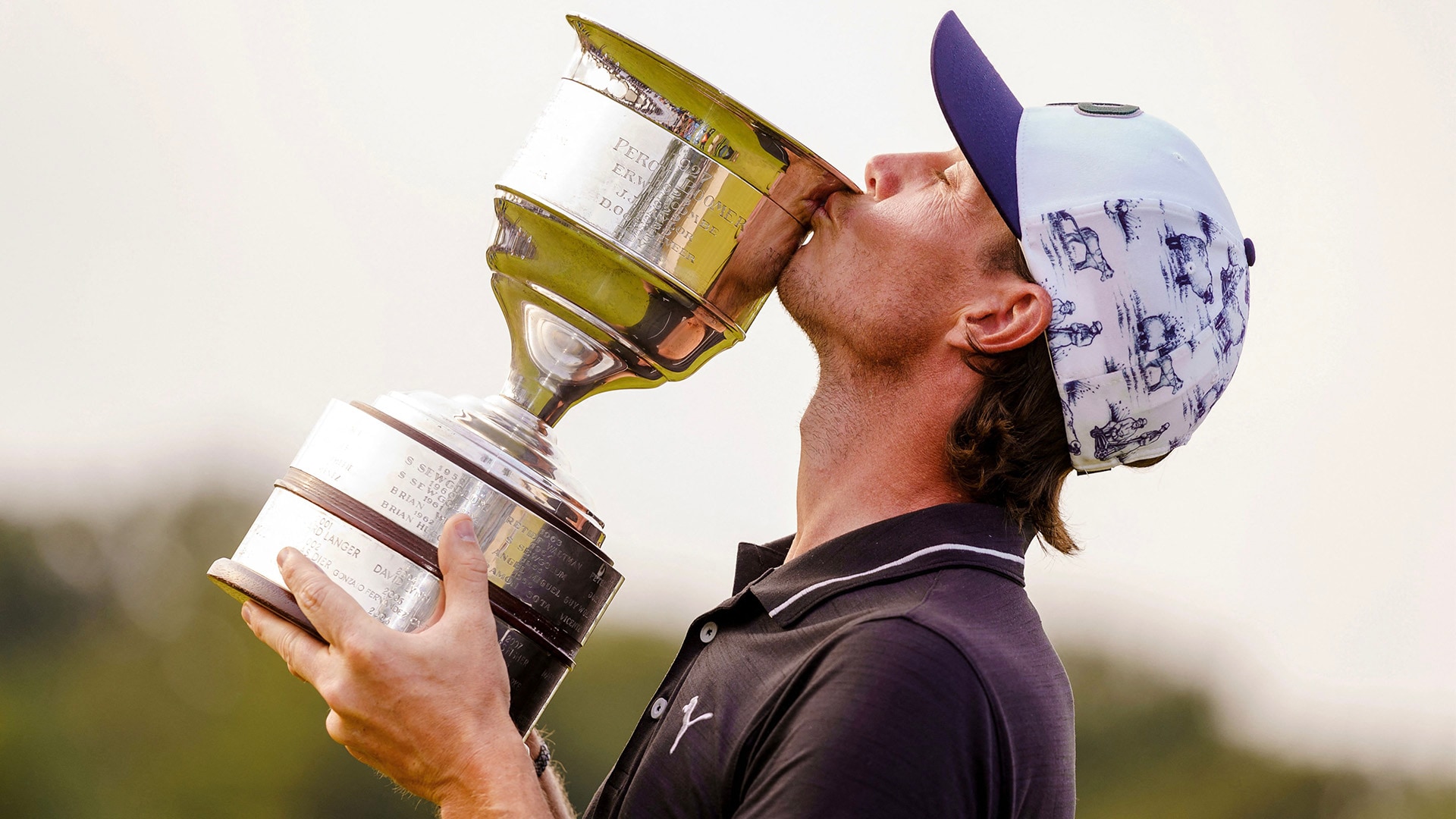 CROMVOIRT, Netherlands — Kristoffer Broberg of Sweden shot a tense level-par 72 Sunday to finish at 23 under and win the Dutch Open for his second European Tour victory and first since beating Patrick Reed in a playoff to clinch the 2015 BMW Masters.

The 35-year-old set course records at the Bernardus club in Cromvoirt in the second and third rounds, shooting a 64 on Friday and an 11-under 61 on Saturday.

But the 772nd-ranked Swede struggled Sunday, despite starting the day with an eight-shot lead, as Alejandro Canizares and Marcus Schmid both piled on the pressure with 5-under 31s on the front nine.

"The game wasn't there today. I was struggling all day," he said.

Full-field scores from the Dutch Open

Schmid reduced the lead to just two shots on the par-5 12th, but it could have been worse for Broberg — he chipped in for a bogey while Schmid left an eagle putt just short of the cup.

Schmid then made a double-bogey five on the 13th to take the pressure off Broberg in a rollercoaster back nine for the leader. The German finished second on 20-under, two shots ahead of Canizares, who shot a double-bogey seven on the 18th.

Broberg rolled in a birdie putt on the 17th to give himself a three-shot cushion going to the 18th and held his nerve for a regulation par five on the final hole to close out his second European Tour victory and the first by a Swede at the Dutch Open since Peter Hanson in 2012.

It was a return to form for a player whose playing schedule has been restricted in recent years by hip and knee injuries.

"Six years of hell," he said before choking up with emotion after his victory.

Broberg recently visited an optician in Sweden who gave him a contact lens for his right eye. 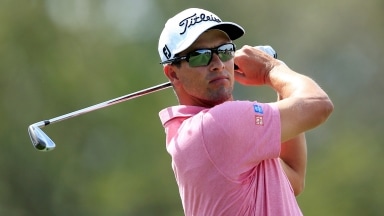 Thanks to a round of 6-under 66, last week’s winner Adam Scott will take a two-shot lead into the weekend over a loaded leaderboard at the WGC-Cadillac Championship. 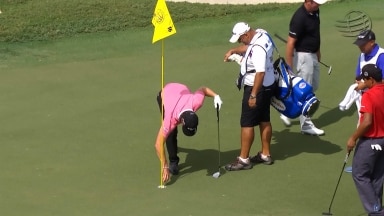 Based on the ball flight and his reaction, that wasn't exactly how Kristoffer Broberg drew up his pitch shot. It went in anyway. 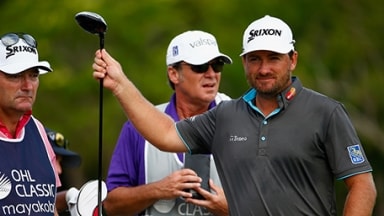