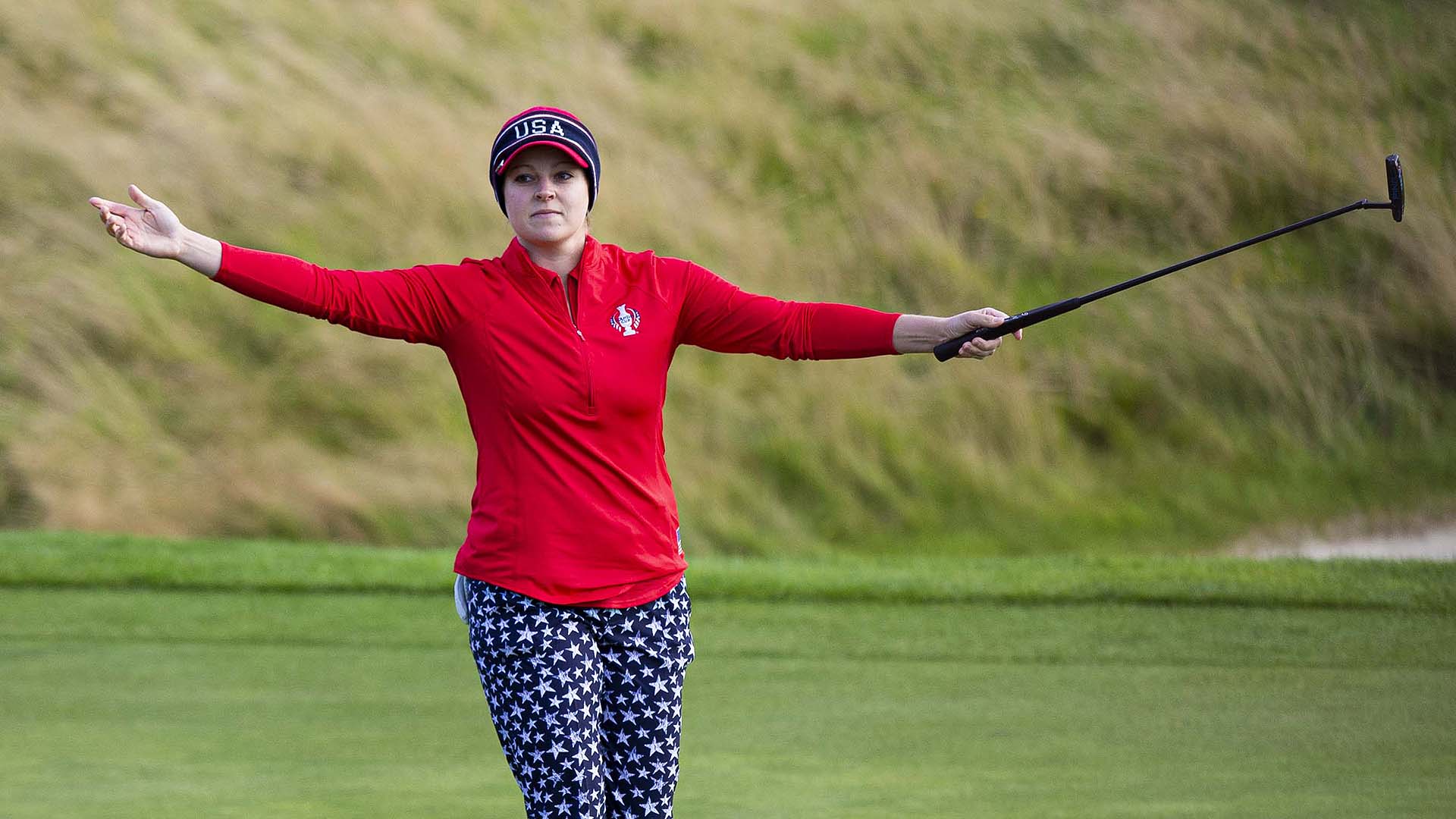 GLENEAGLES, Scotland – It was music to U.S. captain Juli Inkster’s ears. No, not the heavy wind heard on the other line when she phoned first alternate Ally McDonald last Thursday and asked her if she’d travel to the Solheim Cup early, just in case Stacy Lewis, battling a bad back, couldn’t go.

“I go, ‘Are you out hitting balls?’” Inkster recalled of her question to McDonald. “She goes, ‘Yeah.’”

Just what Inkster wanted to know.

McDonald ultimately got the call to replace Lewis on Tuesday, and three days later she teamed up with Angel Yin in her first Solheim Cup match. It didn’t take long, either, as she and Yin pummeled Anna Nordqvist and Caroline Hedwall, 7 and 5, to tie the fourball record for margin of victory in this event.

“When Juli called me to step in and replace Stacy if need be, I knew it could go either way when I got here,” McDonald said, “but I was able to go in, and first match out get a point for the U.S. It means a lot.”

McDonald’s late addition pushed the American rookie total to six players, half the roster. But Inkster’s rookies played a part in every point and half point on Day 1, as the U.S. trails only 4 1/2-3 1/2. Nelly Korda teamed with sister Jessica for a foursomes win before earning a comeback halve alongside fellow rookie Brittany Altomare. Marina Alex, paired with veteran Morgan Pressel, also got a halve in foursomes.

But no rookie was more impressive than McDonald. While Yin, a Solheim sophomore, contributed four birdies, McDonald also chipped in with four. They also lost just one hole and put zero bogeys on the abbreviated card.

Added McDonald: “We just fed off each other. … We kind of threw out our birdies in a pretty equal way, one birdie there, one birdie here.”

And after Friday’s performance, Inkster likely won’t be worried about throwing McDonald – or several of her rookies, for that matter – out there early and often this weekend.