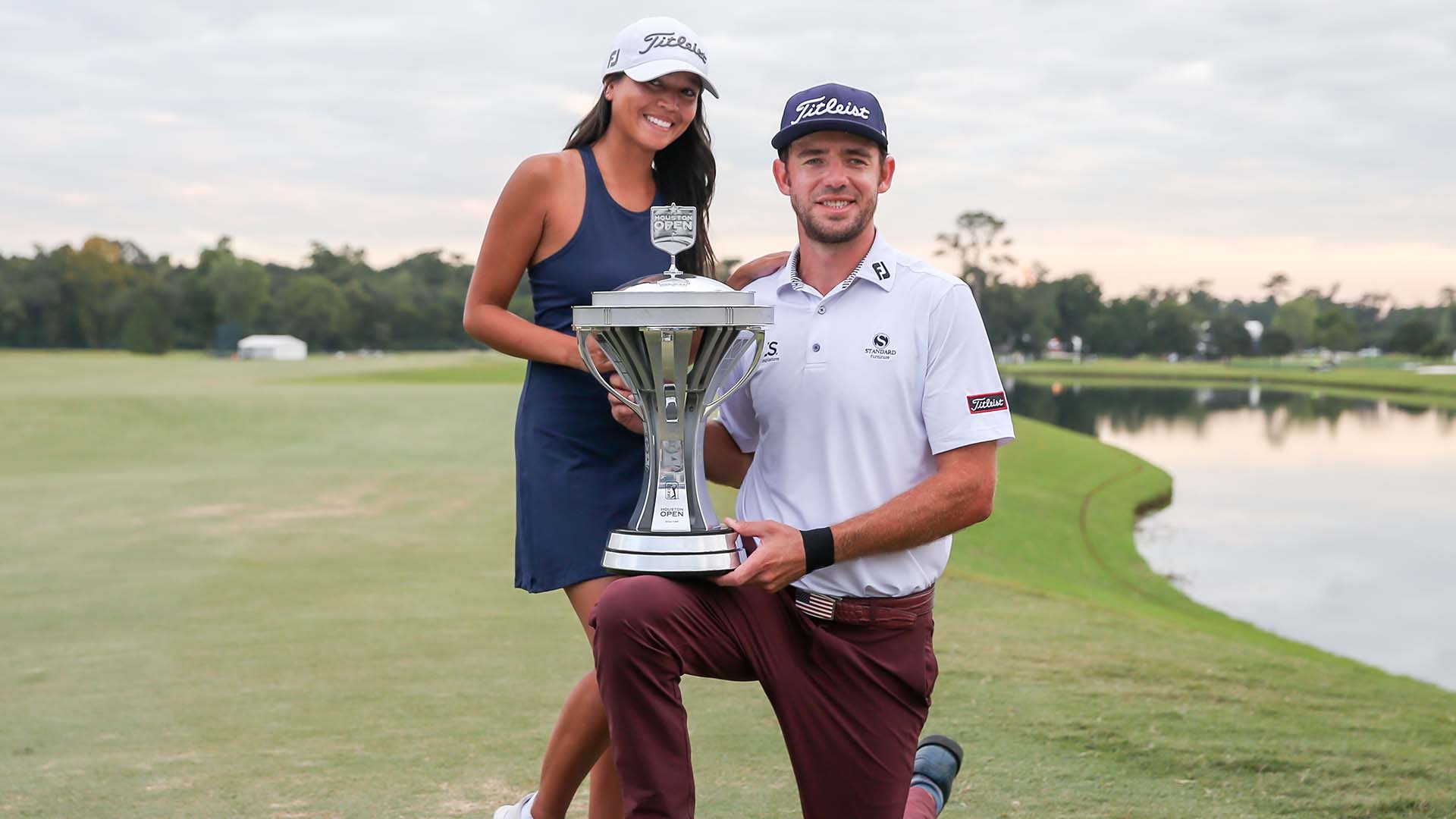 It went down to the wire Sunday at the Houston Open with three players each vying for their first win on the PGA Tour. But in the end, a late birdie for Lanto Griffin made all the difference, as he eked out a one-shot victory in the Lone Star State:

What it means: Griffin started the day with a one-shot lead, but a fast start from Hubbard meant the two men in the final pairing were neck and neck across the back nine. Harrington also threw his hat in the ring with a red-hot finish, and at one point all three men shared the lead at 13 under. But Griffin's lengthy birdie putt on No. 16 proved the difference, giving him an advantage that he turned into a trophy with pars on the two difficult closing holes. It's both his first win and first top-10 on Tour but his fifth straight result of T-18 or better to open the new season. After spending most of 2019 on the Korn Ferry Tour, Griffin is now fully exempt through the 2022 season and will be invited to his first Masters in the spring.

Round of the day: English had an uncharacteristically poor season in 2019, but the veteran appears back on track with a new wraparound campaign. English closed with a 6-under 66 to move into a share of fourth place, his third result of T-6 or better in four starts this fall. English birdied seven of his first 15 holes and didn't drop a shot until a short miss on the final green.

Best of the rest: Harrington was battling for his card two months ago at the Korn Ferry season finale, but after successfully enduring that pressure-cooker he now has a new career-best finish as a 38-year-old rookie. Harrington rolled in four birdies in a five-hole stretch from Nos. 12-16 to grab a share of the lead, and while a bogey on No. 17 dropped him off the pace he still signed for a 5-under 67 and a six-figure paycheck. It's a big result for a player who took time off two years ago to help his wife as she battled cancer and is now well on his way toward keeping his card for the 2021 season.

Biggest disappointment: It's hard to feel disappointed about a career-best finish, but Hubbard faltered down the stretch after a hot start. Hubbard was 4 under after eight holes, including an eagle on No. 4, but he didn't make a birdie the rest of the way and suffered a costly bogey on the par-5 15th when he pulled his drive into a hazard. Hubbard had birdie looks from inside 30 feet on each of the final two greens, but neither dropped as he signed for a 3-under 69 and came up one shot short.

Shot of the day: Griffin was coming off a birdie miss from inside 7 feet when he surveyed a 33-foot birdie putt on the par-3 16th. The subsequent stroke looked good the whole way, as Griffin buried the birdie that broke him out of a three-way tie for the lead with just two holes to go.

Quote of the day: "I'm just so relieved it's over." - Griffin