Casey chooses wrong club, costs him late in Round 2 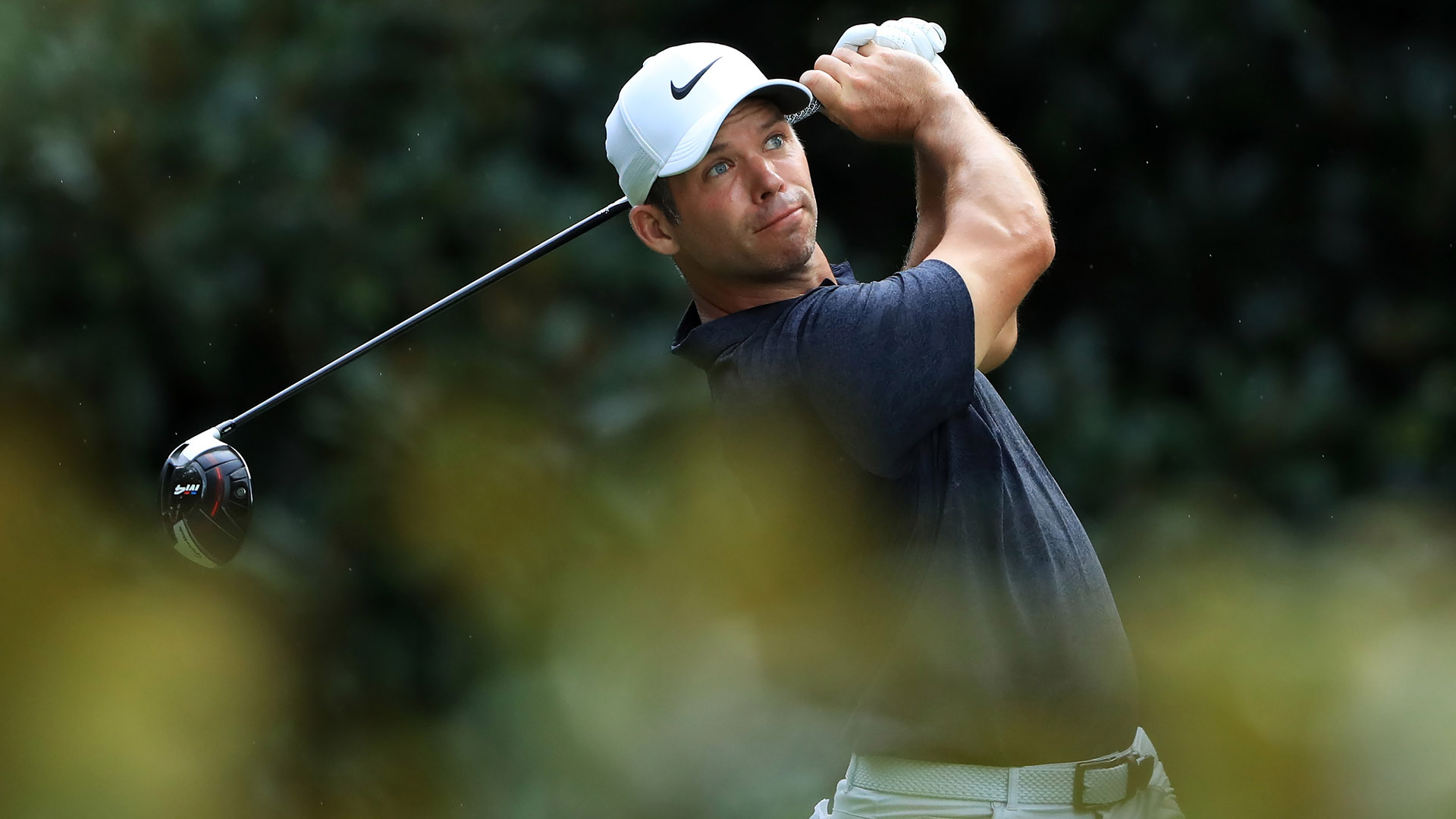 ATLANTA – From a hanging lie 246 yards from the 18th green on Friday at the Tour Championship, Paul Casey hit his best shot of the day.

“Four-iron, couldn't have been any better looking,” the Englishman said, smiling.

That moment of satisfaction quickly passed, however, as the shot bounced hard on the green and bounded over the back and into the rough. There was a confused pause before Casey realized what had happened.

“I just saw on TV [caddie Johnny McLaren] looks like he's in trouble. He's got his hand on his mouth, biting his tongue,” Casey explained. “I'm thinking to myself, has he just given me [bad yardage]? And then I look down and realized I hit the 3-iron, not the 4-iron.”

Casey, who missed a 16-foot birdie putt at the par-5 closing hole for a 3-under 67, said his 3- and 4-irons are essentially the same club with just slightly different lofts. Also, Friday wasn’t even the first time he’s made that mistake this year.

“It’s all on me. It’s 100 percent,” Casey sighed before mocking himself. “You know, we're not playing for much this week and it's not important.”