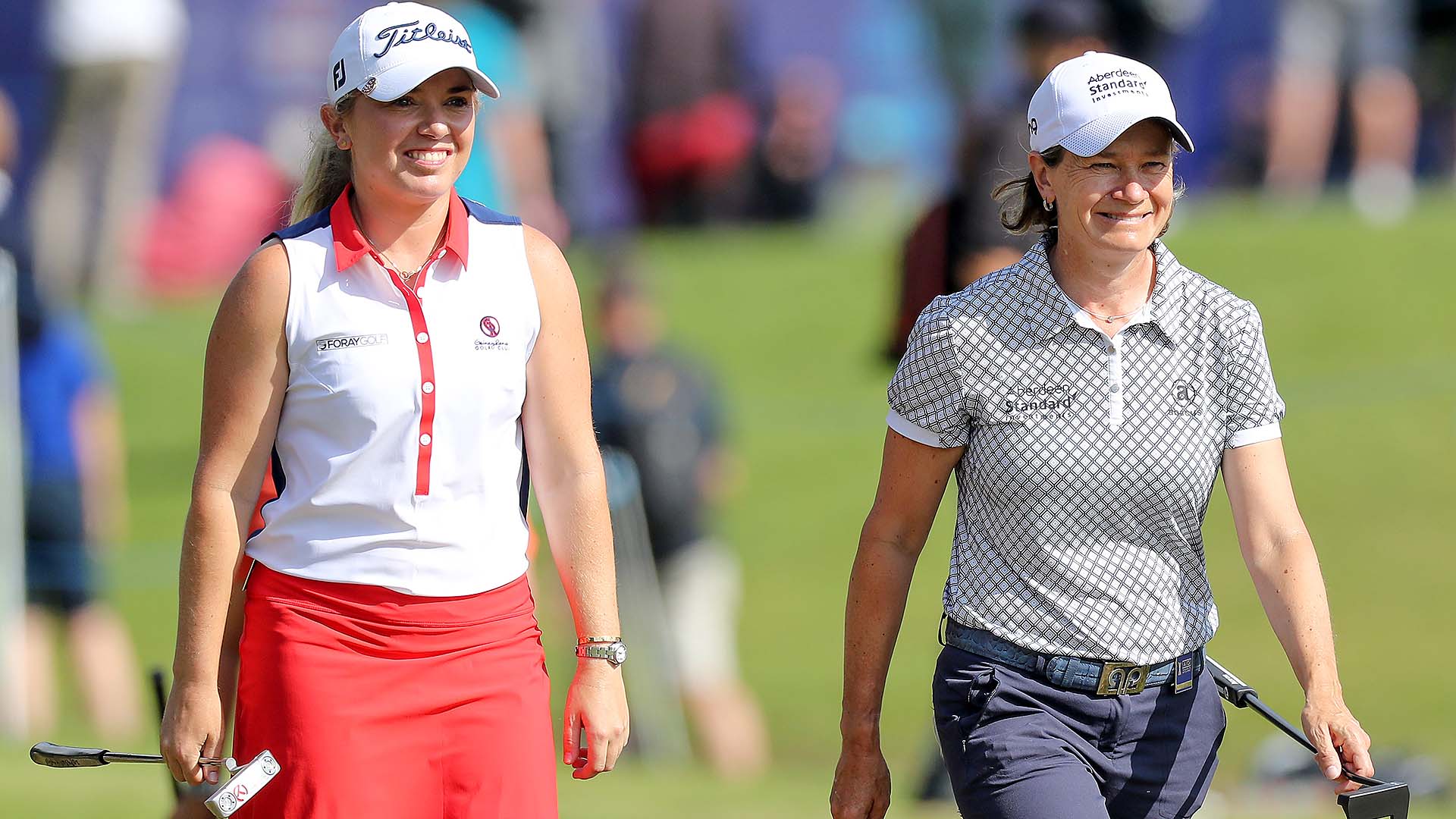 England’s Bronte Law put on the kind of performance Inkster would like to see an American make in a bid to get her attention as a captain’s pick for the U.S. team.

Law, playing alongside Matthew, needs a captain’s pick to make the European team, and if she wasn’t a lock before arriving at Woburn, she has to be now.

Law put on a show, running into contention to win her second LPGA title this year, the first major of her career. Law put up a 5-under 67 that briefly moved her into a tie for the lead . She ended the day tied for fourth, five shots behind Ashleigh Buhai.

“It’s like when you're younger at school, and you're in front of the teacher so they can keep an eye on you,” Law said. “Felt a little bit like that, but kept my focus out there.

“Obviously, with it being a major, the goal is to play well. It's not so much that I'm worried about Solheim, it’s that I have a job to do.”

While Inkster’s watching a veteran American group mostly struggle to give her a reason to make them a captain’s pick, Matthew is watching more than one Euro step up. France’s Celine Boutier shot 66 Friday and joined Law among players tied for fourth.

“It was one of my goals to be part of the team, but I try not to think too much about it because it kind of stresses me out a little,” Boutier said. “So I just try to do my best and then hopefully that's enough to make the team.

There are six Euros among the top nine on the leaderboard, all likely to make Matthew’s team one way or another. There are two Americans.