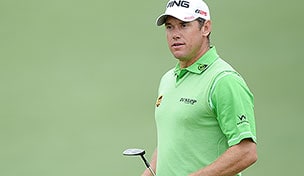 AUGUSTA, Ga. – Lee Westwood double bogeyed the first hole of the Masters. Five hours later he shot 2-under 70, which was a score that could’ve been much lower.

Westwood is still searching for his first major triumph. He has 14 top-10 finishes in majors but hasn’t yet found a way to breakthrough. Here at the Masters, Westwood has finished second, tied for 11th and tied for third the last three years.

Video: Best of the 0-fers at Augusta

Although he made double bogey at No. 1, he rebounded nicely with a birdie on the second hole, then recorded another at the ninth to make the turn at even par. Westwood made birdies on 10, 13 and 15 to get to 3 under but he slipped with a bogey on the difficult par-4 17th hole.

“Well, it was a good start – well, not literally, but it’s nice, a good first round,” Westwood said. “It wasn’t the ideal start, but I did manage a double bogey before the U.S. Open last year – that sprang to mind – and I fought my way back to have a chance.”