Ireland’s Leona Maguire is in position to make a Sunday run at winning the ShopRite Classic in her professional debut.

With a 4-under-par 67, Maguire was within three shots of the lead Saturday before the threat of lightning suspended play early in the afternoon at Stockton Seaview’s Bay Course outside Atlantic City, N.J.

Maguire, a two-time winner of the Annika Award as college golf’s best female player while at Duke, reigned as world amateur No. 1 for a record 135 weeks.

“I felt pretty calm,” Maguire said of her first two rounds as a pro. “It doesn’t feel all that different, really. Just playing my own game.”

Maguire, playing on a sponsor exemption, made five birdies and an eagle against two bogeys on Saturday.

“Wanted to give myself a chance going into tomorrow,” she said. 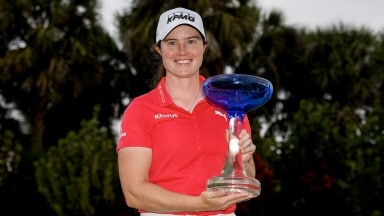 “It’s huge for Irish golf,” Maguire said following a closing 5-under 67 at the Drive On Championship in Fort Myers. 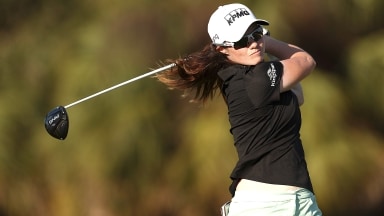 Leona Maguire and Marina Alex shared the lead Friday in the LPGA Drive On Championship, with one round remaining. 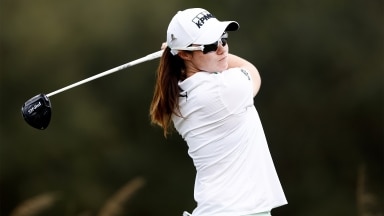 Maguire has shot at CME to finish illustrious year

When it comes to goals, Maguire has achieved almost all of them this year and has best chance of rookies to win $1.5 million Sunday.