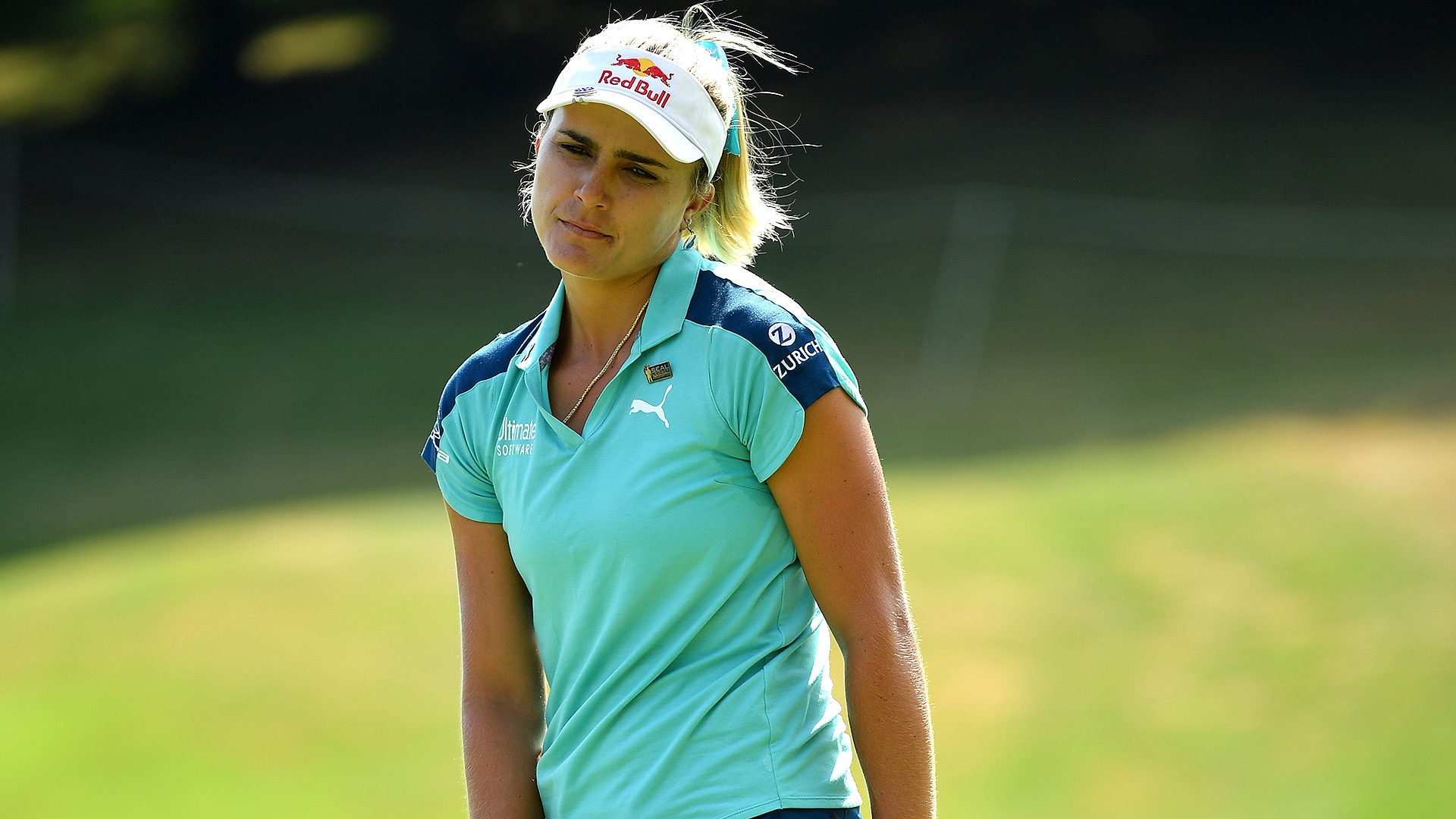 Lexi Thompson left the Evian Championship after a missed cut Friday smarting over the quirky nature of the test that mountainside course offers as a major championship.

After an opening-round 77, Thompson conceded she didn’t play well.

After a second-round 72, her complaint was more about how the course doesn’t play well.

“I’m actually very thankful I don’t have to put myself through that for another two days,” Thompson wrote in an Instagram post after her round. 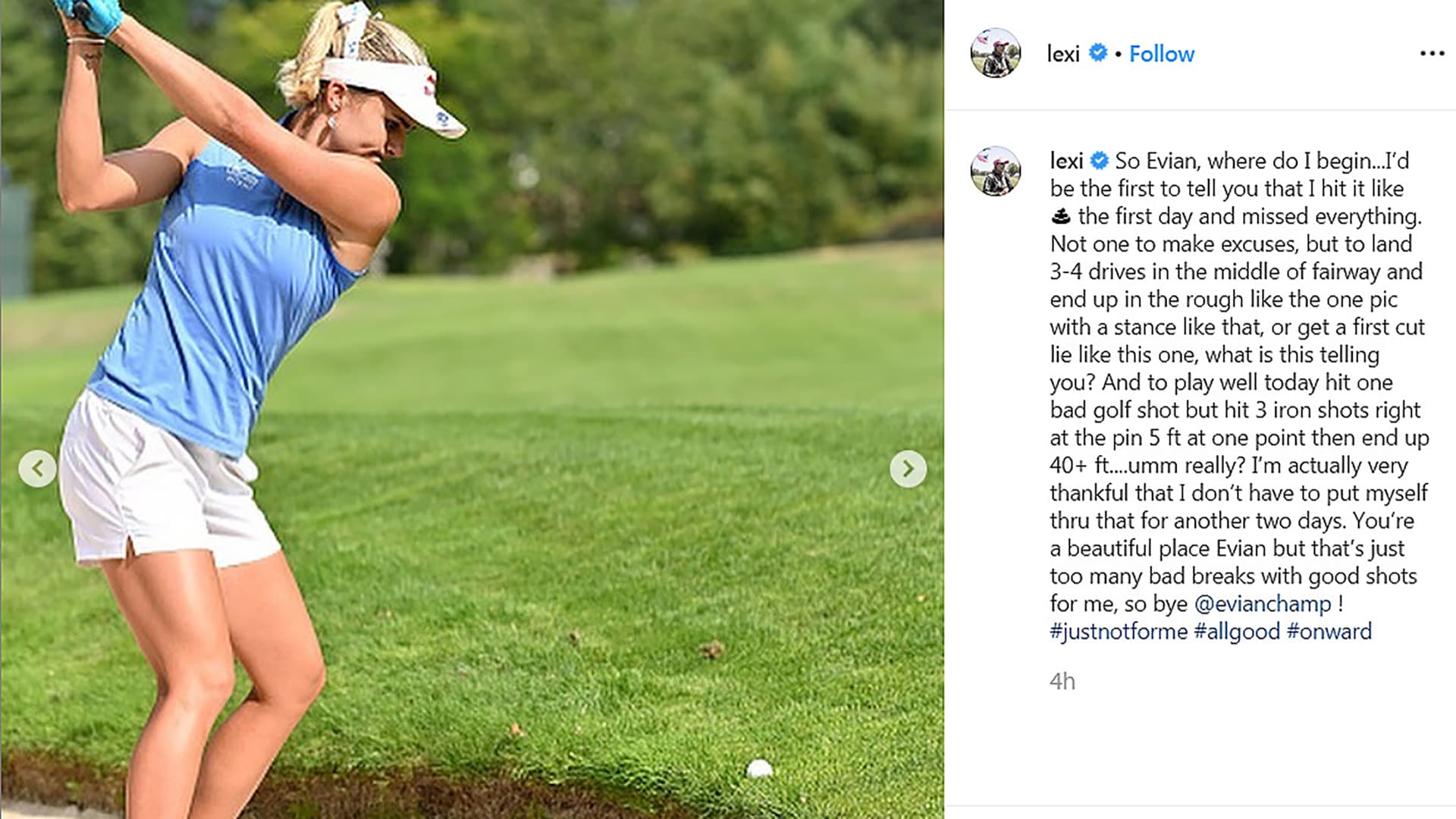 Thompson also posted photos showing some of the lies she had to deal with after hitting what she thought were good shots. The course’s routing along the mountainside, with its hobs and nobs in fairways and greens, creates bounces and runoffs that can leave players in awkward spots, especially when the course firms up.

“You’re a beautiful place Evian but that’s just too many bad breaks with good shots for me,” she wrote, “so bye @evianchamp ! #justnotforme #allgood #onward.” 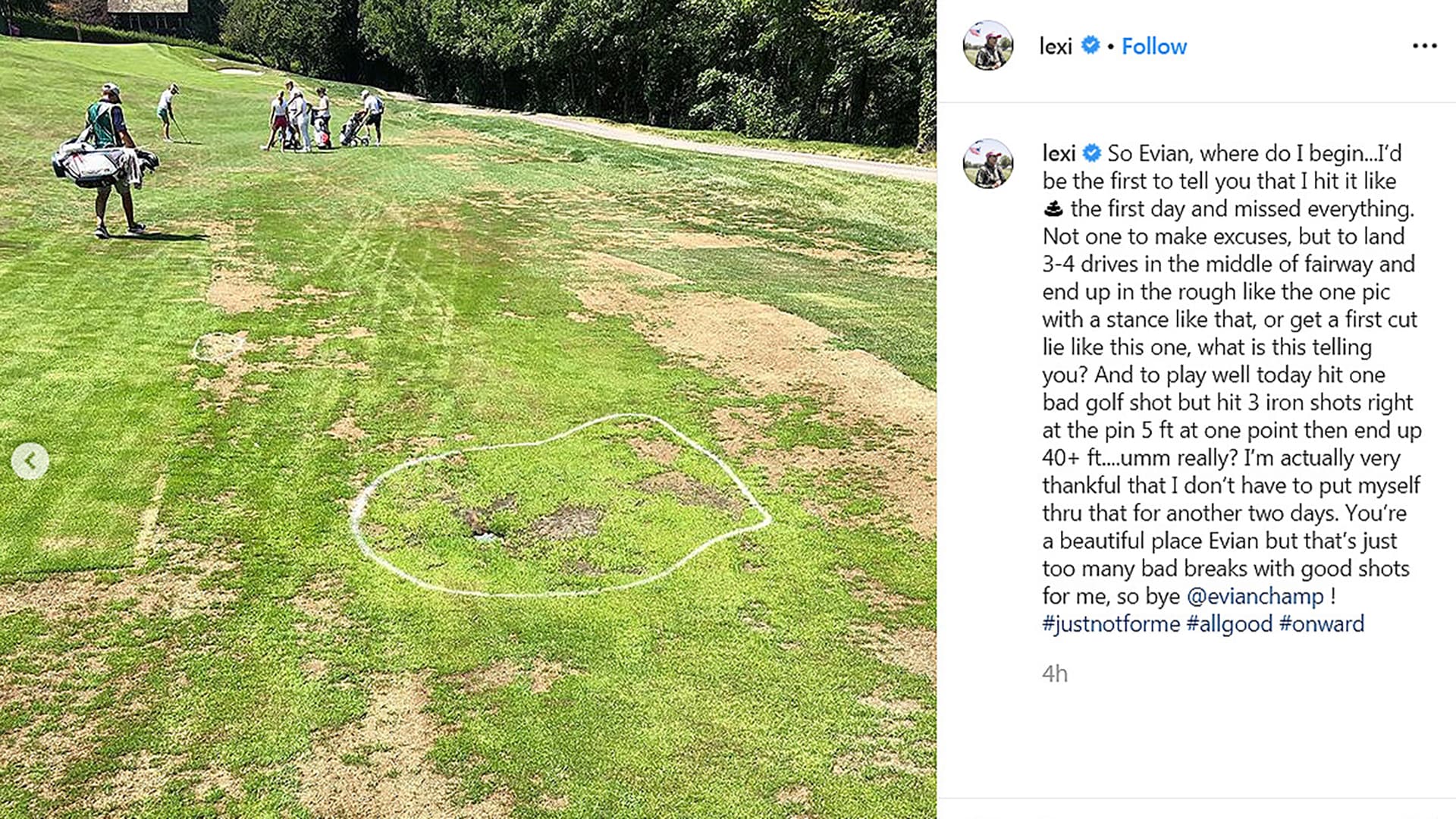 Later in the day, Thompson removed her post and replaced it with another saying that she wanted to “clear up any confusion” from that first post.

“My words were only directed at my frustration of not playing well in a major and at the unfortunate bounces we all get while playing this crazy game of golf,” she wrote in the new post. “I didn’t mean it in a mean way at all. Obviously just hasn’t been the course for me the last few years, but some girls are playing great and I wish them the best of luck this weekend.”

Thompson is the highest-ranked American in the world at No. 3 in the Rolex rankings. She has missed two cuts in majors over the last five years, with both coming at Evian. Though Thompson also missed the cut last year, she finished third at Evian in 2013 and finished second in 2015.

Seven years into the controversial declaration making Evian the LPGA’s fifth major, this underscores the nature of that controversy, beyond its breaking golf’s tradition of four majors. It’s yet more concern about the nature of the course’s suitability as a meaningful major championship test.

Stacy Lewis, a two-time major champion and former world No. 1, stayed away from the event for two years over her discontent with the course, setup and other decision-making around the event’s status as a major. She returned this year.