Lexi playing with fellas at site of 2-foot miss 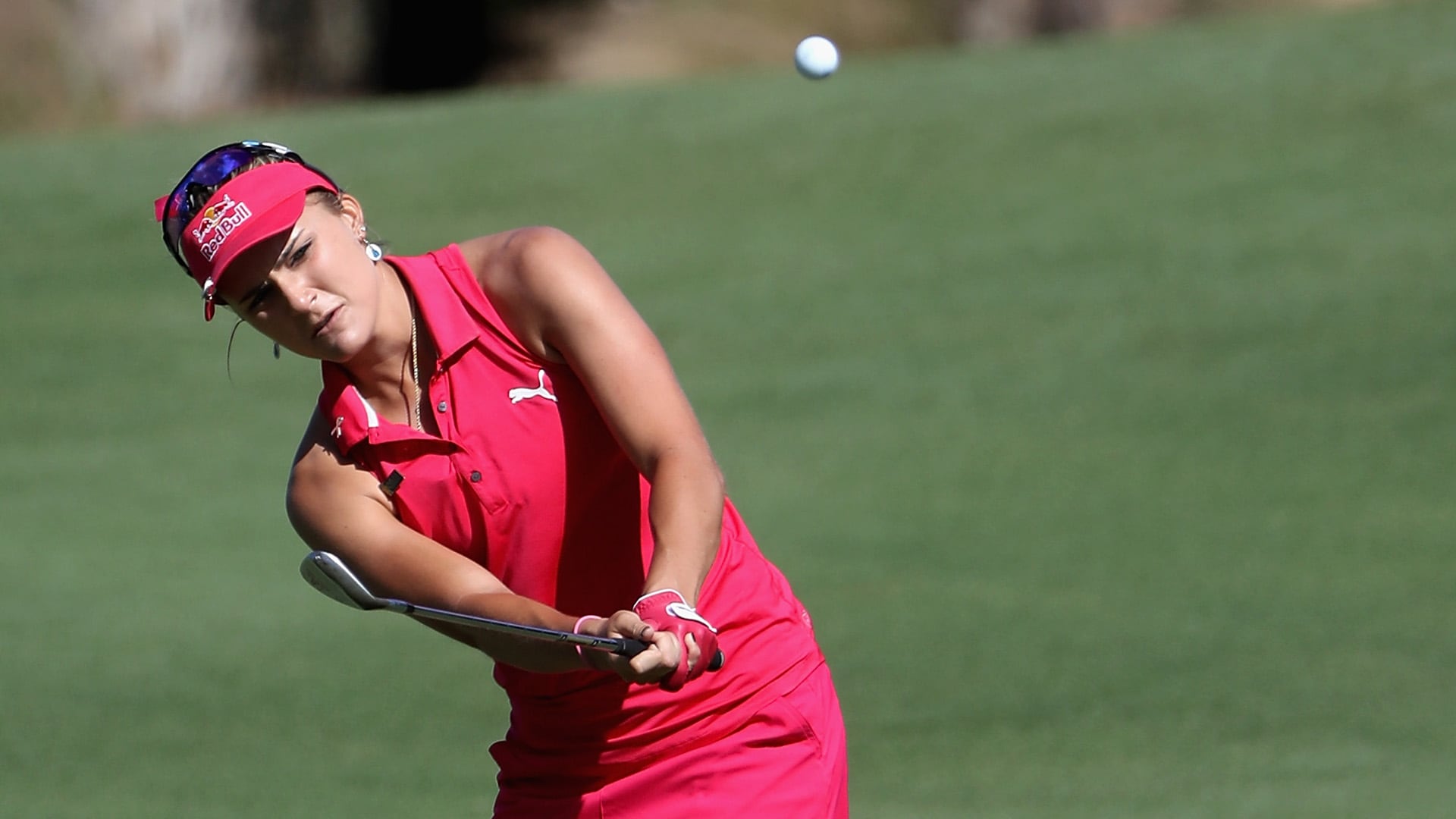 Lexi Thompson has a million reasons to be excited about her return to Tiburon Golf Club for the QBE Shootout this week and one bad memory to shake off.

Two weeks after missing a 2-foot putt that might have cost her the Rolex Player of the Year Award and the Rolex world No. 1 ranking at the end of the CME Group Tour Championship, Thompson is back on the same course in Naples, Fla., playing an unofficial PGA Tour two-person team event. She will have to wait almost two months to hit her next meaningful shot in an LPGA event.

Thompson returned to Naples reveling in what she won, rather than what she might have lost. Thompson won the Vare Trophy and the $1 million Race to the CME Globe jackpot two weeks ago, but that short miss cost her a chance at a much larger payoff when Ariya Jutanugarn birdied the final hole to beat her for the tournament trophy by a shot.

Thompson drove two hours from her home in Delray Beach to Naples this week in a sporty new Nissan GT-R, where she is teamed with long-hitting Tony Finau. She bought the car with some of her winnings in Naples.

“It’s unfortunate what happened,” Thompson told reporters at the Shootout. “I couldn’t tell you what I did, but, yeah, you just have to forget about it. There are so many things that will happen on the golf course, bad and good. You just have to remember the good and move on. I played amazing golf that week, and I made some amazing putts that last day. So, I’ll just remember those and move on and take the positive from it.”

The Shootout is hosted by Greg Norman, the former world No. 1 who knows something about bouncing back from tough losses. While Norman won two major championships, he suffered some memorably tough losses in majors. He was asked about Thompson’s loss two weeks ago.

“She’s a classy gal, and she’s going to work through it,” Norman told the Naples Daily News. “That stuff happens to every player. It really does. You just have to accept that it’s part of golf, and we screw up. She’s a strong-minded gal.”

For the second year in a row, Thompson is the only woman in the Shootout.

Finau asked to play with Thompson.

“I thought Lexi was a great choice,” Finau said. “I heard great things about her game and about her as a person.”