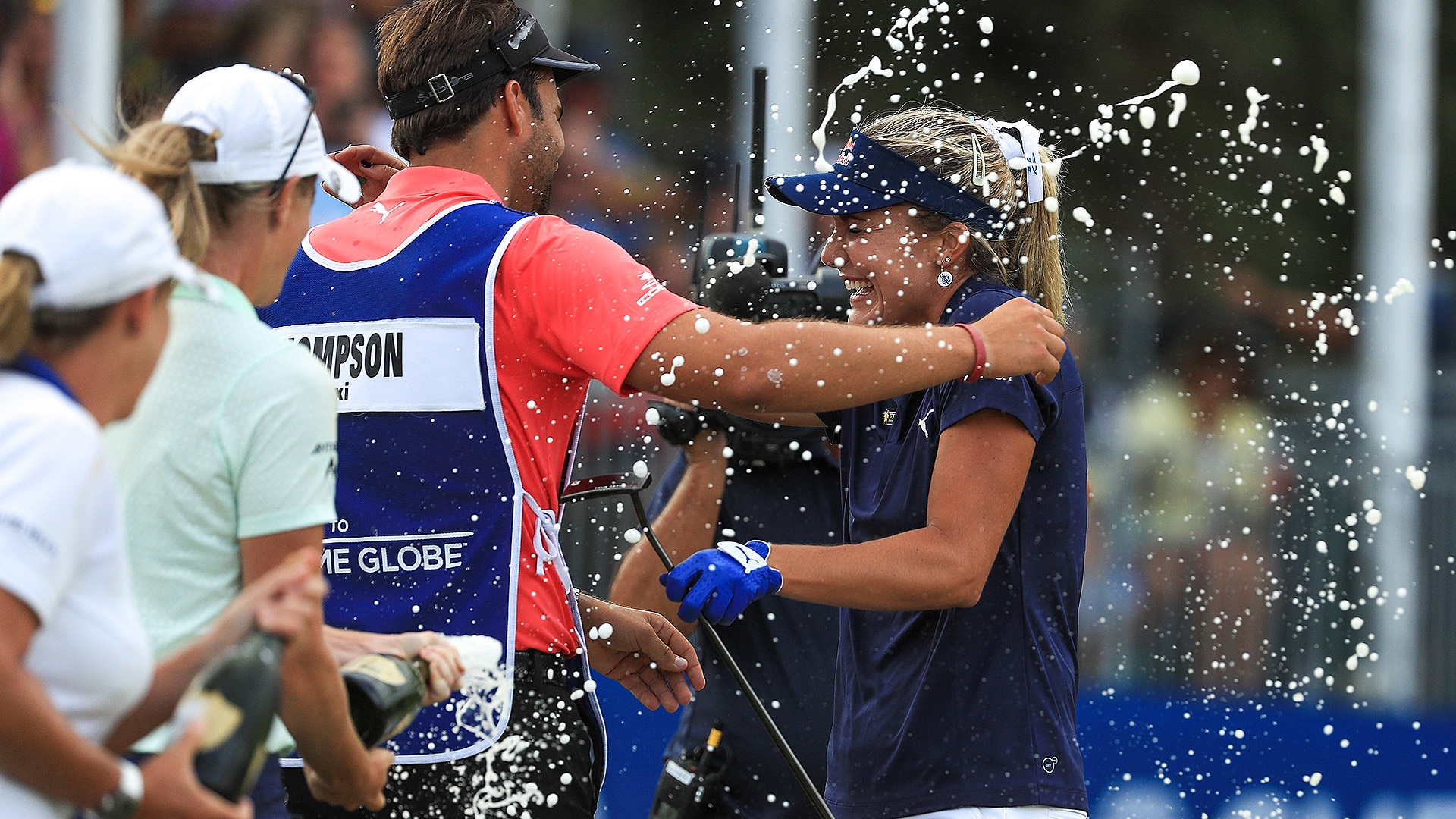 Neither left any doubt about that Sunday.

Thompson shot a final-round 70 to finish at 18-under 270 and win the LPGA's season-ending CME Group Tour Championship by four strokes over Nelly Korda. The win makes this the sixth consecutive year that Thompson has won at least once, extending the longest such active streak on the LPGA Tour.

Jutanugarn took the other two big prizes that were up for grabs this week, clinching the yearlong Race to the CME Globe prize - and the $1 million bonus that comes with that - as well as the Vare Trophy for winning the season's scoring title. The world No. 1 already had wrapped up player of the year honors, and finished 2018 with a 69.415 scoring average to edge Minjee Lee (69.747) for the top spot there.

Jutanugarn shot a 6-under 66 on Sunday, finishing the week tied for fifth at 12-under 276.

Jutanugarn briefly lost the lead in the projected Globe standings on Sunday after Brooke Henderson made three birdies on her first seven holes to grab the top spot. Jutanugarn reclaimed the advantage with four birdies in a six-hole stretch midway through her round, and the trophy was just about locked up when she birdied the par-5 14th almost simultaneously to Henderson making bogey on the par-3 16th.

The 13th hole on Sunday provided the shift that Thompson used to hold off Korda. They went to the tee of that par-4 with Thompson up by two; she made birdie, Korda made bogey, and Thompson was suddenly up four with five holes to play.

''It was just very special to win in front of all my family and friends,'' Thompson said.

Jutanugarn finished in style, rolling in a 15-footer for birdie on the final hole to cap the year where she swept the LPGA's biggest prizes.

''It means so much to me because like to be honest, after 2016 I never expected anything,'' Jutanugarn said. ''I feel like I achieve like too much already in my life, so I never think I can do anything more than that. So this year ... just like unbelievable.''

It was the 10th career win for Thompson, who grabbed the lead on Friday and kept it the rest of the way. She hadn't finished better than a tie for ninth in any of her last eight starts - but Tiburon Golf Club has been a haven for the native South Floridian, who is 31-under in her last seven rounds at the tour championship there.

The win also helped ease the pain of last year's tour championship for Thompson. She had a 2-foot par putt on the 72nd hole - one that could have meant a tournament win, the world No. 1 ranking and player of the year honors - but pushed it right and wound up losing to Jutanugarn by a shot.

There was no final-hole angst this time, and the role reversal was complete. Like Thompson in 2017, Jutanugarn departed with the Globe and the Vare Trophy; like Jutanugarn in 2017, Thompson got the win in the season finale.

Among other notables, Brittany Lincicome (67) to finish tied for third at 13-under with So Yeon Ryu (68), Lydia Ko went 68-68 on the weekend to finish 12-under alongside Jutanugarn, Marina Alex (69) and Carlota Ciganda (70). Nasa Hataoka finished alone in ninth at 10-under, and first-round leader Amy Olson shot a 4-under 68 to finish at 9-under and in a group with Henderson and Sei Young Kim.

''To finish top 10, top five, whatever it's going to be, going into the offseason, obviously I made a few extra dollars because I'm not playing until January,'' Lincicome said. ''I feel pretty good about it.''

The 2019 LPGA schedule is expected to be released in full later this month. The year begins with the inaugural Tournament of Champions in Lake Buena Vista, Florida, from Jan. 17-20. Winners from the last two LPGA seasons are eligible for that field, which means there should be about 36 pros playing along with some celebrity participants and amateurs.