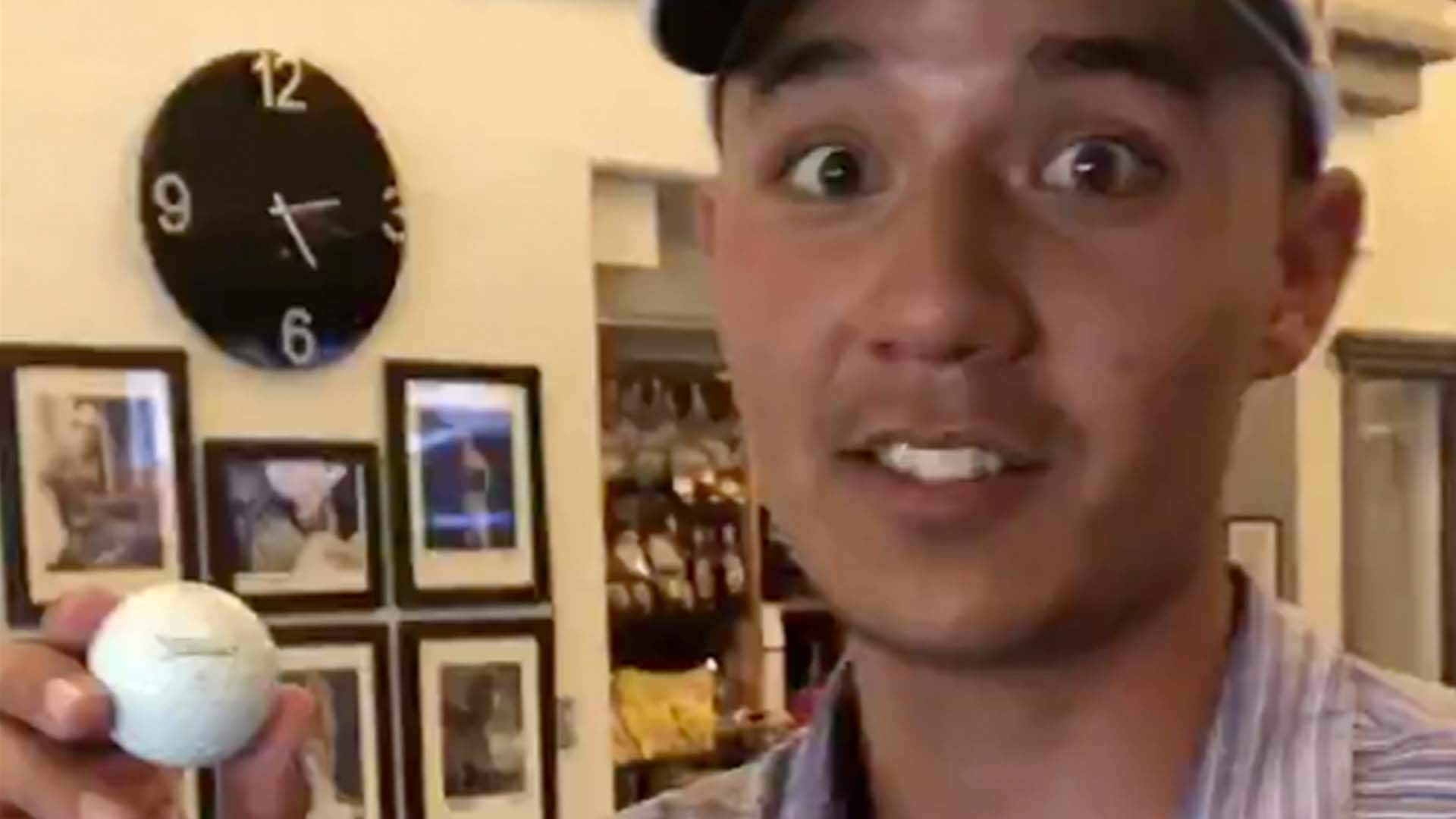 For most players at the professional level, golf balls are in endless supply.

Dropped off from a nearby equipment trailer, they're rarely noticed when they splash into a pond or get tossed to a fan during the walk from green to tee. Even the faintest scratch is usually reason enough for a player to swap in a fresh ball, leading to caddies reaching into the bag with regularity.

But that was not the case for 25-year-old Alex Chiarella, who over the weekend captured the Mackenzie Tour's Lethbridge Paradise Canyon Open with a score of 20 under par. What's more, he took home the trophy after playing all 72 holes using a single ball:

Chiarella was born in Hawaii and went to school at the University of San Diego. He broke out a Titleist 1, complete with a blue line and two blue dots, and used it until a rain delay halted his first round after seven holes. He brought the ball back out the next day to complete his round, then stuck with it during the short turnaround before Round 2. By that point, he was 11 under par.

"I looked at my buddy who I was staying with that night and said, 'Man, I have some good mojo with this ball. Would it be weird to keep this going on the weekend?'" Chiarella told PGA Tour. "He said, 'No dude, tee it up tomorrow.' There were a few scuffs on it, so I did it. I played with it on Saturday and then asked him the same question Saturday night, and he's like, 'Dude, there is no way you're putting the ball out of the bag. Tee that thing up in the morning.'"

Chiarella did just that, shooting a final-round 68 to win by a shot. He's now up to third on the Mackenzie Tour Order of Merit, with the top five players at season's end earning promotions to the Korn Ferry Tour for 2020.