Many pros wary of new venue for Byron Nelson 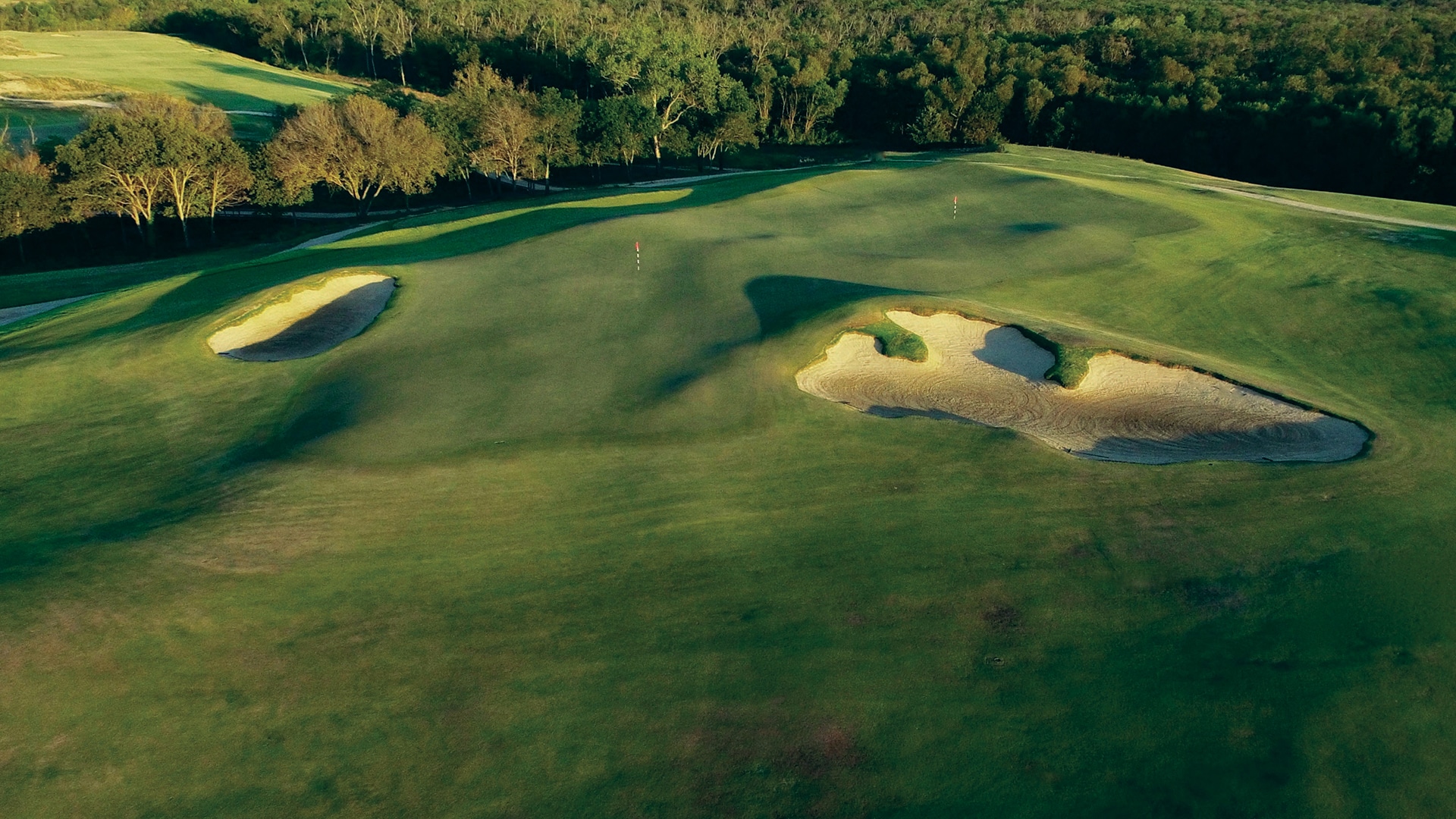 DALLAS – Take one look around Trinity Forest Golf Club, and it’s clear that the PGA Tour has left the Four Seasons Resort in its rear-view mirror.

Gone are the verdant fairways and manicured greens of TPC Las Colinas, which hosted the AT&T Byron Nelson for more than 30 years. In its place is a sprawling expanse of scraggly hills, sandy dunes and exactly zero trees. It's either a gem of a links layout or a wasteland, depending on who you ask.

Tour pros are famous for becoming creatures of habit, and this week’s venue change marks one of the biggest shifts in recent years among the Tour’s regular stops. It’s no surprise, then, that many of them approached this tournament with a sense of trepidation.

Even Jordan Spieth, a Trinity Forest member and de facto ambassador for the tournament, offered a tepid assessment when asked about the layout last week.

“It’s grown on me a lot over the past six months,” Spieth said.

His endorsements became more full-throated once he got back on property, but there remains a lingering sentiment that Trinity Forest is not meant for everyone. Unpredictable bounces lie around every corner, and players will encounter shots here that they may see nowhere else this year outside the majors.

As he readied the course to take center stage, Trinity Forest director of grounds Kasey Kauff appeared keenly aware that his layout is about to take some blowback from players who get blown sideways by the Texas winds.

“We are ready to showcase this place on TV,” Kauff tweeted Tuesday. “Nothing like exposing yourself to criticism from others.”

Still less than two years removed from its official opening, the Coore-Crenshaw layout offers plenty of unique features: from the blind, uphill approach to the 630-yard 14th hole to the double green shared by Nos. 3 and 11 that measures more than 100 yards from one side to the other. 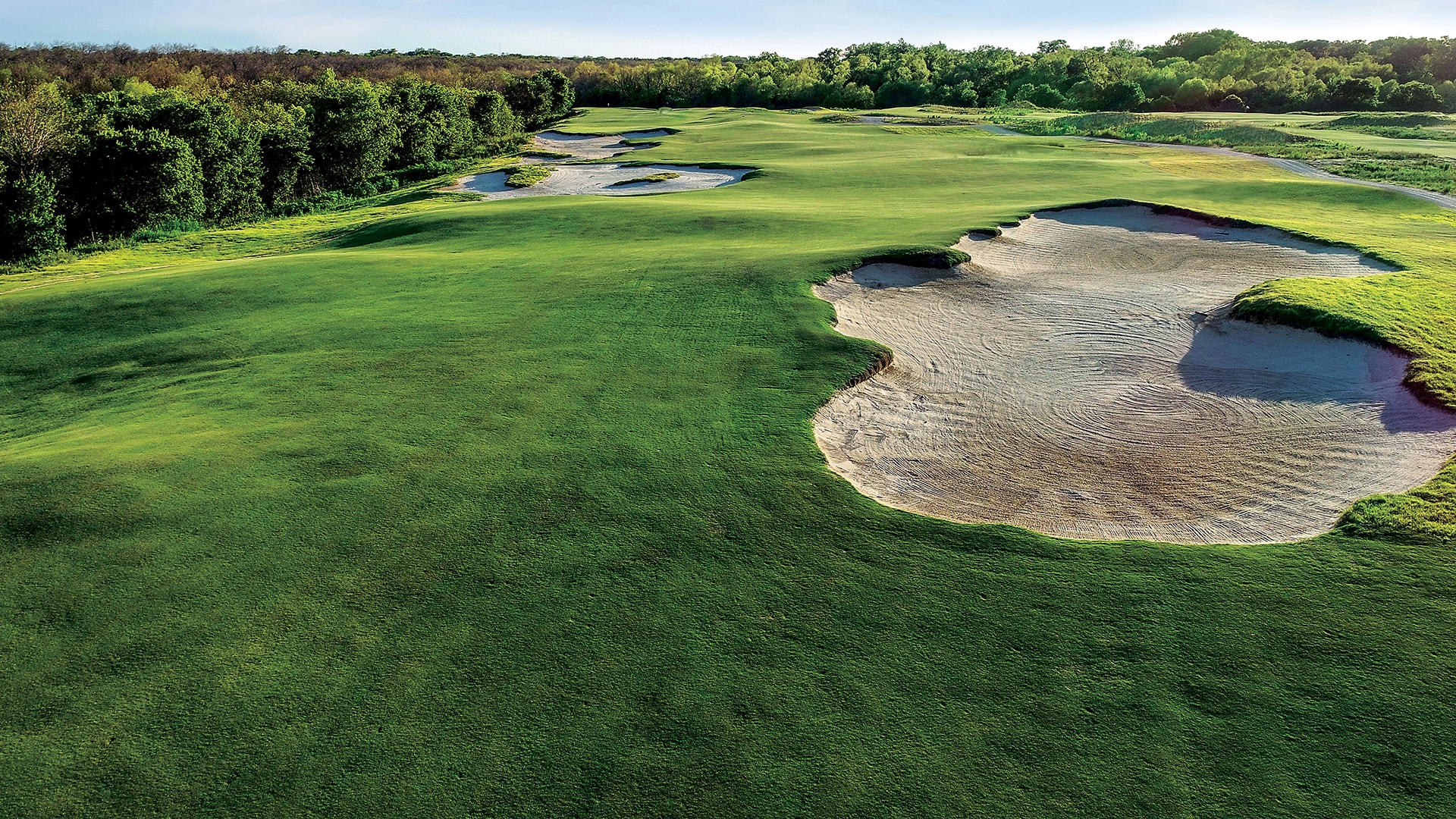 Players will have to negotiate some huge fairway bunkers. (Photo courtesy of Trinity Forest)

“Majorities just don’t like different, do they? This is just different than what we normally roll out and play,” said Adam Scott. “The greatest players have all managed to succeed out of their comfort zones, and learn to love links golf or parkland golf to succeed. … Whoever is going to win here this week will be someone who really embraces the different challenges of this golf.”

Scott is making his first return to this event in several years, but he is headlining a relatively weak field as far more regular participants opted to stay home for Trinity Forest’s debut. That list includes Dustin Johnson, who played each of the last four years in Irving; Jason Day, who made this event his first Tour win in 2010 and lost last year in a playoff; and 2012 champ Jason Dufner, who had played each of the last eight years.

After Billy Horschel netted 50 world ranking points for his win last year, the winner from this week’s watered-down field will receive only 34 points.

Part of that steep decline surely has to do with the hectic pre-U.S. Open schedule and the return of the Wells Fargo Championship to Quail Hollow, but part of it is also steeped in a “wait and see” approach many top names have adopted.

“I’m sure some of them are. There’s no doubt about it,” said two-time champ Sergio Garcia. “When you come to a new venue, there’s always a little bit of a question mark.”

While many stars will be watching from home this week, those that have ventured across town for Trinity Forest’s debut have, by and large, seemed to like what they see.

“If you go play the great courses in the world, there’s something here. From St. Andrews to Royal Melbourne to any kind of links to Pine Valley. It’s here,” said Ernie Els. “If they played a U.S. Open at Erin Hills and Chambers Bay, they can play one here. You can tuck flags away. It’s a wide open course, which is nice. But the second shot is where you miss shots, and that’s the mark of great architecture.”

For their part, tournament officials seem to have softened the edges of this unique layout to ensure its debut doesn’t fly off the rails during a week with steamy temps and no rain in the forecast. Several players were surprised by how soft the course was playing early in the week, with a belief that it would present a more true – albeit more difficult – test given firm and fast conditions.

“I think the course is probably going to play slower than it’s intended to play, being the first year and being this course is still growing,” said Trinity member Hunter Mahan. “I think the true vision of this golf course isn’t going to be quite realized just yet.” 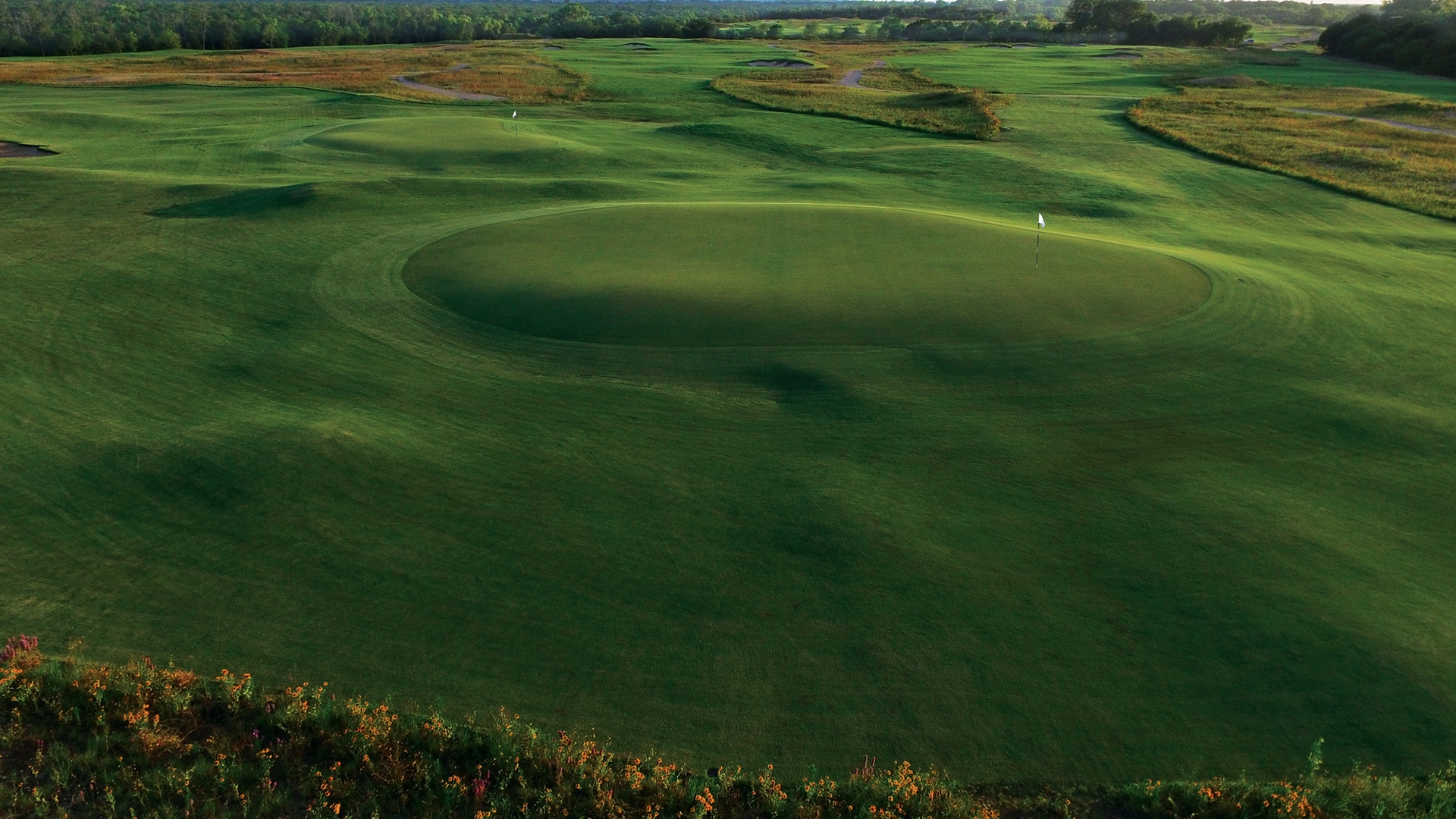 The course may have 'forest' in its name, but it has no trees. (Photo courtesy of Trinity Forest)

The vast expanse of Trinity Forest is sure to expose players, both literally and figuratively. Opinions on its merits, already varied, are sure to become only more polarizing once the scores begin to count.

But while the challenges it presents are certainly different and unique, that’s nothing but a positive in the eyes of many.

“We get coddled in the way we get treated, but variety is one of the best attributes golf has, I think,” said Geoff Ogilvy. “I think this course will stand the test of time. It will be kind of one of those courses that go strength to strength. People will enjoy it every year they play it more and more. Getting guys out of their comfort zone, I think, is a good thing.”