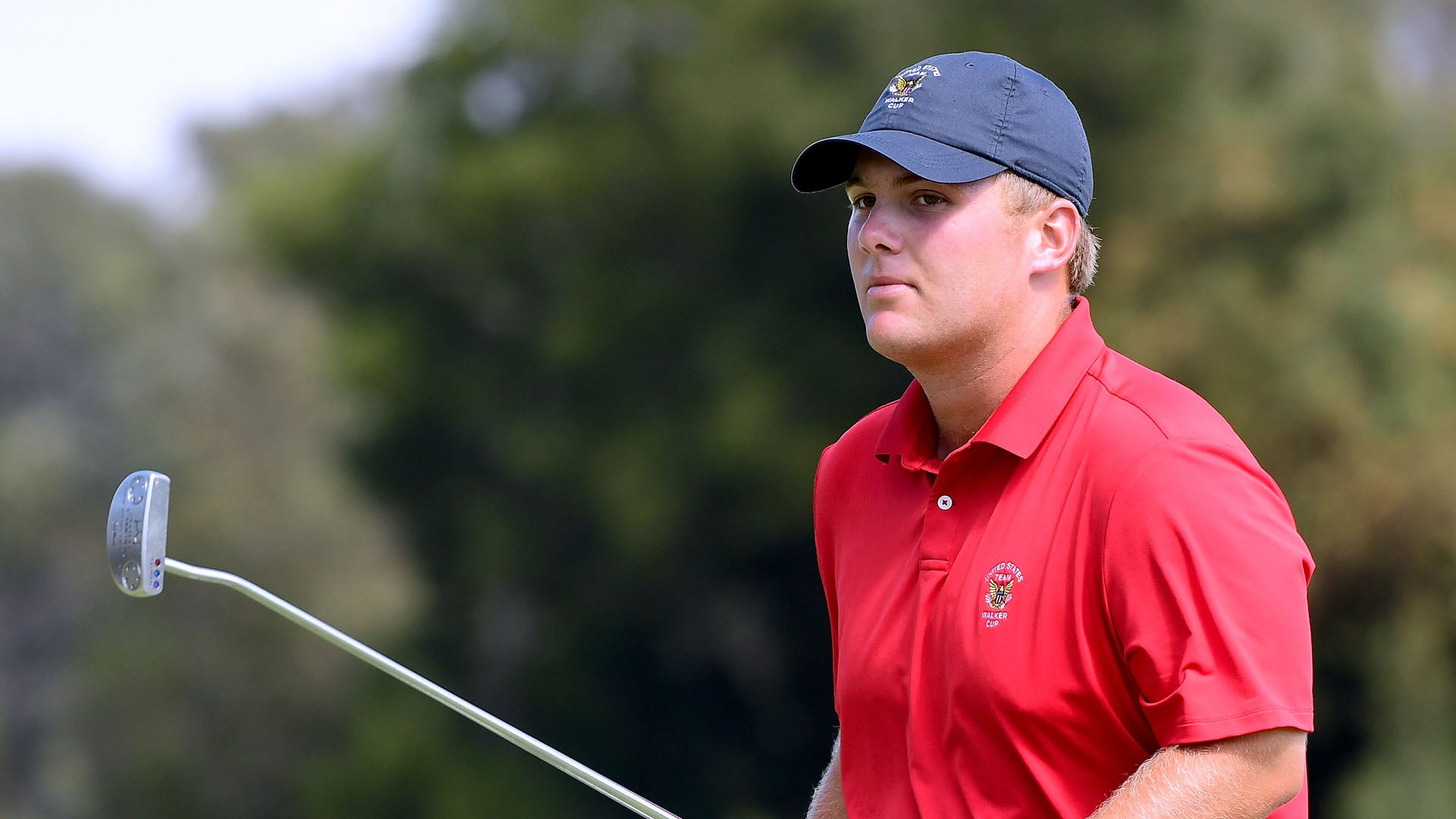 A day after Braden Thornberry won the 2017 NCAA individual title at Rich Harvest Farms, he and his Ole Miss coach, Chris Malloy, sat together at a private airport in Sugar Grove, Ill., while they waited on their flight back to Oxford, Miss.

With the rest of the team out of earshot, Malloy turned to his star sophomore and said, “All right, bud. Life’s going to change for you.”

In the 19 months since, it certainly has. A Haskins Award. A top-5 finish in a PGA Tour event. A Walker Cup selection. Several school records.

Now, Thornberry is about to undergo the biggest transformation in his golf career to date. The 21-year-old senior from Olive Branch, Miss., told Golf Channel on Friday that he has decided to forego his final semester of eligibility and turn professional.

“In my heart, I know I'm ready,” Thornberry said.

Thornberry had been tempted several times to join the pro ranks since his NCAA triumph. With every passing semester, he felt more prepared. Leaning heavily on Malloy during the process, Thornberry finally decided that if he finished among the top 40 and ties at the final stage of Web.com Tour Q-School in early December, he’d leave school early.

He opened final stage in 10-under 62, and though he eventually finished T-74 and only earned conditional status, he opted for pro golf anyway.

“We spoke every day about it over the last year in a half,” Malloy said. “I could’ve made an argument for him to do it a year ago. … He had fought off professional golf for so long, and found reasons to come back and be a good teammate for so long (Thornberry didn't miss a tournament this past fall), that he was ready for the next step.”

But it wasn’t easy. Thornberry met Malloy for lunch Thursday, expecting to make a final decision. After a while, Malloy told his player to sleep on it one more night. By the next morning, it was official.

Thornberry loves Ole Miss. He loves his teammates and coaches. When he arrived in Oxford, he was planning on staying four years. Even after winning NCAAs, he had no thoughts of turning pro early. He wasn’t physically or mentally strong enough.

During his junior year, though, talks got more serious. He sought advice from Tour players and his peers who had already made the jump before him. Suddenly, it became clear to Thornberry that there was no wrong choice.

“College is a one-time thing and pro golf is going to be there for another 20, 30 years, so don’t rush that,” Thornberry said. “But at the same time, I had guys tell me, don’t think it’s the wrong decision to go pro early. … It was reassuring to hear both sides of the argument.”

Said Thornberry’s mother, Veronica: “It was time. His game was ready. He was ready. I’m so excited to see him get out there.”

While Thornberry’s father, Les, taught him the game, Veronica Thornberry likely made sure her son stuck with golf. When he was in elementary school, Braden loved to ride dirt bikes. But when he fractured his right tibia and fibula, and then less than a year later broke the growth plate his left forearm, mom had enough.

“She strongly recommended I quit,” Thornberry said. “It was time to find a new hobby.”

Thornberry also was involved in martial arts, earning a second-degree black belt. But ultimately, he chose golf. When he was 12 years old, Thornberry was already beating Les, a scratch player, from the women’s tees. One day, Les got tired of losing.

Braden beat him that day.

“Golf is not real fun when you’re losing to your 12-year-old son,” said Les with a laugh.

The real fun, though, was watching Braden blossom as a golfer. With a homemade swing all his own, Thornberry became one of the top junior golfers in the country. While some top schools stayed away because of the quirky swing, there were plenty of others who embraced Thornberry. None more than Ole Miss.

Thornberry arrived in Oxford with a ton of talent, yet surprisingly lacked self-belief. That changed at the SEC Championship his freshman year when Thornberry was challenged by Malloy. For years, Thornberry had looked up to players such as Florida’s Sam Horsfield and LSU’s Sam Burns.

Thornberry now ends his Ole Miss career with a school record 11 victories. He also collected the Haskins Award as college golf’s top player in 2017, the same year that he won the Jones Cup and Sunnehanna Amateur while also being a member on the victorious U.S. Walker Cup team.

Thornberry’s biggest amateur accomplishment, however, was his T-4 finish at the 2017 FedEx St. Jude Classic.

“That was the first time that I knew I could compete at the professional level,” said Thornberry, who has made six career professional starts, including last summer’s U.S. Open. “That stretch of golf (that summer) really showed me that I’m good enough to be successful at the next level. That was when my mindset changed from hopefully I’ll play professional golf to when I play professional golf.”

Thornberry, who will sign with IMG and continue to live in Oxford, doesn’t have the luxury of guaranteed starts this season on the Web.com Tour. He’ll instead have to play with his back against the wall, taking full advantage of sponsor exemptions and Monday qualifiers.

One certainty, however, is that Thornberry will have plenty of people rooting for him. There’s a reason Thornberry is nicknamed, “Teddy.”

The biggest compliment Veronica Thornberry has ever received came from the mom of another junior golfer when Braden was 16 years old. The mom’s son, new to competitive golf, was so intimidated when he saw that he was paired with Thornberry that he wanted to withdraw from the tournament.

“After the round she came up to me and said that Braden had been nothing but encouraging and friendly to her son, and made him feel comfortable,” Veronica Thornberry said. “She said her son came back and was so excited to have made a new friend in Braden.”

“He’s a generational player, and not just from a scores standpoint,” Malloy said. “I don’t want to downplay how good he is – to do what he’s done, winning 11 times. But anyone who’s ever encountered Braden Thornberry, it’s hard not to love the guy and love his story.

“He’s such a genuinely good person, you can’t help but root for him.”

Ole Miss senior Braden Thornberry is turning pro and foregoing his final semester of eligibility with the Rebels. 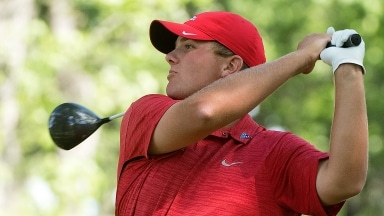