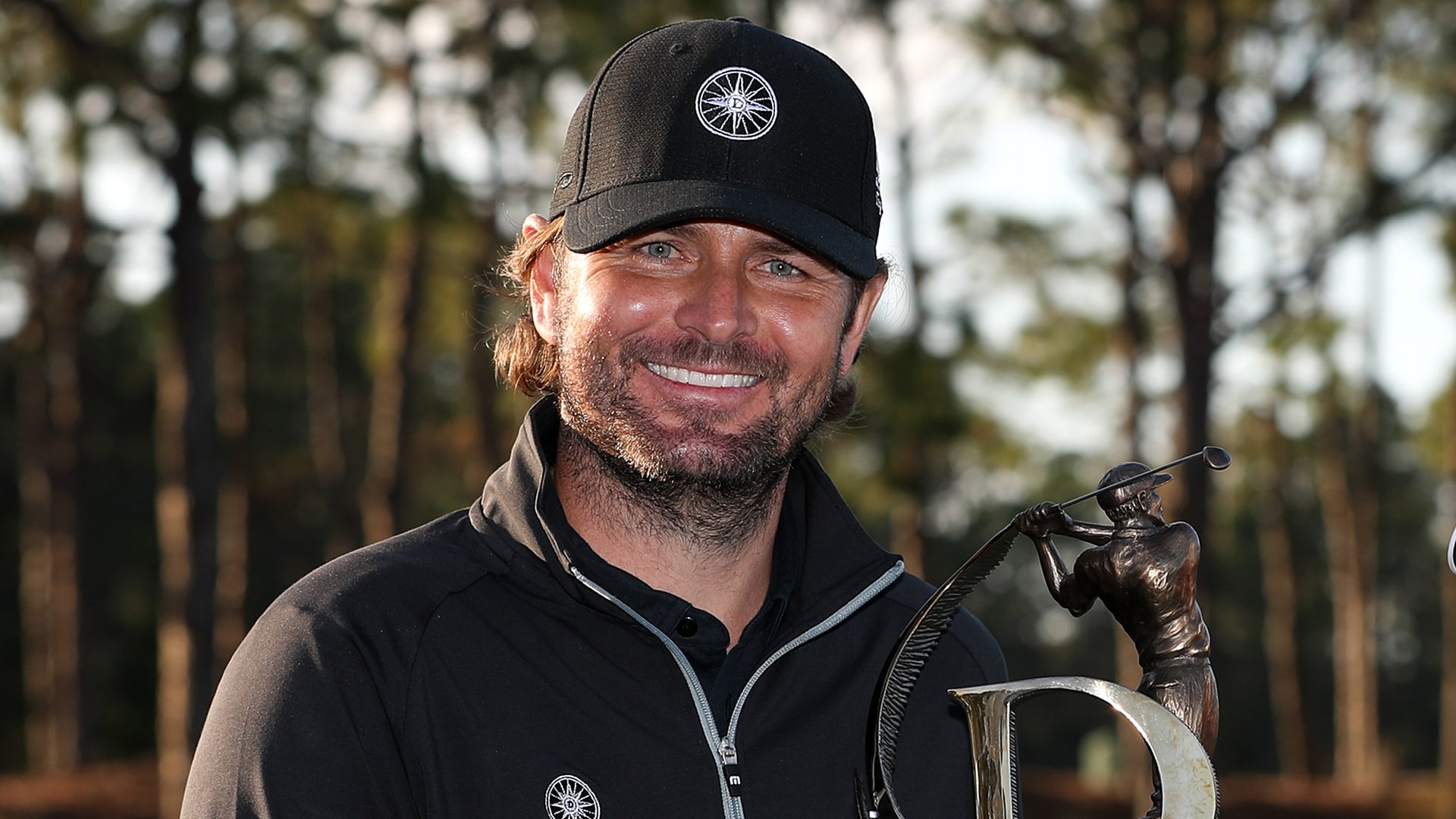 As a professional tennis player, Mardy Fish won more than $7 million. So his earnings for winning the celebrity competition of the Diamond Resorts Invitational were not exactly going to make or break him.

Still, a hundred grand is a hundred grand. That's what Fish earned for topping the celebrity field. That's twice as much as former NHL star Jeremy Roenick earned for second place. Here are the payouts for the entire field, down to former NASCAR driver Michael Waltrip. 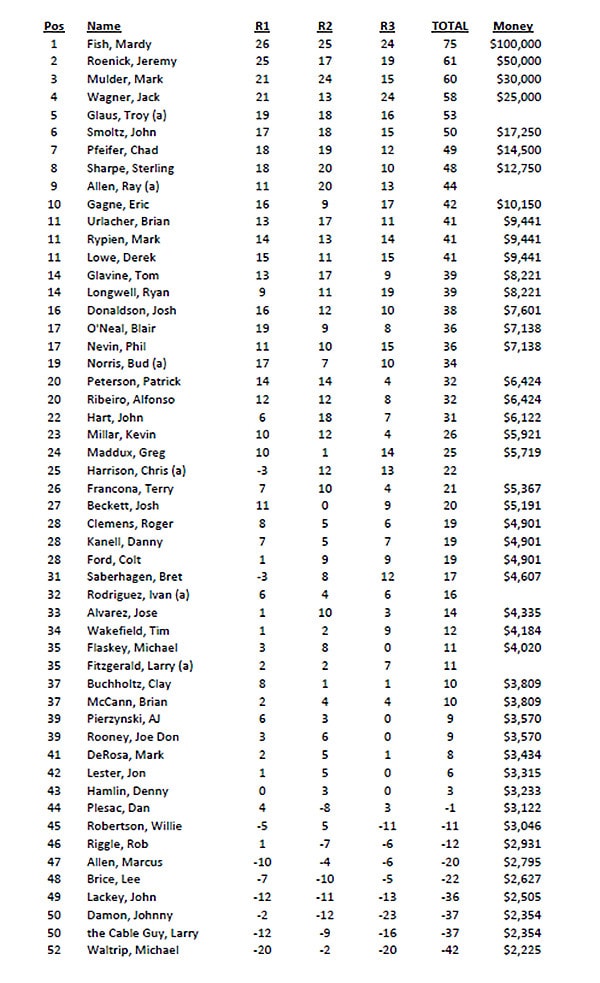 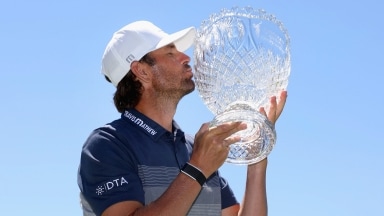 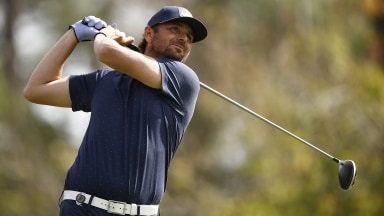 Former tennis player Mardy Fish birdied the final five holes in a record-breaking round to take a three-point lead in the American Century Championship. 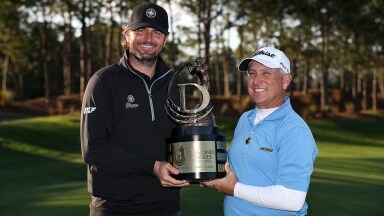 Scott Parel (pro) and Mardy Fish (celebrity) were the winners Sunday in the Diamond Resorts Invitational in Orlando, Fla.