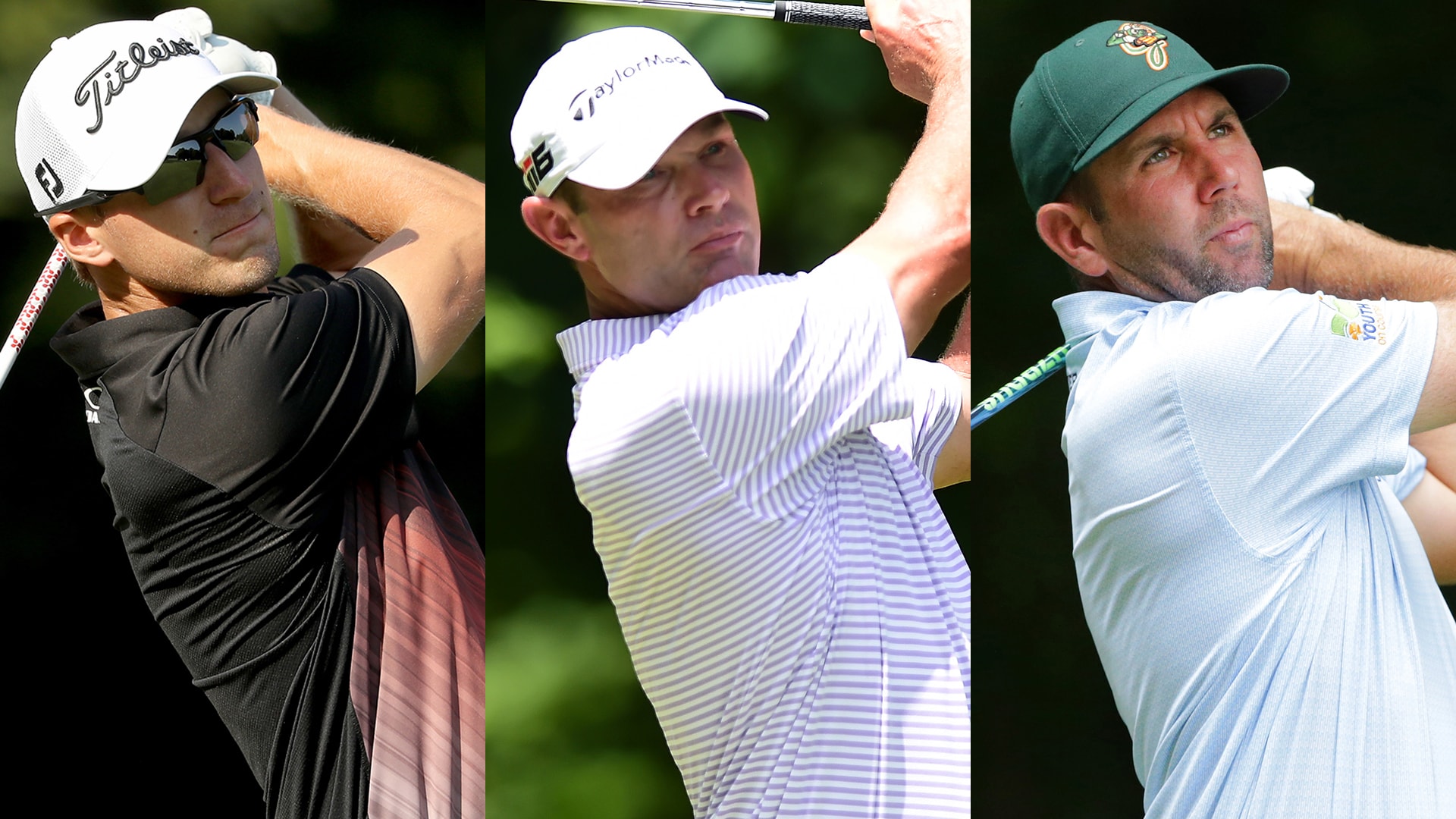 GREENSBORO, N.C. – After signing his final scorecard of the season within the weathered brick walls of the Sedgefield Country Club clubhouse, Richy Werenski stepped out and got a two-minute pep talk from his caddie, Steve “Pepsi” Hale. He spent another five minutes receiving words of wisdom from his father, Mike, who placed his hand on his son’s sweat-stained shoulder. But their encouraging words did little to blunt the pain of the stark reality that was now facing him.

While he wouldn’t know it for certain until a few hours later, Werenski’s T-39 finish at the Wyndham Championship left him achingly short of retaining his PGA Tour card for the 2019-20 season. When all the scores were tabulated, less than two FedExCup points separated Werenski, a 27-year-old former Big Break champion who has yet to win on the PGA Tour, from veteran Pat Perez, who had missed the cut in Greensboro, was already exempt for 2020 and spent Sunday playing golf with President Donald Trump.

But out on Tour, the distance between 125th and 126th might as well be calculated in miles.

The regular season finale always delivers drama around the top-125 bubble, with status at stake and those inside the number moving on to the lucrative playoffs that kick off Thursday at The Northern Trust. The ones on the outside are by and large resigned to a trip to Korn Ferry Tour Finals in order to regain their fully-exempt status.

Two players moved inside the number with high finishes at the Wyndham: Patton Kizzire (129th to 118th) and Andrew Landry (132nd to 123rd). But their respective ascents lacked some magnitude, given that both were already fully-exempt for next year thanks to recent victories. Instead, the story Sunday was largely one of disappointment, as players like Werenski came up just short with his job on the line.

“I mean, I tried. I don’t know. It was just kind of a tough year,” said Werenski, who tied for third at Mayakoba in November but never again cracked the top 10. “I started playing solid golf again the last month or so, but it just wasn’t enough. It’s tough out there.”

The story was similar for Shawn Stefani, who is no stranger to the Wyndham pressure-cooker. Three years ago, he left Sedgefield in tears after saving his card by the thinnest of margins, and last year he needed a strong result just to salvage the conditional status retained by those who finish Nos. 126-150 on the final points list.

But this time around there was no similar magic, as the 37-year-old veteran got off to a slow start and couldn’t convert a card-saving birdie over his final three holes. He finished 127th, fractionally behind Werenski and less than two off of Perez’s mark, destined for a third straight trip to Finals.

The final round of the regular season was not without its uplifting moments. Clad in a hat all week from the Greensboro Grasshoppers, the local single-A baseball affiliate, Josh Teater incurred an unfortunate penalty during the third round for picking up his ball in the eighth fairway. Tournament officials had instituted lift, clean and place rules for the first two rounds, but the ball was to be played down in Round 3. Teater simply forgot the rule change until it was too late.

“I just kind of went brain dead,” Teater said. “Was able to kind of keep it together somewhat yesterday, so today mattered.”

The soft-spoken Kentuckian turned that opportunity into a T-6 finish after a closing 64, moving from 165th to 146th in points. While he still fell short of a full card, by jumping into the top 150 he’s assured of at least conditional status next season, which usually means at least 15 guaranteed starts.

“Each year’s different, but I think those guys got quite a few starts this year,” Teater said. “If I’m in that category, just being ready to play when the opportunities come.”

Conditional status won’t be an issue for Colombia’s Sebastian Munoz, who still felt uneasy about his chances after closing out a T-48 finish as the leaders teed off. But the final projections broke in Munoz’s favor, as he dropped only one spot to 124th and will keep his card for another year.

“It’s one of the toughest things, because it’s not just this week. We’ve been in this grind a long time, almost the whole year,” Munoz said. “That’s the No. 1 goal, keeping the card, and I made a strong push the last couple of weeks coming into here. This week, you know, it’s so close you can taste it.”

For players like Werenski and Stefani, that taste is far more bitter than sweet. It’ll be a quick, two-week turnaround until another three-tournament sprint for status begins later this month in Ohio.

But the interim fortnight will likely be filled with thoughts of what-if, with every missed putt and dropped shot magnified by the razor-thin margin that plucked away the card they’ve been carrying in their pocket for the last 10 months.

“Today I played good, I never gave up, and I fought,” Werenski said. “But definitely, it’s a crummy feeling.”