GREER, S.C. – Former South Carolina player Mark Anderson won the BMW Charity Pro-Am on Sunday for his first Web.com Tour title, closing with a 6-under 65 at the Thornblade Club for a five-stroke victory.

The 27-year-old Anderson had a tournament-record 27-under 259, the third-lowest score in relation to par in tour history. He opened with a 63 at The Reserve at Lake Keowee, added a 67 at Greenville Country Club and took a one-stroke lead on Saturday with a 64 at Thornblade.

''To get that first professional victory is the toughest,'' Anderson said. ''This means a lot. It's been four years really, and it's been a struggle this year. It really hasn't looked that great, but I felt good this week.

Tom Hoge shot a 67 to finish second. Chesson Hadley, Michael Connell and Franklin Corpening tied for third at 21 under. Hadley had a 63, Connell shot a 65 and Corpening closed with a 70.

Hadley matched the tour record for nine holes when he went out in 8-under 27, making six birdies and an eagle.

''I played well,'' Hadley said. ''I think I learned quite a bit last year. I was in this position and failed. Today, I really hit the ball beautifully from the fourth hole on, and I hope I can keep it going. This is my second year out here, and I'm a little more comfortable on the courses. I know what to expect now.'' 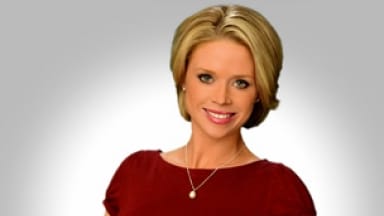 A look at the list of celebrities in this week's BMW Charity Pro-Am on the Web.com Tour 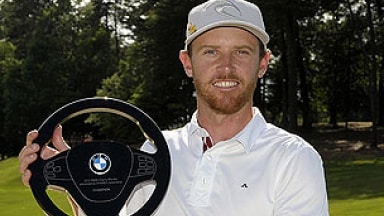 Nick Flanagan took advantage of an incredible break to win the BMW Charity Pro-Am at Thornblade Club in Greer, S.C., on Sunday in a three-hole playoff over fellow Aussie Cameron Percy and likely punched a ticket back to the PGA Tour.

Australias Michael Sim won for the second time in his last three Nationwide Tour starts, beating Fabian Gomez with a par on the first hole of a playoff Sunday in the BMW Charity Pro-Am.