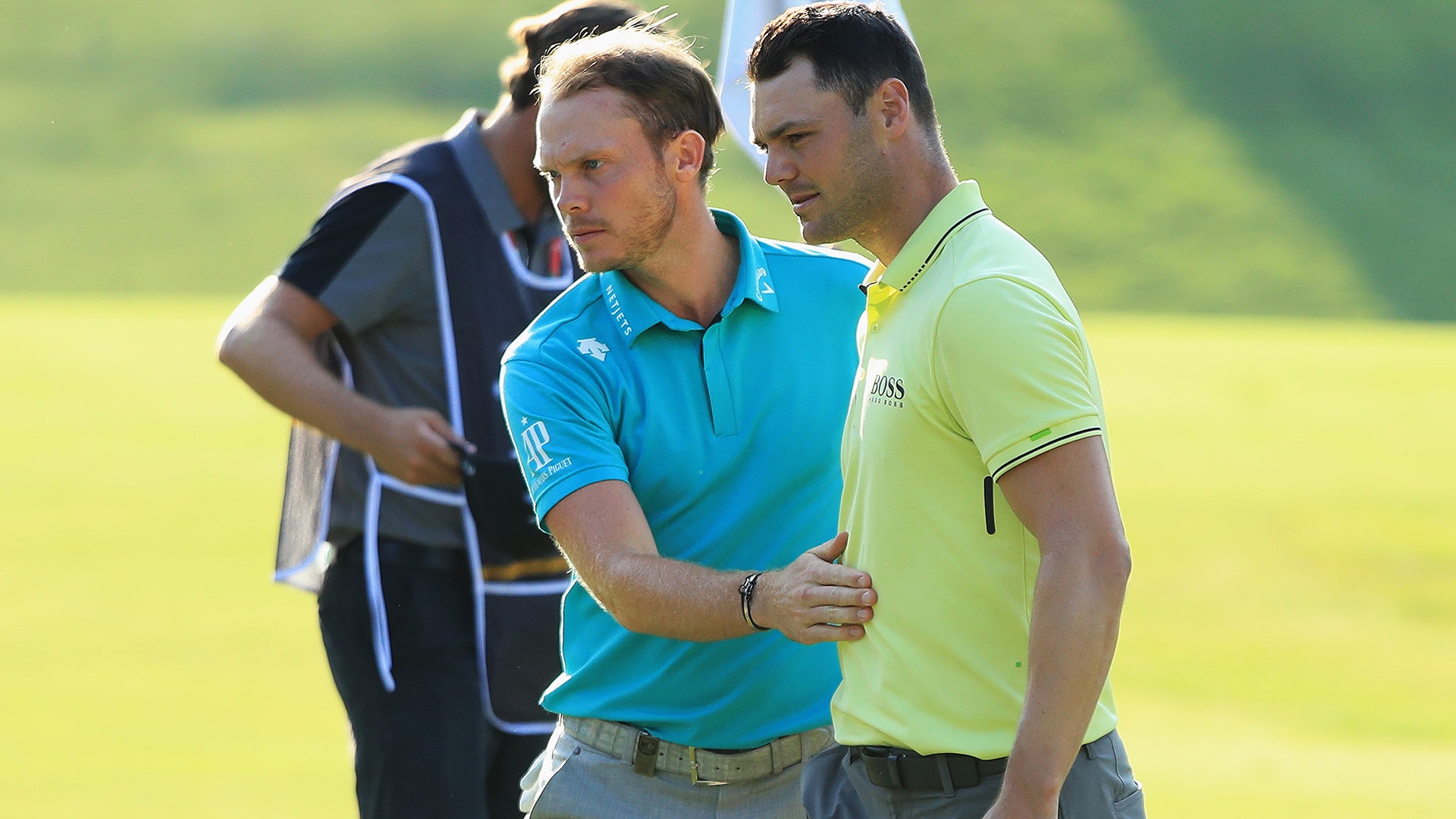 BRESCIA, Italy – Martin Kaymer compiled a bogey-free 63 on Friday to lead the Italian Open by one shot at the halfway stage, as several of Europe's top golfers moved into contention.

The Ryder Cup player from Germany birdied five of his last six holes, and had eight in total, as he produced the lowest round of the week to move to 11-under after 36 holes on another day of low scoring at the Gardagolf Country Club.

"It's been a while since I played that solid," said Kaymer, who missed the cut in three of his last four events. "I was getting very close recently but that positivity was missing on the golf course because I haven't had a lot of good results.

"It doesn't matter if you've won majors and had the situations I had at the Ryder Cup, it's really exciting to be in a position that you can win a golf tournament again."

Willett reached a career-high ninth in the world after claiming his first major title at Augusta National, but has plummeted to 462nd after struggling for form.

The 30-year-old Englishman returned a 65 on Thursday, his lowest round of the season, and followed it up with a 67.

"I haven't made a cut for a while so to actually be this side of the leaderboard is pretty nice," said Willett.

"I've been working really hard. I've not been getting any results and you just have to keep your head down and hope that you get a couple of days like this under your belt."

The entire field will be separated by just seven shots over the weekend after the cut fell at 4 under par.