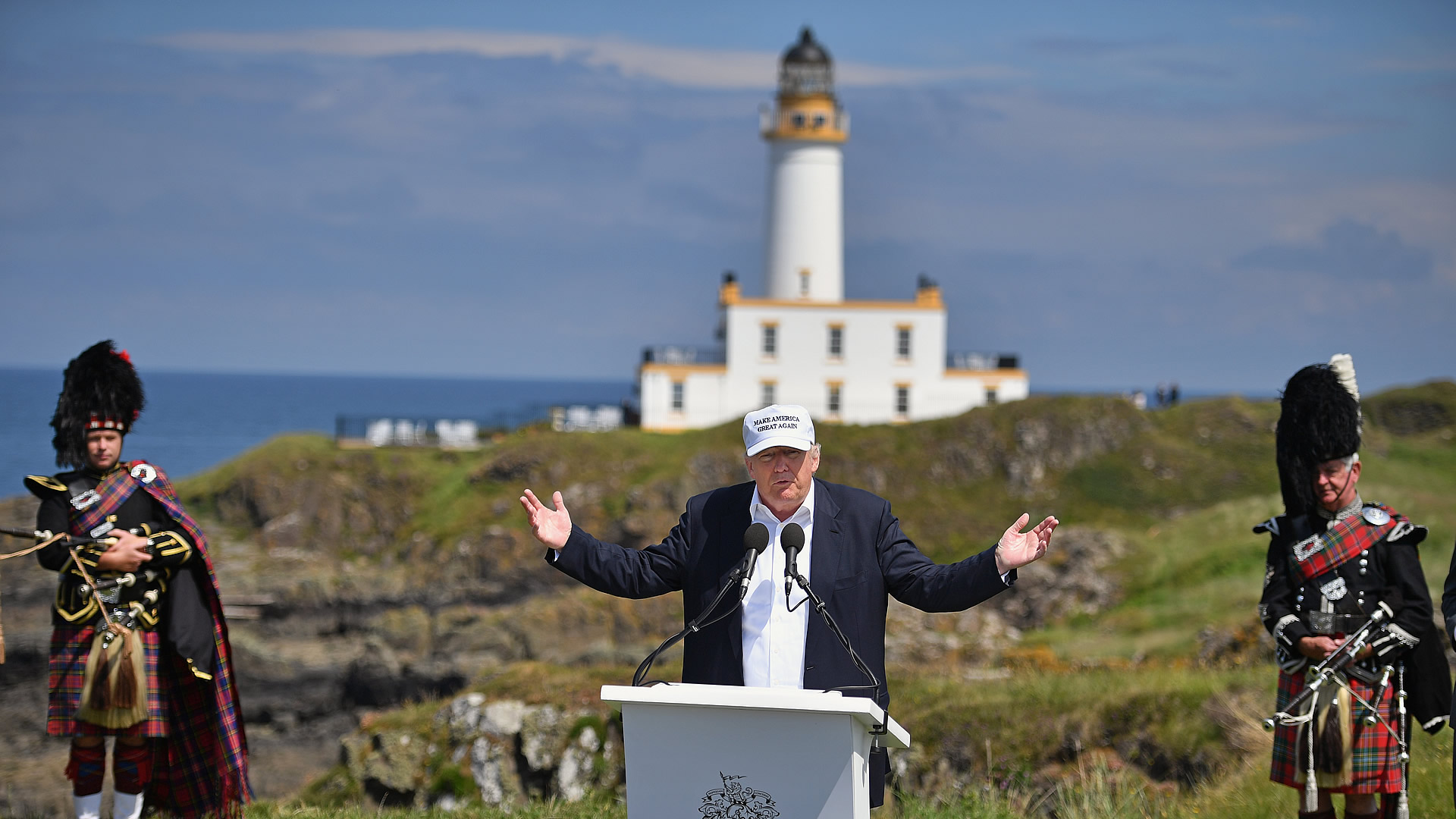 In announcing that St. Andrews will host The Open in 2021, R&A chief executive Martin Slumbers also confirmed that the 2022 championship will be held "south of the border" in England.

It means the wait for an Open return to Trump Turnberry in Scotland will have to wait for at least another year, and Slumbers explained in a media conference call Monday that part of the reason for the delay is tied to the man whose name is emblazoned on the property.

Donald Trump purchased Turnberry in 2014, more than two years before he was elected President of the United States. With Trump potentially in the White House until 2025, the R&A now won't consider Turnberry to host its biggest event until 2023 at the earliest.

"It would be very complex having an Open at Turnberry at the moment," Slumbers said. "It's a course where you've got the ownership issue of the course, and the staging there, and we want to make sure that we stay true to the golf, the playing of the golf. But I see there's a number of other courses we haven't been to for a few years, and looking forward to going back to all of them."

Turnberry has hosted The Open four times, most recently in 2009 when Stewart Cink defeated Tom Watson in a memorable playoff. But that event marked 15 years since the previous Open on the Ailsa Course, when Nick Price lifted the claret jug in 1994.

The Open will be held at Carnoustie this summer, followed by Royal Portrush (2019), Royal St. George's (2020) and St. Andrews (2021). Slumbers confirmed that while he has had conversations with the club about hosting the event, he has not spoken directly with Trump on the issue.

"I think Turnberry remains one of the 10 courses (in the rota)," Slumbers said, "and it will be considered every time that we come back to Scotland."