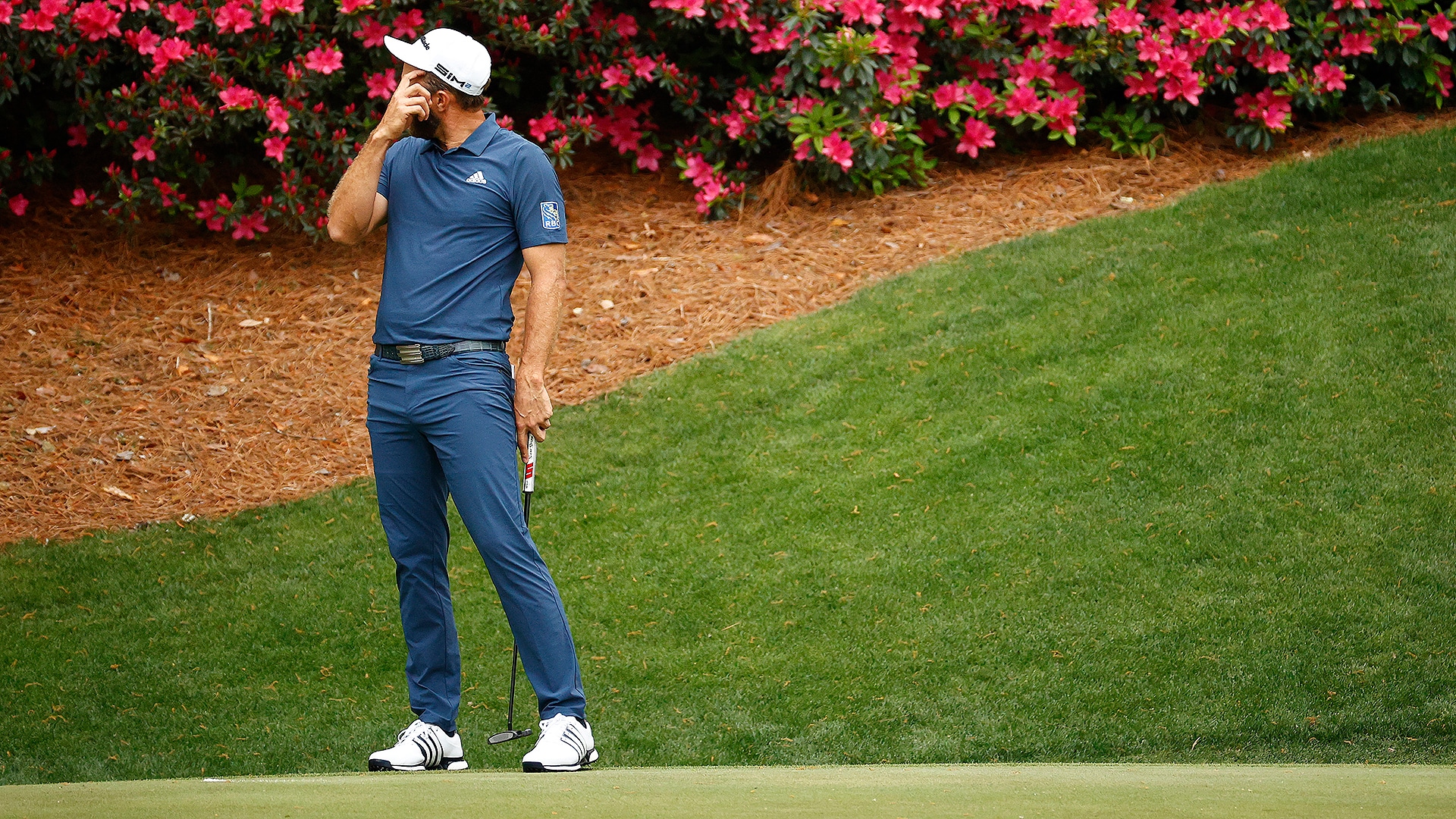 AUGUSTA, Ga. – For the third time in the last five years, the defending champion is exiting the Masters Tournament early.

Dustin Johnson bogeyed three of his final five holes Friday at Augusta National to shoot 3-over 75 and miss the cut by two shots in his title defense. It's just the second missed cut for Johnson in 11 career Masters starts.

"I wanted to be around for the weekend," Johnson said afterward. "I like this golf course. I feel like I play it very well. I just didn't putt very good. It's pretty simple."

Johnson struggled mightily with his speed on the greens. Summing up his performance with the flatstick was his final hole, where he left a 10-foot putt for par several inches short.

"You just can't do that," Johnson said. "Obviously didn't drive it great, but drove it good enough, and I felt like I even left myself – never was really too bad out of position, just the three-putts killed me. You take all the three-putts away, I'm 1 under."

Johnson, who is the 12th defending champ in Masters history to miss the cut the next year according to Justin Ray of 15th Club, plans to tee it up next week at the RBC Heritage.