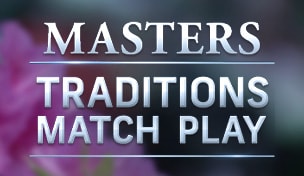 So, you prefer beauty over feast. In Round 1 of the Masters Traditions Match Play, voters chose 11th-seeded Magnolia Lane over sixth-seeded Champions Dinner, 51.9 percent to 48.1 percent.

It was the lone upset of the opening round of our mock tournament, which features match-ups of the greatest traditions (including natural features) of the Masters Tournament.

Check out the full voting percentages for the opening round below:

Round 2 results and Round 3 match-ups will be revealed April 8. The finals will take place April 10, with final results on April 12. Here are the Elite Eight matches. You can vote below:

• Par-3 Contest: Since 1960, a semi-social event on Augusta National's par-3 course has been played the day before the first round of the Masters Tournament. No players that has won the nine-hole event has ever gone on to win the actual tournament the same year.

Match 12: (2) Former champions in the field vs. (7) Limited commercial interruption

• Former champions in the field: Jones thought of the Masters as a gathering of his friends and extended a lifetime exemption to the tournament to past winners. Past champions also get their own locker room.