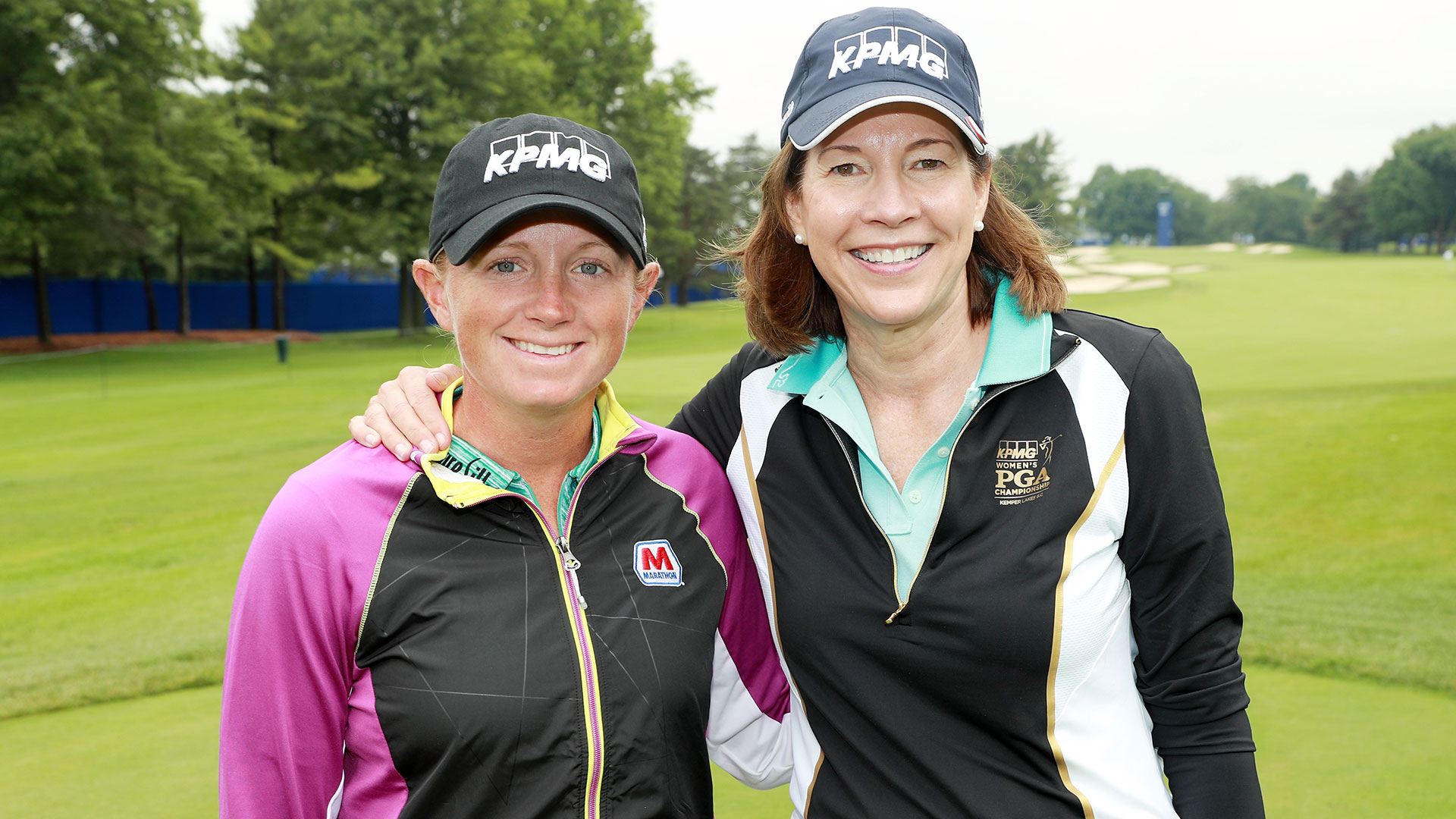 KILDEER, Ill. – Stacy Lewis reveled Wednesday in what the KPMG Women’s PGA Championship has become with its Women’s Leadership Summit underway behind the 18th green.

Lewis, who represents KPMG, had a hand in helping develop the larger role the tournament undertakes, with the summit intended to “inspire greatness” for top women in business, politics and sports.

Lewis, who has been an advocate for shoring up the wage gap in men’s and women’s golf, videotaped a message welcoming women to the summit. Lewis is pregnant with her first child, a girl.

“The whole summit itself is based upon pushing women to be better, and pushing us to raise the bar for each other,” Lewis told reporters. “My greatest hope is that my daughter, when she's 18 and 20 years old, doesn't have to talk about making the same amount of money as her brother or her friend would. That's what we're trying to change this week. We're trying to change the way women are thought about in the business world, the way they're thought about on the athletics field.”

Lewis will play this week and also the Marathon Classic in two weeks before taking the rest of the year off to prepare for her child’s birth. She is due in November.

KPMG announced earlier this year that it was going to fulfill Lewis’ endorsement deal, based on her playing a full schedule, even though the contract didn’t require it. She said a couple other sponsors also then stepped up for her.

“I think as far as maternity policies, I think ours is pretty good on tour, but I definitely hope with what KPMG decided to do, I hope it changes the way [endorsement] contracts are written,” Lewis said.

LPGA pros on maternity leave don’t lose their status, based on the tour’s maternity policy. They can return the following year with their status intact. Still, money winning opportunities are lost when a player takes off a year, or a portion of it.

“I think there are a lot of women on this tour that basically have to say, `I'm willing to give up all of my income this year to have a baby,’ and that's a hard decision to make for a lot of people,” Lewis said.