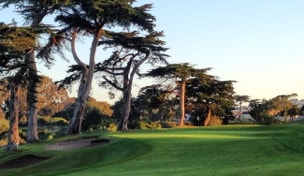 SAN FRANCISCO – Although I grew up an hour north of “the city,” it’s hard to call San Francisco home. It’s more like the old blanket that sits at the end of my sofa – a loyal and consistent source of warmth for my soul.

I went to a lot more 49ers’ games than Giants’ games. I’ve only been to Alcatraz once. In college, I tended bar at Capp's Corner, an Italian restaurant in North Beach. But it wasn’t until I recently started spending quality time using the city as a base that I began to appreciate it for how small it is – “you can get anywhere in the city in 20 minutes” – and how much it has to offer.

As a kid, I tried to hold my breath from tower to tower on the Golden Gate Bridge (depending on the traffic, I’d have to cheat to beat my four older siblings). Now I appreciate those two red arches, and their ongoing battle with the fog, for being the most beautiful bridge in the world. In my college years, if I wasn’t squirreling away soup and garlic bread from Capp’s, I’d maximize my profits by buying frozen burritos. Now I don’t take for granted the wide range of culinary options. As you’ll see in my latest installment of “Runways to Fairways,” I sampled Memphis Minnie’s (pictured above), Original Joe’s and the sushi bar at Hotel Nikko. I also took in sites, such as the Coit Tower (pictured above) and Alcatraz, and I hit a putt down Lombard Street (below): Not to mention, navigating the doglegs of some of my favorite public golf in the country:

Sandy Tatum, 93, played for Stanford during two national championships (1941 and ’42), served on the USGA’s executive committee and is a member of San Francisco’s Hall of Fame. Tatum gets a lot of credit for the leadership and some of the fund raising that helped restore what is now TPC Harding Park, which is across Lake Merced from The Olympic Club. Some criticize Tatum for exhausting the city’s golf fund. And then some. And then some more.

But where and how the money was spent, as well as the relationship Tatum forged with the PGA Tour, it’s clear TPC Harding Park’s 27 holes, First Tee program, the 18 new greens in December, as well as playing host to significant PGA Tour and Champions Tour events, has made Harding Park relevant again. Not to mention, it’s a good business model. Had the city continued to split limited funds among Harding, Lincoln and Sharp parks, one could argue, they’d all still be below average. Having Harding be the lead sled dog, pulling in more players, tournaments and profit, will now begin to benefit Harding, Lincoln, Sharp and the local golfer in a way that might never have happened otherwise. And like I said in the video, on a clear day, the view of the Golden Gate Bridge from Lincoln Park’s 17th tee (pictured above) is worth the $41 green fee. The rest of the course is a bonus. I didn’t have the time on this trip to Northern California, but I usually build at least a round at Pasatiempo into my itinerary, my fifth favorite public course in the country. It’s $250 all week; $110 replay rate.

On this trip to Presidio, I had the pleasure of meeting current long-drive champ, Ryan Winther. As you heard and saw on the video, Winther’s ball goes up, and never seems to come down. The sound of the ball leaving his clubface is a violent attack on the ears. Winther, who used to be a baseball player, took up golf and working at Presidio as an assistant pro six years ago. He went from picking the range to showering the trees behind the range with 400-yard drives that make Dustin Johnson look like Zach Johnson. Winther has clubhead speed of 157 mph, ball speed of 226.7 mph, and the longest carry ever recorded under 1,000-meter elevation, 430 yards, which is an official Guinness World Record.

Coming off dream seasons in baseball, football and golf, and not to mention hosting America’s Cup at the end of the summer, I’m not the only one finding a new appreciation for San Francisco, and all that it has to offer.