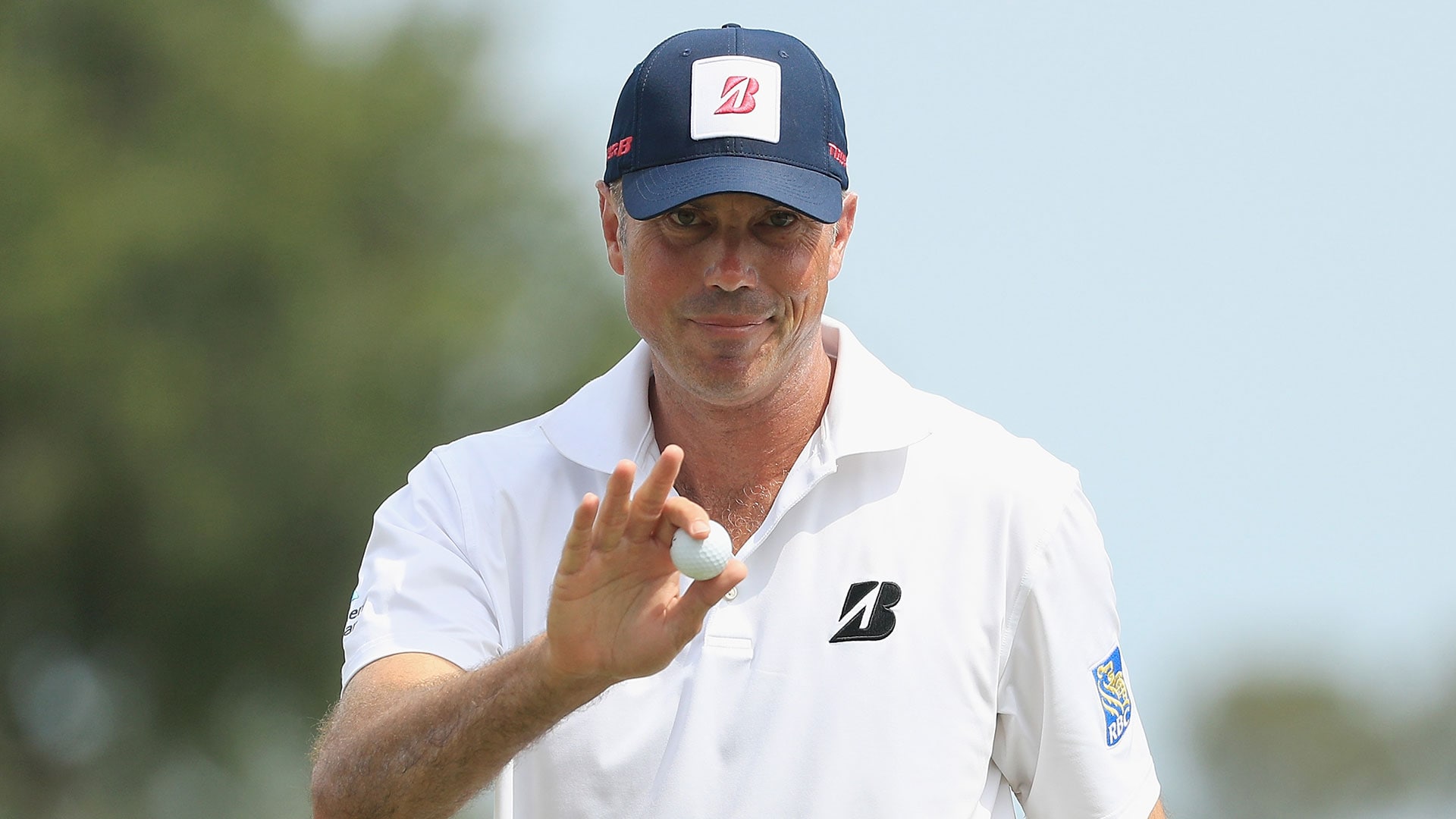 DALLAS – As Trinity Forest Golf Club made its debut as a PGA Tour venue, many players feasted on what are likely to be some of the softest and most favorable conditions of the week. But not everyone found it to be smooth sailing during the opening round of the AT&T Byron Nelson.

With a sextet of players carding rounds of 6-under 65 around them, a trio of notable players stumbled out of the gates. Chief among them was Matt Kuchar, who was caught by a PGA Tour Live microphone voicing his frustration in the middle of his round and offered a deep sigh when asked for his impressions of Trinity Forest after signing for a 1-over 72.

“I think best said under the lesson, if you don’t have anything nice to say, don’t say anything at all,” Kuchar said.

Kuchar’s score left him seven shots off the early pace, and he was joined at 1 over by both Hideki Matsuyama and Sergio Garcia, two of the three highest-ranked players in this week’s field.

“Course played great. Firming up a little bit, but the weather was beautiful. Wasn’t a lot of wind,” Garcia said. “I don’t know, just wasn’t able to get it close to the pin.”

Kuchar explained that he had played approximately four rounds at Trinity Forest before this week, but he found only 11 of 18 greens in regulation and made only one putt over 5 feet all day. When asked to expand on his thoughts of the new venue, he instead opted to sing the praises of the tournament’s former host, where he racked up five top-15 finishes between 2011-17.