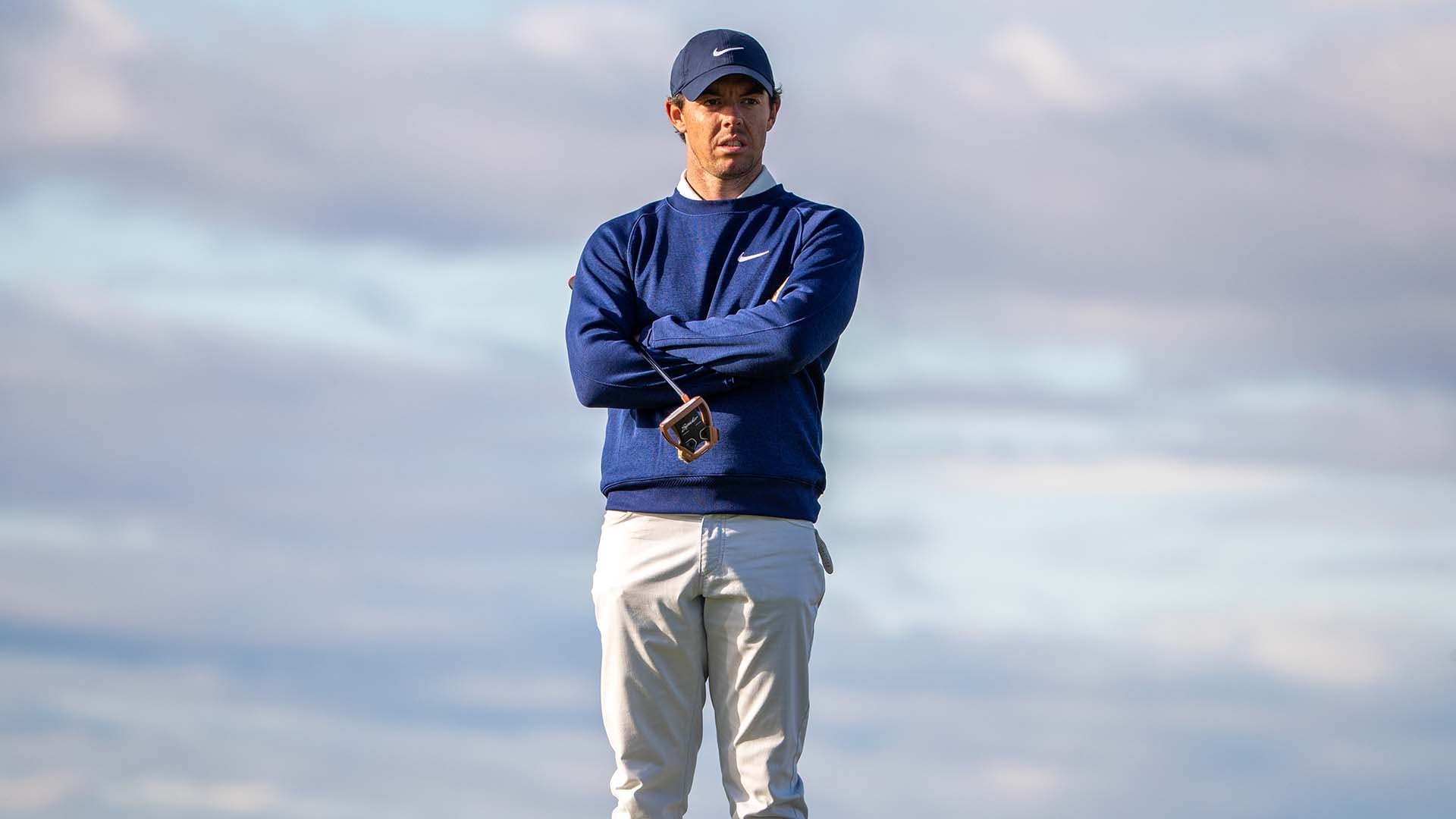 For more than a decade, Rory McIlroy has been the voice of his generation. He didn’t want the job and would be thrilled to sail through life without a microphone in his face, but the rare combination of patience and perspective has always made him professional golf’s unofficial spokesman.

For the vast majority of that decade, McIlroy has been an honest and endearing outlet for topics ranging from slow play to how far the modern golf ball travels. He’s honest to a fault, like last week at the Alfred Dunhill Links Championship when he vented on how the European Tour sets up courses for its events.

“I don’t think the courses are set up hard enough,” McIlroy said. “There are no penalties for bad shots. It’s tough when you come back and it’s like that. I don’t feel like good golf is regarded as well as it could be. It happened in the Scottish Open at Renaissance. I shot 13 under and finished [tied for 34th] again. It’s not a good test. I think if the European Tour wants to put forth a really good product, the golf courses and setups need to be tougher.”

McIlroy added to his comments a day later on Instagram, “I was venting, but I can assure it came from the right place.”

With McIlroy it always comes from the right place and having spent a week at Wentworth at the European Tour’s flagship event last month it’s fair to say there is a gap between how the Continent presents layouts compared with the U.S. As a general rule, greens aren’t as firm or fast in Europe and, as evidenced at Wentworth, the consistency of rough and the general conditions aren’t up to the same standard.

But that doesn’t mean courses are easier in Europe. In fact, you can statistically argue that the European Tour presents a more difficult overall test based on the scoring averages of this season’s winners.

Not counting the majors, WGC-Dell Technologies Match Play, Zurich Classic (a two-man team event) and the Tour Championship (which uses a strokes-based scoring format), the average winning total last season on Tour was 266.7, or 18.4 under par. Based on pure stroke-play events, the average winner in Europe this season has finished with a 269.6 total, or 16.4 under par.

With a monsoon of respect for McIlroy, he doesn’t want harder setups. "Harder" can come dangerously close to unfair, and no tour professional wants that. They may talk incessantly about wanting a “fair” challenge, but that doesn't mean an overly difficult one. What players really want are greens that roll true and, depending on their style of play, some sort of penalty for wayward drives.

The players don’t want harder layouts, not if they’re being honest. The tours don’t want harder tests or higher scores, either. Fans want to be entertained by players showcasing their skills and while a professional can appreciate a well-earned par on a monstrous par 4, that’s not exactly cheer-worthy.

It used to be that players tolerated yearly stops at more demanding venues like the U.S. Open, but even those occasional diversions have become more user friendly in recent years. Five of the last six U.S. Opens have been won with under-par totals and an over-par total hasn’t won the PGA Championship since 1980.

The Open Championship has proven immune to scoring push back, but that’s always dependent on the weather, which players can appreciate. What they don’t appreciate is when officials try to push layouts too close to the edge (see U.S. Open, 2018) to create a more demanding test.

McIlroy also mentioned the need for tougher setups in Europe to help develop future generations and groom players for the Ryder Cup, but that argument falls flat after last year’s Ryder Cup in Paris.

Le Golf National was 2018’s most difficult test by design, with European captain Thomas Bjorn setting up the course to mitigate the U.S. power advantage and play to his team’s strengths which were better ball-striking and more consistency off the tee.

If the result in Paris is any indication, the Europeans are plenty good enough on hard golf courses already.

In McIlroy’s social media follow up he explained that “strategy, course management and shot making are important aspects of tournament golf that are being slowly taken out of the game.” Others have made the same claims – just not as eloquently – and if the current fervor over slow play is any indication perhaps having the world No. 2 speak out about golf course setup will produce some sort of change. But it’s important to be clear here: neither McIlroy nor any other top player wants harder golf courses.