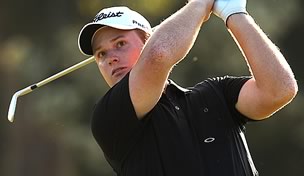 Nationwide Tour player Matthew Giles was arrested in Arizona on Monday and faces charges of felony criminal damage and extreme driving under the influence.

The 22-year-old Australian was driving his Ford Edge at a high speed in a neighborhood in the town of Gilbert, southeast of Phoenix. While attempting to make a turn to the left, he lost control of the vehicle and crashed into a single-family home.

'The car went through a wall in the house, with the front end of the car entering the home itself,' said Gilbert. 'It hit a gas line, causing a natural gas leak, and some local houses got evacuated for safety until the gas line was switched off.

'The driver submitted to field sobriety tests and was arrested for driving under the influence and criminal damage to property.  He is being charged with three counts of DUI to include extreme DUI, based on the high level of impairment observed during field sobriety tests. Blood was drawn to determine blood alcohol levels and should be available before the end of the month.'

No one in the affected home was injured, nor were Giles or his passenger.

Officers responding to the crash administered field sobriety tests which Giles failed. He was sent to a Maricopa County jail for the night.

The day prior to his arrest, Giles had finished 66th at the TPC Stonebrae Championship. 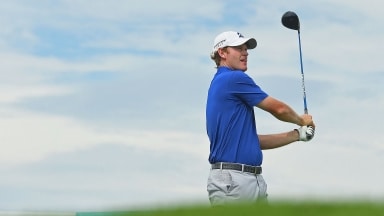 Snedeker (65) one back at Fiji International

Brandt Snedeker eagled the par-5 sixth hole and shot a 7-under 65 on Friday in the windy Fiji International. 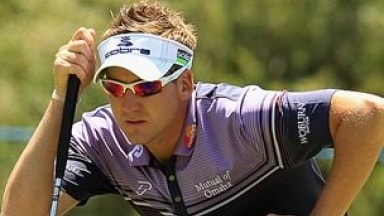 Ian Poulter overcame a bout of food poisoning to birdie the final two holes for a 3-under 68 and a two-stroke lead after the second round of the Australian Masters on Friday.