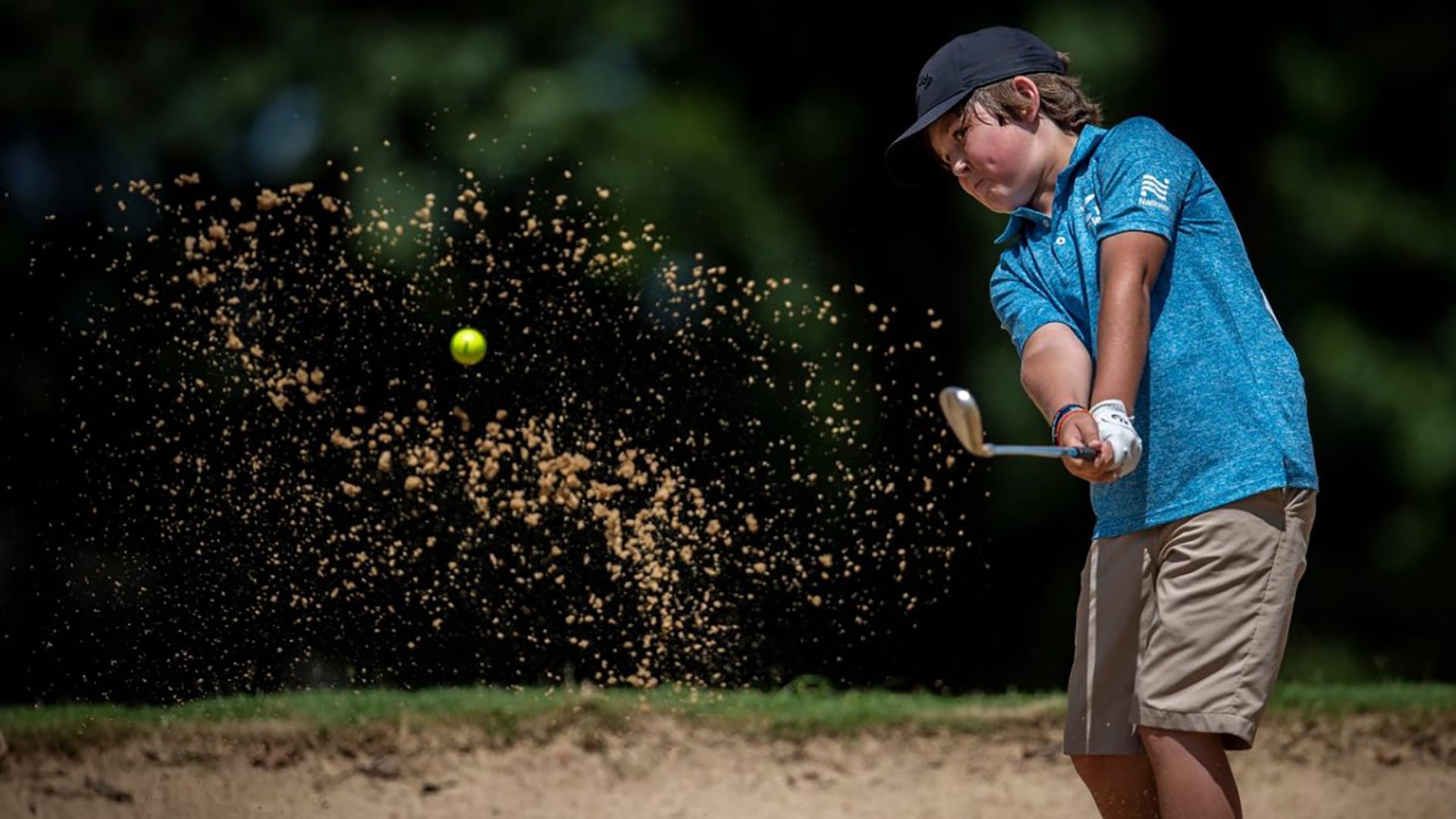 As Rickie Fowler, Brendon Todd and others jockeyed for position atop the WGC-FedEx St. Jude Invitational on Saturday at TPC Southwind, 14-year-old Dakota Cunningham assumed his spot on the tournament’s broadcast team, joining Jim Nantz, Nick Faldo and company via live stream to call some of the action for a few minutes.

Cunningham is a patient at St. Jude Children’s Research Hospital in Memphis and an avid golfer – oh, and a natural in the booth.

“Would you take this at the flag, Dakota?” Ian Baker-Finch asked Cunningham as Fowler prepared to hit his second shot into the ninth green, which is guarded by water.

“I sure would, right at it,” Cunningham responded, without hesitation.

Cunningham’s announcing captured the hearts of many on social media, with some people demanding CBS hire the kid on the spot. Nantz also invited him back next year before letting Cunningham send the telecast to commercial by reading the leaderboard.

So, what is Cunningham’s story? It’s actually quite inspiring.

Cunningham’s first love was soccer. In fact, he loved the sport so much that three years ago, in May 2017, the athletic goalkeeper played six games in two days during a tournament despite barely being able to breathe because of a large mass on his chest.

Shortly after, Cunningham’s neck started to swell, so his parents, Steve and Tricia, took their son in for a CT scan, which revealed the terrifying diagnosis: T-cell acute lymphoblastic leukemia.

“It was hard,” Cunningham told St. Jude earlier this year. “I mean, you’ve just gotta do what you’ve gotta do.”

Cunningham’s treatment would last two-and-a-half years, and it took a toll on the youngster’s body. He suffered numerous side effects, from pancreatitis to mucositis to foot drop. He lost his motor skills and needed a wheelchair to get around.

“He went from a little athlete to someone who couldn’t walk to the bathroom,” Steve Cunningham told the Daily Memphian. “He played soccer. He was a black belt in taekwondo. He learned to snowboard when he was 4. And now it was, ‘Daddy, you have to carry me.’”

But Cunningham persevered, and during his cancer battle he fell in love with another sport: golf. He started working on his game, eventually competing on the PGA Junior League, and during last year’s WGC event at TPC Southwind, Cunningham sank a 5-foot putt to earn $50,000 for St. Jude.

That same week Cunningham got a lesson from Bryson DeChambeau, who visited the hospital on the day before the first round – and a day before one of Cunningham’s chemotherapy treatments.

“It’s inspirational, honestly, to me,” DeChambeau said. “I’ve never had anything like that in my life.”

Cunningham has already broken 70. He did so for the first time last fall in his final middle school tournament.

“The morning of the tournament, I walk upstairs to get him and when I get to the top of the stairs, he’s on his hands and knees, puking,” Steve Cunningham said. “He took a shower. He puked in the shower. He came downstairs and he lay on the couch and I said, ‘Buddy, what do you want to do?’ He said he wanted to play. It was a cold day, windy and cold. We get to the course and he starts to warm up and he hits a shot and turns around and smiles at me. I said, ‘This is going to be interesting.’”

Cunningham made par on the last hole to shoot 1-under 69.

Then last April, two months after his final round of chemo, Cunningham recorded his first hole-in-one.

“It’s a straight, par-3,” Cunningham said of the 16th hole at Cherokee Valley Golf Club in nearby Olive Branch, Mississippi, which is also home to Ole Miss alum Braden Thornberry. “Two bunkers on the front and right side. The pin was on the front right edge. Tucked pretty good. I hit a 7-iron. It was tracking all the way. It landed probably 5 feet in front of the hole and then I wasn’t sure.

“I could see the top of ball as I walked toward the hole, but then I got there and I saw that it was true. A hole-in-one.”