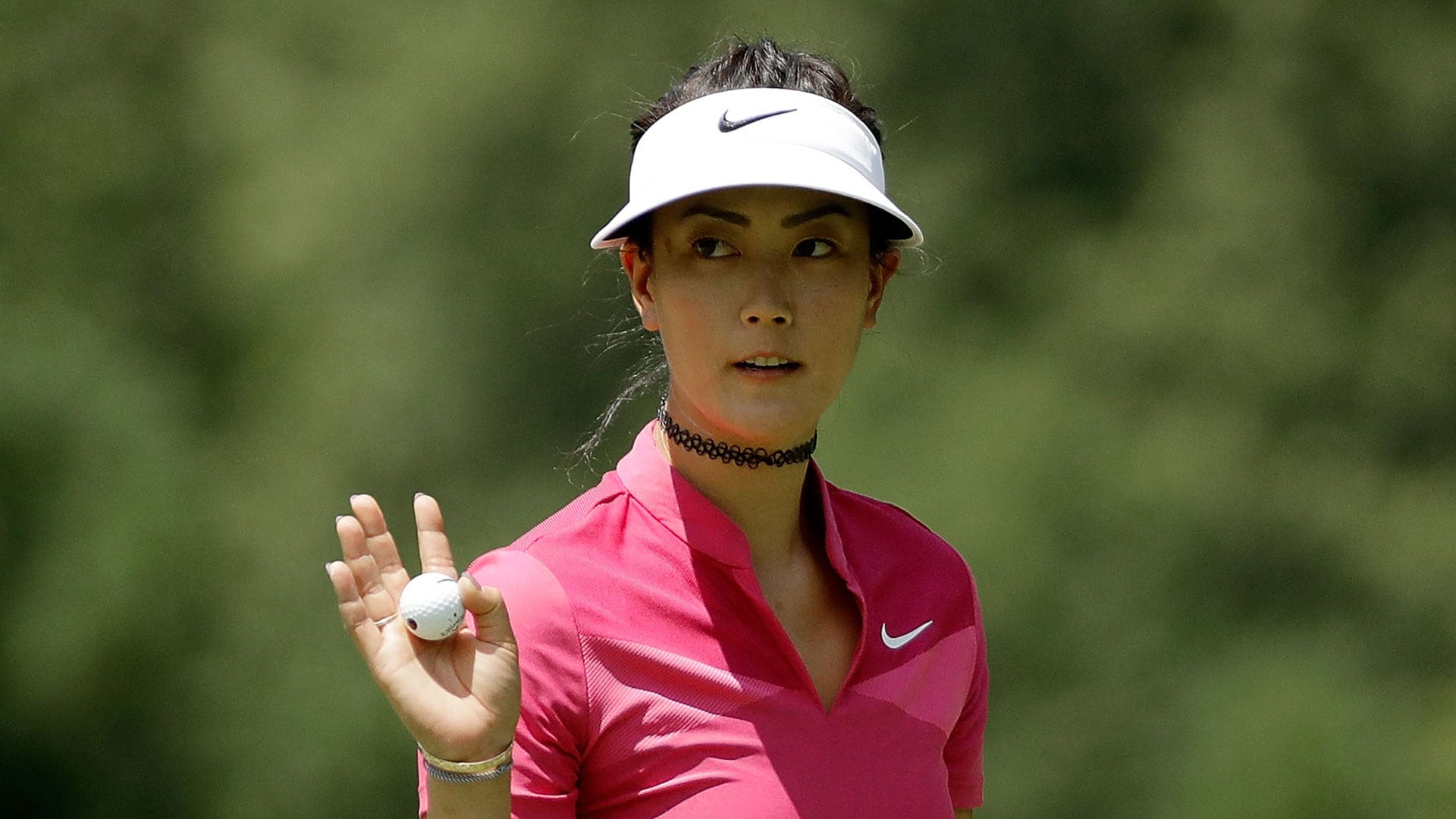 Her caddie would be well served if he could read X-rays as well as he reads greens.

Remarkably, Wie will begin her 13th full season as a pro when she tees it up Thursday in the LPGA’s season opener at the Pure Silk Bahamas Classic.

It isn’t the years, it’s the mileage. Her body has too often been like an exotic sports car, a sleek and powerful machine capable of thrilling rides ... when it isn’t sitting it in the shop for weeks for repairs. There’s been one breakdown after another, spoiling her rides.

That’s why one burning desire trumps all others for Wie as she begins this new year.

“Being healthy, staying healthy, it’s my No. 1 priority,” Wie told GolfChannel.com. “I hired private physios at the end of last year, to work on my body. I’ve been working with my doctors in New York, and they’ve been doing a great job of getting me to a place where I’m pain free.

“For the most part, I’m feeling pretty good and pretty healthy. I’ve got little aches and pains from hitting so many balls over the years, but I’m really excited about starting this year. I feel really driven this year. I just want to be healthy so I can build some momentum and be able to play at 100 percent.”

Wie would love to see what she can do in an injury-free, illness-free year after all the promising work she put into rebuilding her game last year. She seemed on the brink of something special again.

“We worked last week, and Michelle looked really, really good,” said David Leadbetter, her swing coach. “It’s quite impressive the way she’s hitting the ball. She is hitting it long and feeling good about her game. So, the main goal really is to see if she can go injury free.”

After winning twice in 2014, including the U.S. Women’s Open, Wie battled through a troublesome finger injury in the second half of that year. Hip, knee and ankle injuries followed the next year. She didn’t just lose all her good momentum. She lost the swing she grooved.

Wie rebuilt it all last year, turning her draw into a dependable fade that allowed her to play more aggressively again. She loved being able to go hard at the ball again, without fearing where it might go. The confidence from that filtered into every part of her game. She started hitting more drivers again.

And Wie found yet another eccentric but effective putting method, abandoning her table-top putting stance for a rotating trio of grips (conventional, left-hand low and claw). She would use them all in a single round. It was weird science, but it worked as she moved to a more classic, upright stance.

Wie said she’s going back and forth between conventional and left-hand low now.

“I can’t promise I’ll stay the same way all year,” Wie said. “But even with different grips, I stayed with the same putting philosophy all year. I want to keep doing that.”

Leadbetter calls Wie a rebel in her approach to the game. She’s a power player, but she carried a 9-wood and 11-wood last year. She says the 11-wood will be back in her bag this week. Her unorthodox ways go beyond technique, strategy and equipment. She’ll be sporting pink hair come Thursday.

“She has never been orthodox,” Leadbetter said. “She doesn’t like to conform. She’s always liked to buck the system in some way.”

Wie looked as if she were poised to make a run at her fifth career title last season. She logged six finishes of fourth place or better the first half of the year. She contended at the ANA Inspiration, the KPMG Women’s PGA Championship and the Ricoh Women’s British Open.

And then a neck spasm knocked her out of the U.S. Women’s Open.

And then emergency appendectomy surgery knocked her out for six weeks at summer’s end. It kept her from playing the year’s final major, the Evian Championship.

“I can’t list all the injuries Michelle has had in her career,” Leadbetter said. “I don’t think there is one joint or bone in her body that hasn’t had some sort of injury or issue.”

Over the last three seasons alone, Wie has played through bursitis in her left hip, a bone spur in her left foot and inflammation in her left knee. She has battled neck spasms and back spasms. There have been platelet rich plasma injections to aid healing, and there have been too many cortisone injections for her liking.

There also have been ongoing issues in both wrists.

In fact, Wie, who broke two bones in her left wrist early in her career, is dealing with arthritic issues in both wrists of late. She underwent collagen injections this off season to try to be more pain free.

“I’ve had to pull back the last couple years, restrict the number of balls I hit, not practice as much as I would like, but I was able to put in a lot of work this offseason,” Wie said. “I’m excited about this year, but I’ve been smart about things.”

Leadbetter says he has been focusing on injury prevention when working with Wie. He worries about the stress that all the torque she creates can have on her body, with her powerful coil and the way she sometimes likes to hold off shots with her finish. His work, sometimes, is pulling her back from the tinkering she loves to do.

“Everything we do with her swing now is to help prevent injury,” he said.

Leadbetter relishes seeing what’s possible in 2018 if there are no setbacks.

“Michelle would be the first to admit she hasn’t reached anywhere near her potential,” Leadbetter said. “We all know what she is capable of. We’ve had fleeting glimpses. Now, it’s a matter of, ‘OK, let’s see if we can really fulfill the potential she’s had from a very young age.’

“She’s really enthusiastic about this year. She can’t wait to get back in the mix.”