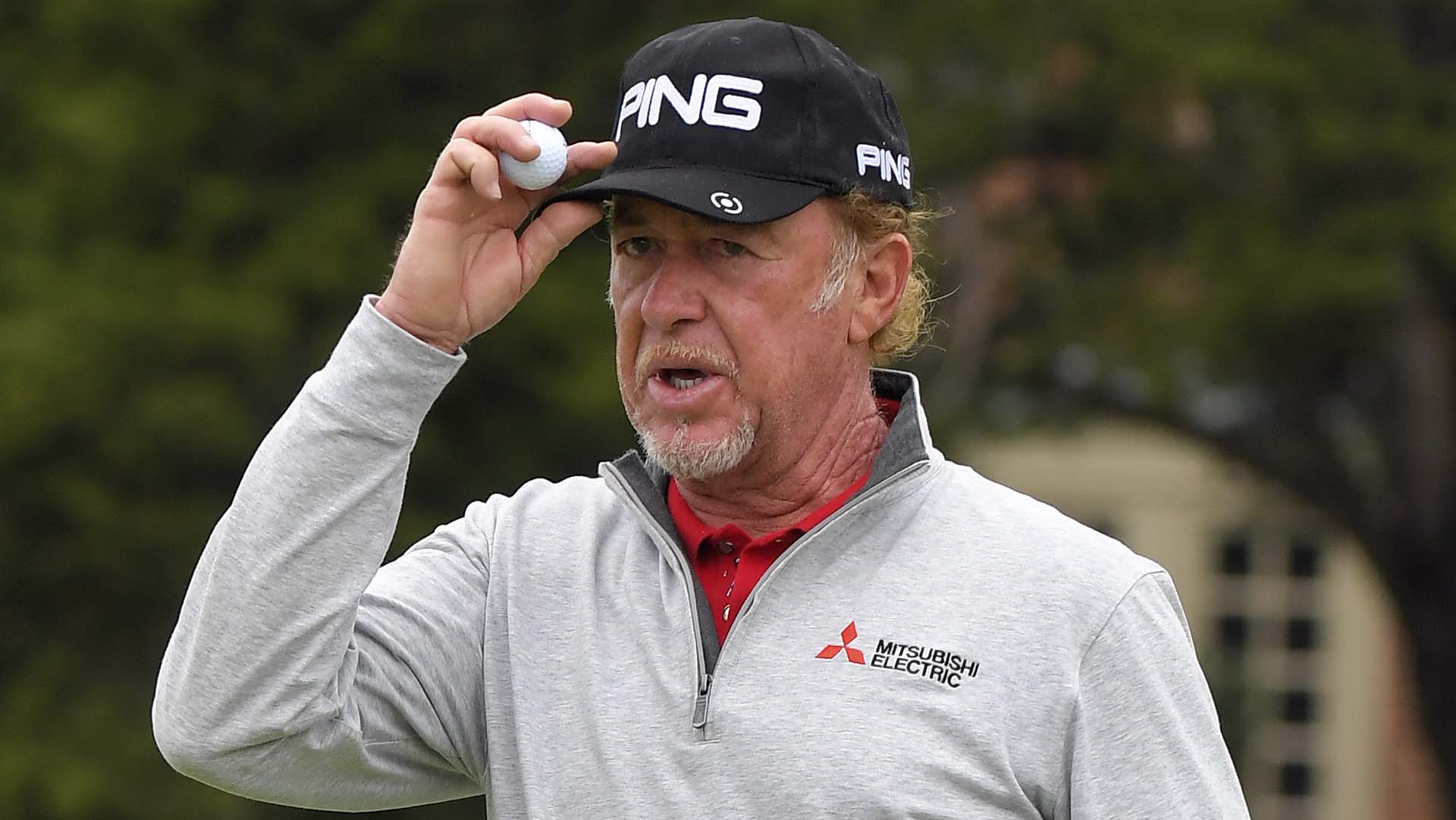 Jimenez made nine birdies on the County Club of Virginia's James River course and beat second round co-leader Tommy Tolles by two shots. Tolles made an eagle on the par-5 last hole to finish at 4 under and beat Colin Montgomerie by one shot and earn a spot in the second event in the playoffs.

Austin was on his way to a possible second-place finish at 8 under after 16 holes, but he three-putted the final two holes.