Koepka with 'inside' track to another major, thanks to Portrush-native caddie 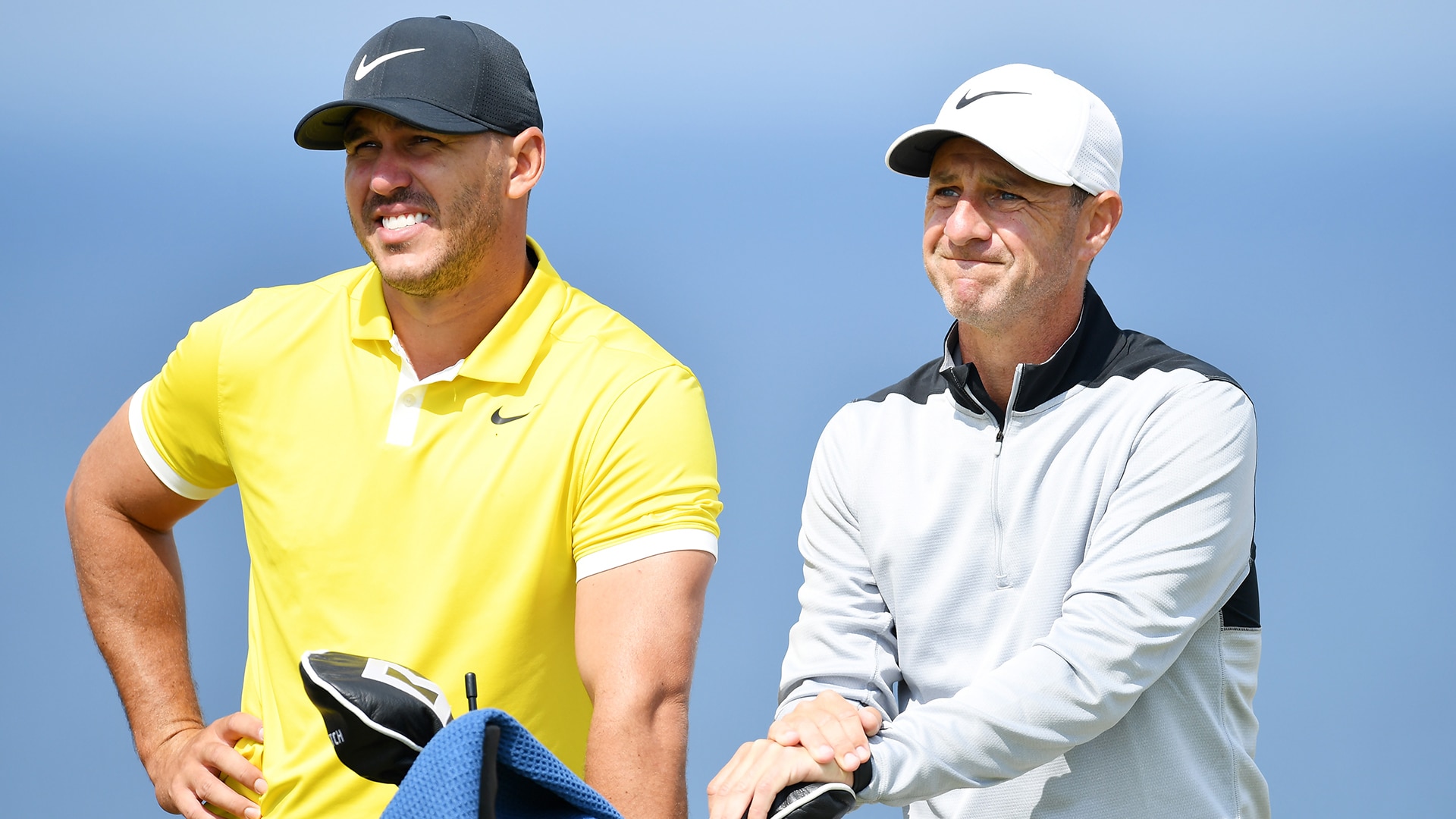 Koepka and Elliott have become one the game’s true power couples. Or maybe the better description would be odd couple.

Elliott, who began caddying for Koepka at the 2013 PGA Championship, is the perfect yin to the four-time major champion’s yang. Where Koepka can come across as intense, maybe even dour, on the course, Elliott is a quintessential Northern Irishman – effusive, quick-witted and welcoming to all.

Those who have watched Koepka roar through the Grand Slam landscape in recent years – he’s won four of his last nine major starts and has finished outside the top 10 just twice in that stretch – would imagine a player immune to the normal pressures of championship golf, but the truth is Elliott is a perfect and much-needed diversion.

“He keeps it light. He knows not to talk about golf while we're out there,” Koepka said on Tuesday at The Open. “He knows if I'm getting a little bit tense, maybe upset, angry, whatever it is, he can tell just by my walk. He can tell, just body language and I think that's what makes a great caddie.”

The most recent example of this came earlier this year at the PGA Championship when Koepka’s 54-hole lead of seven strokes had dwindled to just one shot following four consecutive bogeys starting at the 11th hole at Bethpage.

“When [Dustin Johnson] birdied the 15th we heard the roar and we were on 14 making a mess of that and we talked heading down the hill. I said, ‘We’re still there. You’ve bogeyed four in a row so there’s a good chance you’re probably going to par a few, now,’” Elliott said with a laugh at Bethpage.

It was exactly what Koepka needed on his way to victory and offers a glimpse into the duo’s unique relationship. It’s a bond that will be even more valuable this week at Royal Portrush, which is hosting The Open for the first time since 1951.

Elliott grew up in Portrush and learned to play the game on the rugged Dunluce Links which makes this week’s championship a much-awaited homecoming.

Koepka arrived in Portrush last Friday and he spent the day touring the town with Elliott. They went to Elliott’s childhood home, spent time with the caddie’s parents and even made a stop at the area’s iconic Harbour Bar.

“It's neat for him. It's neat for me to see because I feel like I've heard so much about this place, I just haven't been able to get here,” Koepka said.

If Royal Portrush is a mystery to most in this week’s field having just returned to The Open rotation, Elliott has provided Koepka with valuable insight, although in typical Elliott style he dismissed the notion.

“I don’t even think he knows I’m from Portrush,” Elliott laughed. “I’ve played there a lot growing up but Brooks hits the ball a lot different than the lines I hit it on. I’ll have to work with the yardage book a little bit.”

Koepka certainly knows Elliott’s connection to the links now and he also recognizes his caddie’s role in his success. The two met through a normal vetting process following the ’13 Open Championship. He was looking at a couple of options for a caddie as he was transitioning to the PGA Tour following a successful climb from the European Tour, and his swing coach Claude Harmon III suggested Elliott was the best option.

“I liked the way he went about things. He was kind of light. He was joking on the phone. And I want somebody that's not going to be so focused all the time,” Koepka said. “My personality, I laugh and joke on the golf course. I know it doesn't look like it, but the camera is not on us all the time.”

If Koepka isn’t exactly Mr. Smiles on the course Elliott provides a dose of much-needed distraction as well as the ability to say the right thing at the right time, which is the secret sauce in any successful player/caddie relationship.

The best example of this came during last year’s U.S. Open at Shinnecock when Koepka struggled to start the week.

It’s that combination of levity and a light touch that have made Koepka and Elliott such a perfect, if not mismatched, pairing. And why Koepka’s torrid run through the majors is likely to continue this week. Given Elliott’s ties to Portrush, this victory celebration would undoubtedly eclipse all others.

Elliott certainly is a legend, at least in this corner of Northern Ireland, but a victory would be legendary.