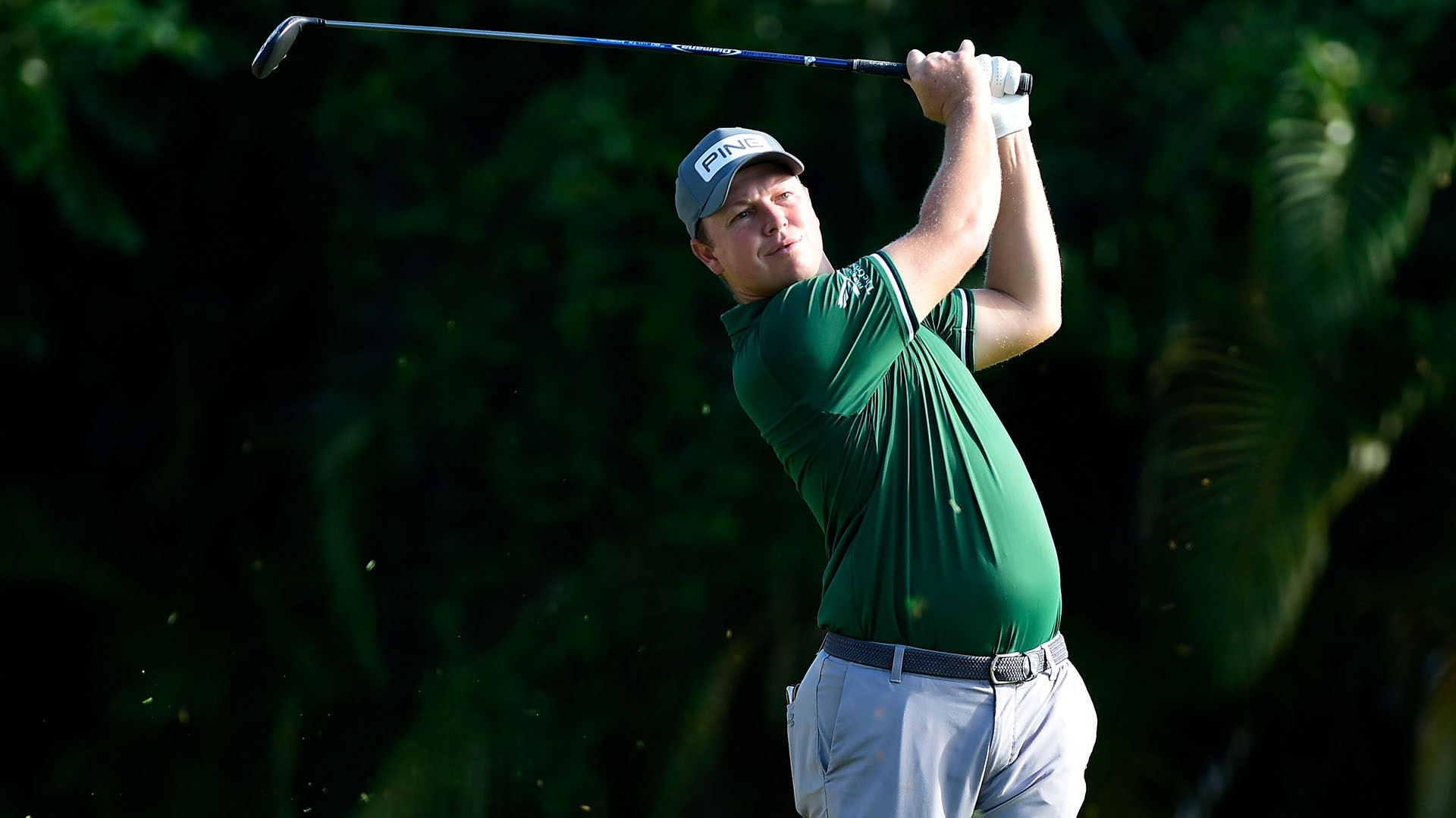 DUBLIN, Ohio – On Monday, M.J. Daffue had 11 birdies for a 63 to earn his second PGA Tour start at the Workday Charity Open, but it was his performance during Round 2 at Muirfield Village that was truly impressive.

Through 35 holes Daffue (pronounced Duffy) was 1 under for the week and a shot outside the cut before hitting his approach shot at the par-4 ninth hole to 2 feet for a tap-in birdie to salvage his spot in the weekend field.

“I knew that I needed birdie, simple as that,” said Daffue, who has Monday qualified on six of his last 10 attempts on the PGA Tour and Korn Ferry Tour.

For Daffue, his play this week is another solid step in a professional career that he admits has been “a rollercoaster.”

“My mother-in-law, she tripped over a manhole and fell in front of a car and she died. She was hit by a car in 2014,” Daffue said. “The end of '13 to about middle of '15, I wouldn't say that it was caused by her death, but obviously I was struggling with a few self problems like depression and stuff like that. It affected my game, especially when you start playing bad. You just go deeper into the hole.”

Daffue has rebounded in recent years and he earned his Korn Ferry Tour card in 2019.