Getty Images
VIRGINIA WATER, ENGLAND - MAY 20: Alvaro Quiros of Spain plays an iron shot from the trees at the 12th hole during the first round of the BMW PGA Championship on the West Course at Wentworth on May 20, 2010 in Virginia Water, England. (Photo by Richard Heathcote/Getty Images)  -

NORTH MYRTLE BEACH, S.C. – While this year's Masters was a tough act to follow, Hootie & the Blowfish had no problem holding its own Monday with its own little golf tournament.

Conducted at the Pete Dye Course at Barefoot Resort on the Grand Strand, the 18th edition of the Hootie & the Blowfish Monday after the Masters charity pro-am couldn't have been more perfect – unless of course they had found a way to convince 2012 Masters champion Bubba Watson to change his schedule for a surprise appearance.

The six-person scramble, featuring celebrities and pro players, took place under perfect sunny conditions and temperatures. The team of PGA Tour player Ken Duke and former NFL star Sterling Sharpe wound up winning with a 20-under par score of 52.

Duke's team won, but everyone was in a good mood, even as tournament emcee Charlie Rymer skewered the participants as they hit their tee shots on No. 1.

Nobody was safe from his barbs, not even tournament host Darius Rucker, front man for Hootie.

Rymer, a South Carolina native, made a loud whoopee cushion noise right in the middle of Rucker's backswing. The result was a block to the right as Rucker nearly fell over at impact, and a big laugh from the sizeable gallery.

Unlike the Masters, the golf Monday afternoon was about as non-serious as it gets. Rock and roll played on the tee boxes, there was live music in front of the clubhouse and fans didn't have to wait for the action to end to get autographs; players were generous on the tees and as they came off the greens.

For example, you can say what you want about John Daly, but the guy is still a rock star on the course. He signed golf balls, photos and programs by the dozens on each hole, posed for pictures in his now-signature Loudmouth Golf attire, and still hit the ball a mile off the tee to the delight of his followers and his teammates.

There were celebrities of every flavor. For NASCAR fans it was Kyle Petty and Michael Waltrip. Football fans got guys like former all-pro receiver Sterling Sharpe and quarterbacks Jim McMann and Tyler Thigpen. (Thigpen, by the way, won the morning long drive contest with a poke of some 350 yards – and it was mostly carry.) Former baseball players like Bret Saberhagen and Chuck Finley were there. Actors included Kevin Sorbo of 'Hercules' fame and scratch player Alfonso Ribeiro (Fresh Prince of Bel-Air). And there were plenty of musicians, of course, like Colt Ford, Johnny Lee and Hootie members Mark Bryan, Dean Felber and Jim Sonefield. A packed House of Blues got to hear from these guys later on Monday night as the fun continued.

Of course, some of the biggest names came from professional golf ranks, including Jim Furyk, fresh off his 10th-place finish at the Masters, and World Golf Hall of Famer and former No. 1 player in the world, Annika Sorenstam, who is a good friend of Rucker's.

For the seventh straight year, the event sold out with more than 6,000 fans in attendance, raising some $300,000 to $400,000 for South Carolina charities, much of it junior golf related.

'That kind of stuff of is really rewarding,' said Rucker, a University of South Carolina alum who was born and raised in Charleston. 'We're starting a scholarship program now. Helping somebody go to college -- that stuff is really cool.' 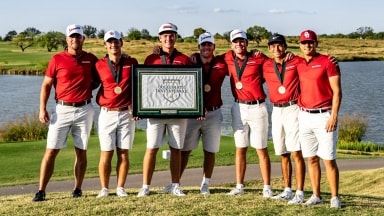 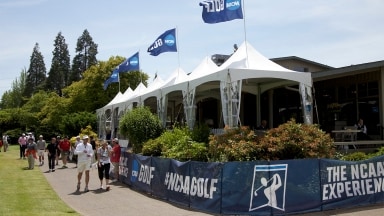 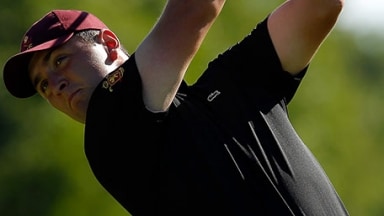