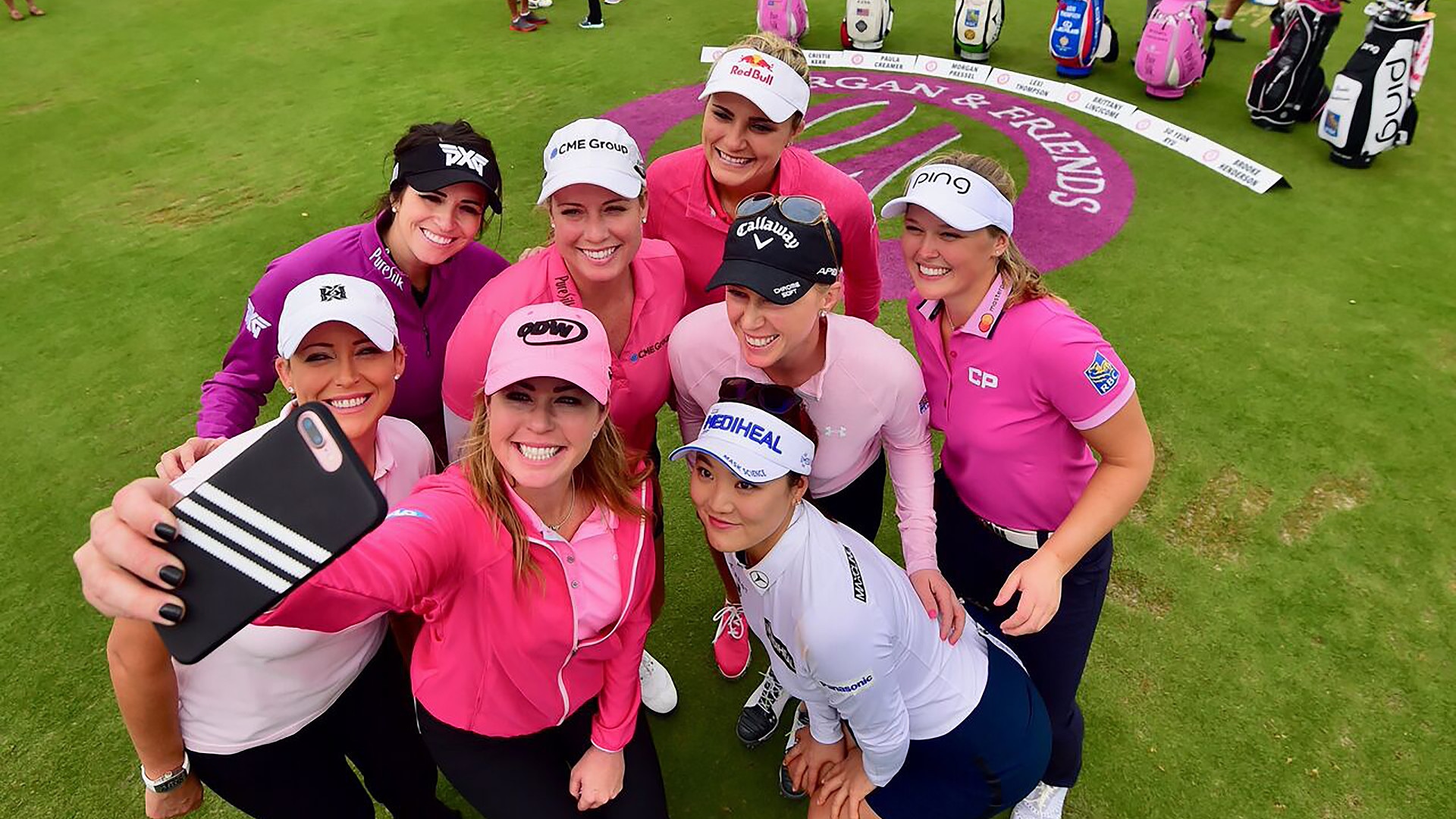 Her 11th annual Morgan & Friends Fight Cancer event has become her life’s work, and she reveled in its success again Monday at her home club at St. Andrews Country Club in Boca Raton, Fla.

With Pressel and all her friends raising an event record $1,010,622, her foundation is poised to upgrade the Kathryn Krickstein Pressel Mammovan with the purchase of an enhanced new model.

That’s the medical unit that makes digital mammography mobile in South Florida. It is named after Morgan’s mother, who died of breast cancer when Morgan was 15. It’s an especially important life-saving instrument to Pressel as it is now the only Mammovan making the rounds to communities in South Florida.

“Everyone else has cut their funding,” Pressel said. “That’s what makes ours even more special, even more important.

“The $1 million allows us to make a big difference, to make a big impact in the community. Our big goal this year was to raise enough money to fund a new Mammovan, because ours has been on the road for eight years now. It’s time for an upgrade with new technology, new equipment. That was really our main goal and focus.”

Pressel’s foundation has now raised more than $7 million to fight the disease that took her mother’s life. She said this event’s success should mean the new Mammovan will be on the road in a couple months.

The event featured an all-star cast of players, with Paula Creamer, Brooke Henderson, Cristie Kerr, Brittany Lincicome, Gerina Piller, So Yeon Ryu and Lexi Thompson all on hand to support the two-day event, but Pressel credits her St. Andrews community as being the real stars in the life-saving work.

“My name is on the center, but it’s not just me,” Pressel says regularly. “There should be 500 names on the cancer center.”