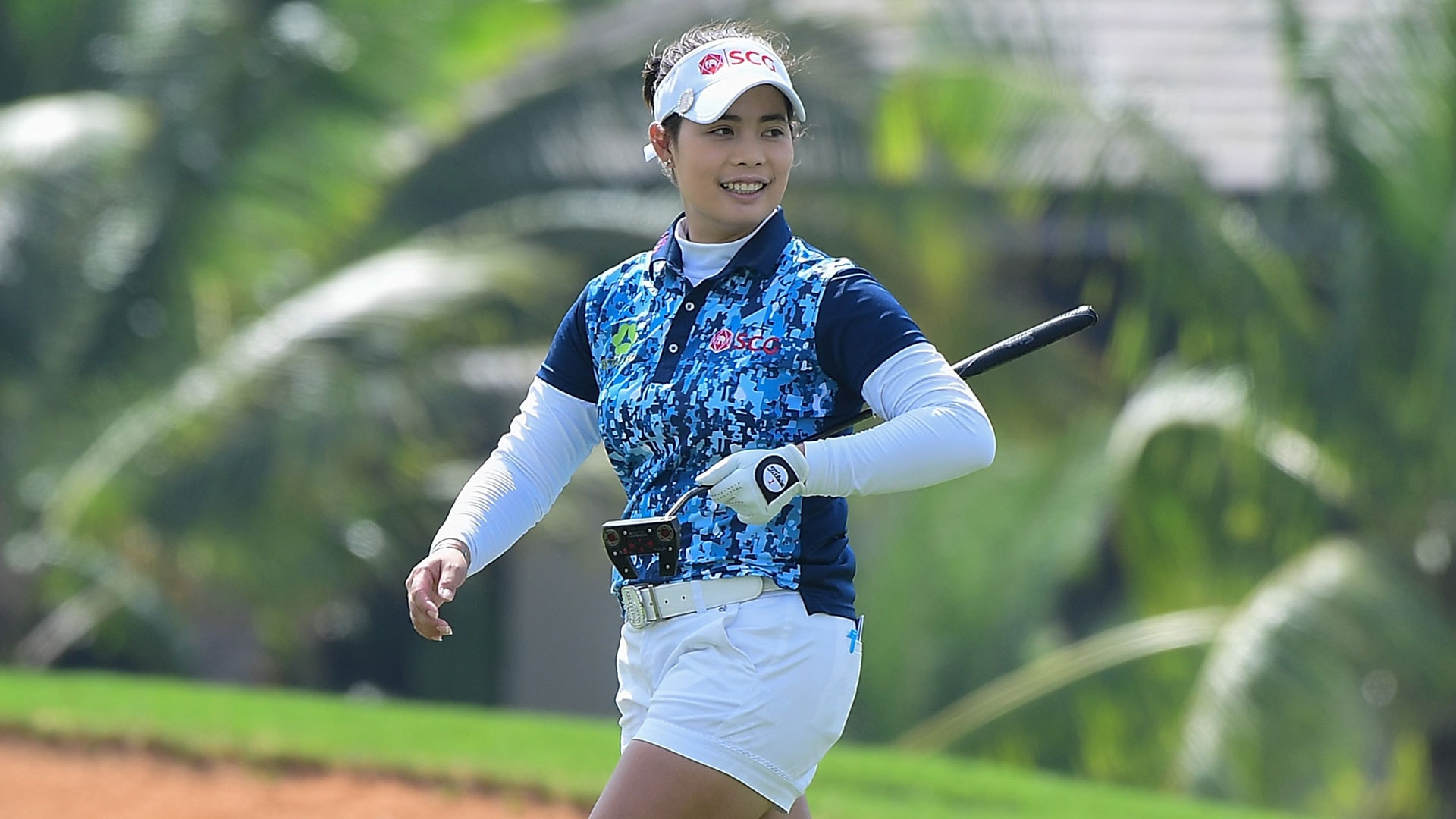 HAINAN, China – Shanshan Feng carded a 1-over 73 Friday to take a one-shot lead after the third round of the Blue Bay LPGA.

Feng, who won last week in Japan, had an up-and-down day with three birdies and four bogeys to leave herself at 7-under 209 overall. Feng is looking to become the first back-to-back winner of 2017.

''Given that today was actually very, very windy, I really held up ground, especially with my approach shots to the greens,'' Feng said.

''It's been pretty solid so far this week,'' Jutanugarn said. ''It just helps to be patient a lot on this golf course. Some lucky bounce and just ... it's golf. I'm really enjoying this week so far.''

No. 1-ranked Sung Hyun Park and Na Yeon Choi (both 68) moved up from 20th place into a tie for fourth.